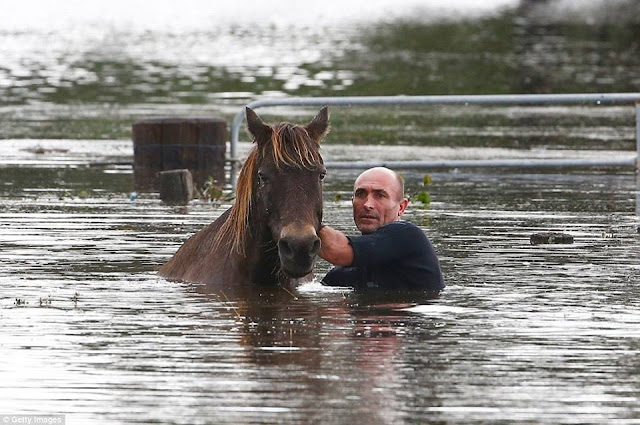 eartwarming photos have emerged of a man rescuing five beloved horses from the severe flooding in his rural town triggered by the worst storm in a century in New South Wales.

Steve Spowart helped the horses’ owner, Sonia Sharrock, to lead the animals to safety near Dungog, in the NSW Hunter region – one of the hardest hit areas in the state – where three people died in the severe weather, four houses were washed away and the town received the most rainfall it had in 100 years.

Mr Spowart, in a black wetsuit, paddled out to where the horses were stranded on his surfboard, past trees, bushes and fences submerged in the floodwater that was almost as high as his shoulders. The moving images show the concentration on his face as he moves towards the animals and his concern as he struggles to lead them out of the deep murky water.

In one photo, a startled brown horse attempts to flee as the man is kicked backwards into the water. The man and owner Ms Sharrock, in a green jacket, then appear to try and calm the animal to coax it to come with them without any reins. A young boy with a tin motor boat waits in shallow water as they walk a chestnut and two white horses out of the flood. 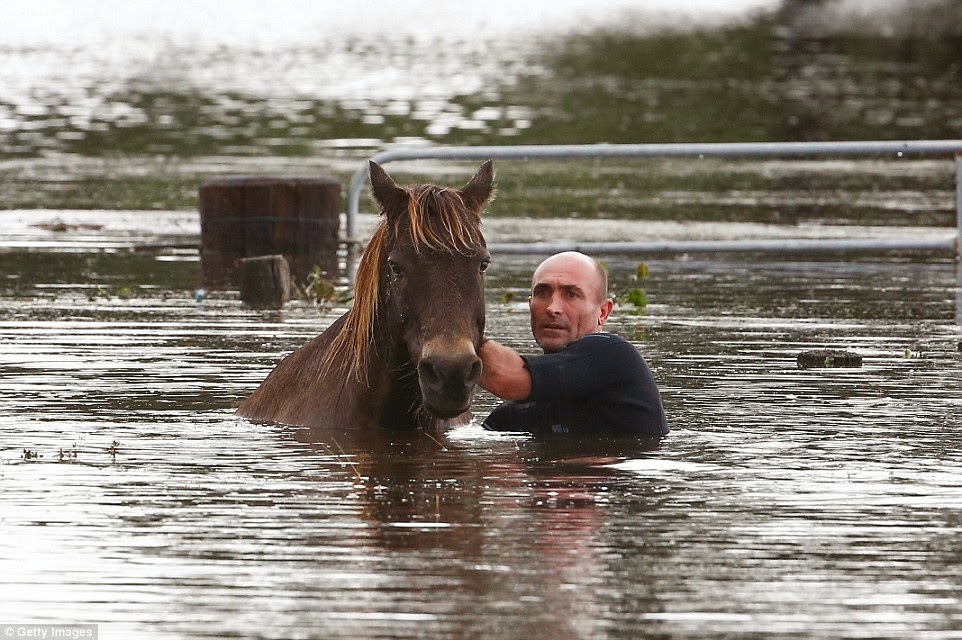 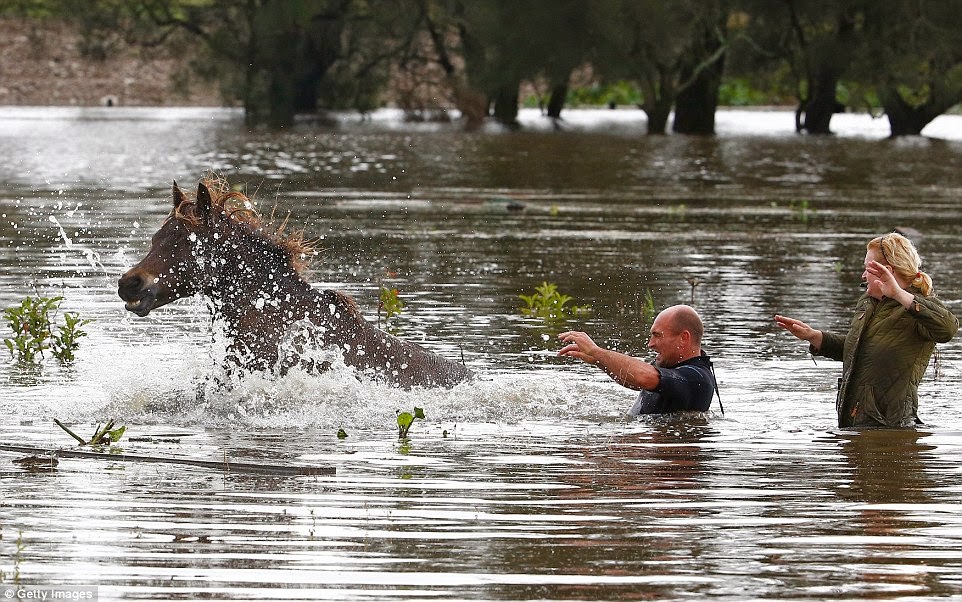 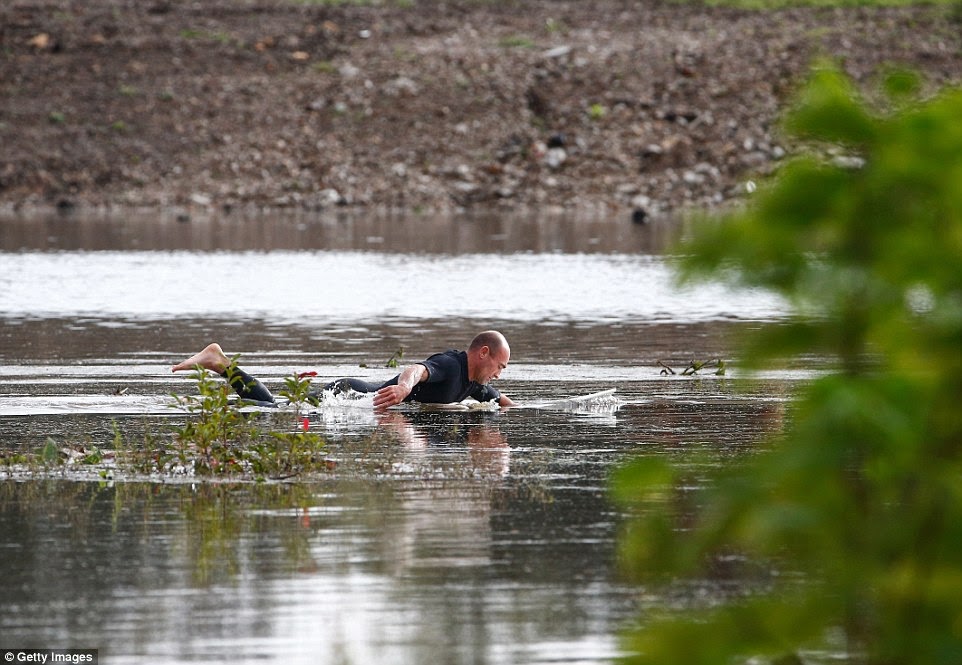 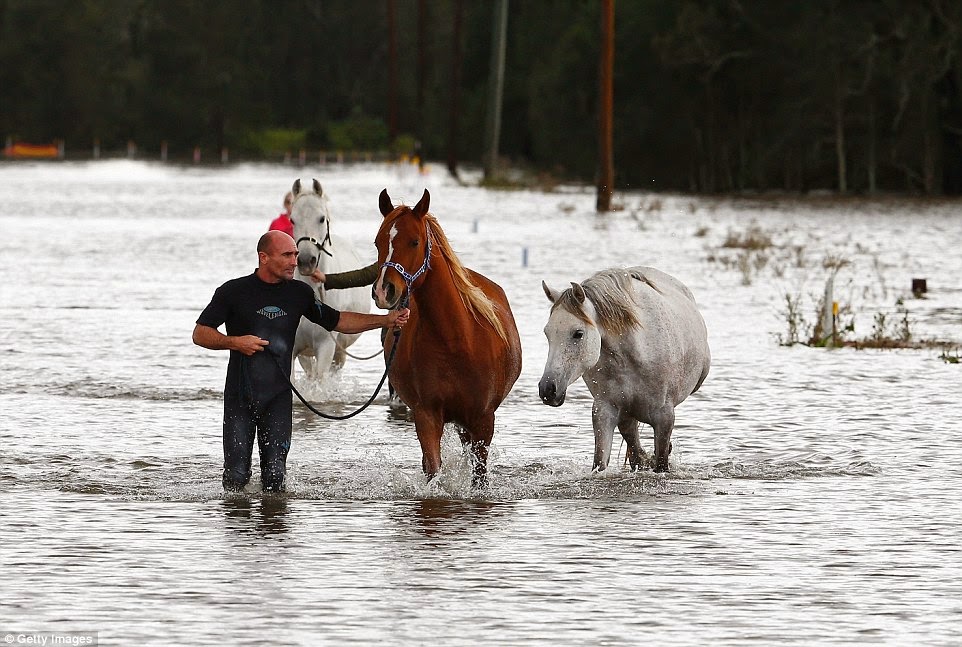 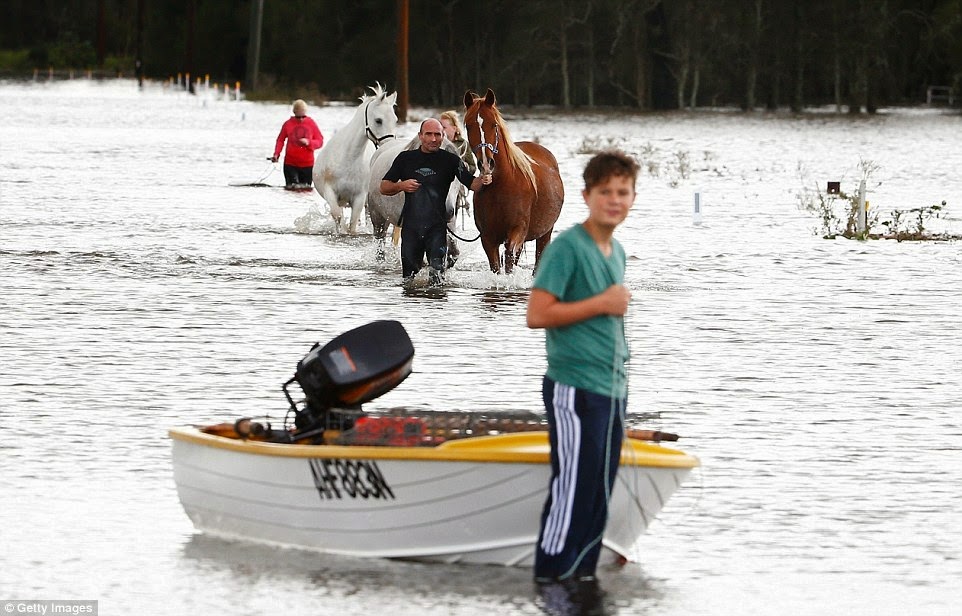