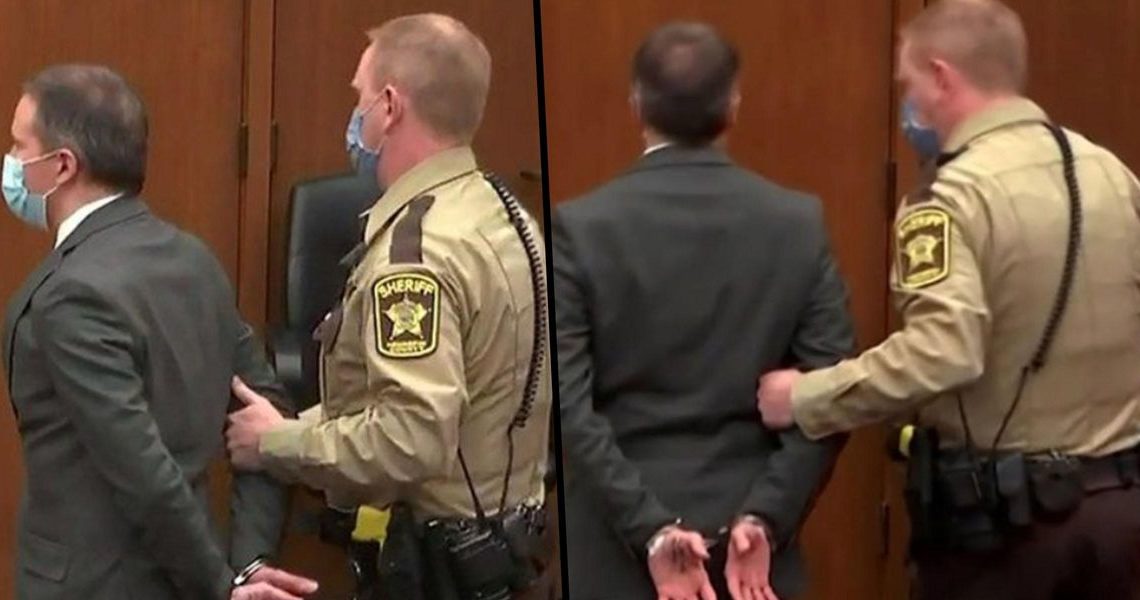 Derek Chauvin has been found guilty for the murder of George Floyd.

People noticed something out of the ordinary as Chauvin was leaving the courtroom and going to custody.

Derek Chauvin’s trial for the murder of George Floyd started on March 29.

The prosecution opened the case by playing the video of the moment the accused, Derek Chauvin, kneeled into George Floyd’s neck as he cried:

Prosecutor Jerry Blackwell told to the jury in the opening statement:

“You can believe your eyes. That it’s homicide, it’s murder.”

The court saw additional videos from bodycam footage from Thomas Lane, J. Alexander Kueng, and Tou Thao. They were with Chauvin when Floyd died and are facing aiding and abetting charges.

In this new footage, Floyd tells the cops that he’s willing to do anything, he begs them not to shoot him and mentions that he just lost his mother:

The defense of the now convicted former police officer stated that Floyd was in poor health.

However, Dr. Martin Tobin, a pulmonary and critical medicine doctor, testified. With 45 years of experience, he stated that George Floyd died due to Chauvin’s actions:

“Mr. Floyd died from a low level of oxygen, and this caused damage to his brain that we see, and it also caused a PEA arrhythmia that caused his heart to stop.”

The defense also claimed that late Floyd swallowed drugs and resisted arrest, which made his heart weaker.

That was not enough. 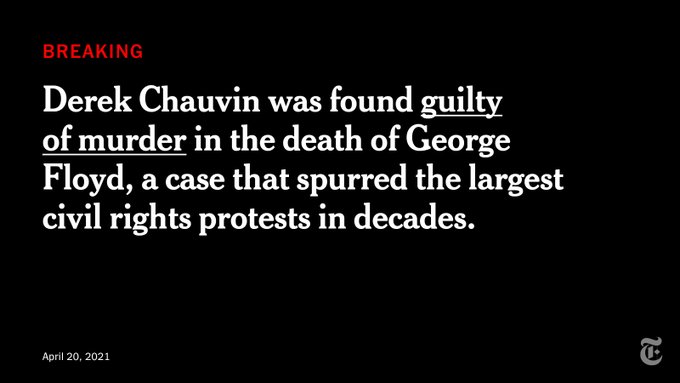 Millions watched the televised trial. But only some noticed that the former cop wrote something before he was escorted to his cell where he’ll be waiting for his punishment.

What Did Chauvin Write?

Many people took to Twitter asking what was on the former cop’s hands.

Seems #DerekChauvin had some notes written on his hand, or did he finally run out of paper? pic.twitter.com/8zlmLDAZkz 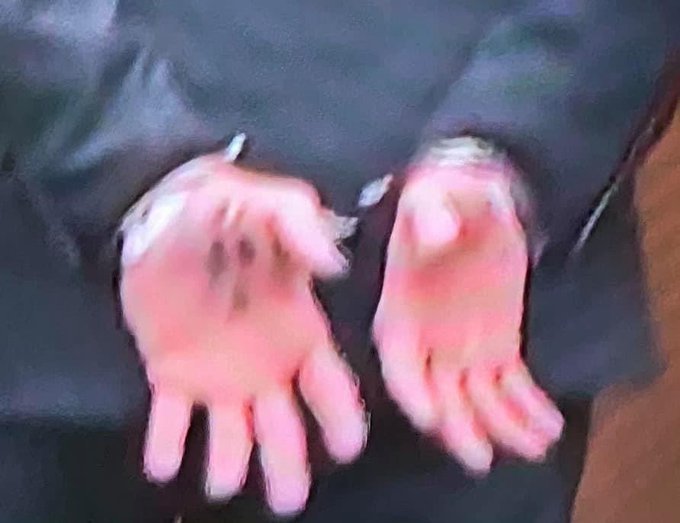 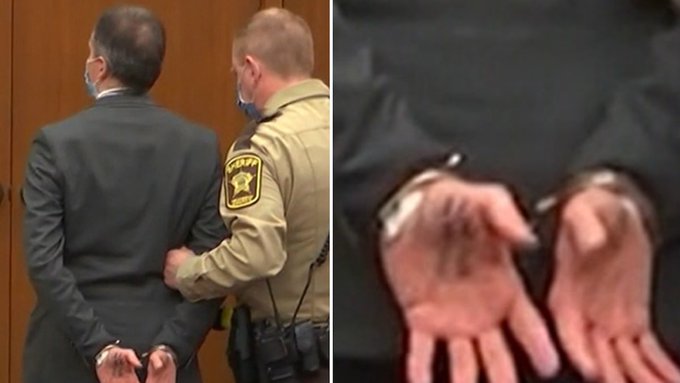 According to Chavin’s lawyer, Eric Nelson, his client knew he would remain in custody. Hence, he needed to have his lawyer’s phone.

He obviously knew that no jury would leave him off the hook. And he knew that he’s allowed to make one call. Here’s the reading of the verdict: