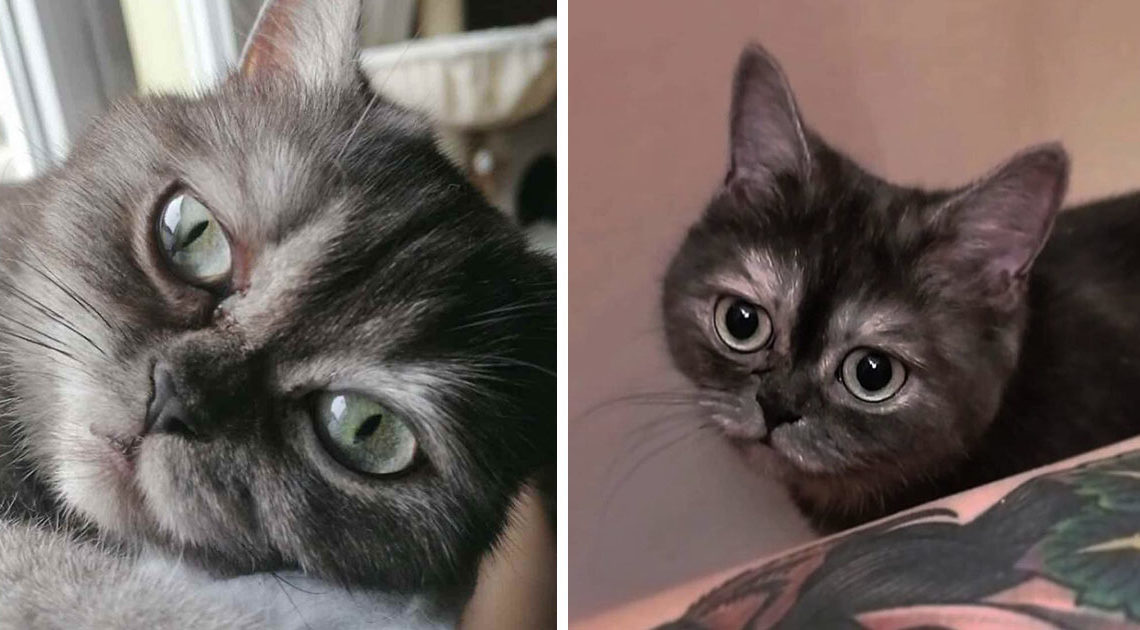 It’s always very sad to hear when a cat has spent a long time at the shelter waiting for the right person to come along and adopt them.

Well that is exactly what happened to this little kitty – meet Bean!

Bean was first discovered living as a stray cat in an abandoned trailer park before somebody rescued her. She was covered in battle scars and was in desperate need of medical attention.

They nursed her back to health and decided it was time to put her up for adoption as nobody had come forward to claim her.

Time passed, and so did the perspective adoptees. Every day Bean waited patiently for someone to take her home – but it didn’t happen until Francisca came along.

The shelter had decided to put Bean up on their website in the hope that she would catch somebody’s eye.

About a month later there was still no response until Francisca saw the picture of been and instantly fell in love.

“I wrote to the shelter and got a call back, asking if I was sure that Bean was the cat I wanted to meet, because nobody had ever been interested in her,” she said.

“I teared up at the thought that no one wanted her. So I made an appointment with them, because I was even more determined to meet her.”

It seemed that Bean’s grumpy face was putting people off, but Francisca did not see that, she thought Bean looked special and cute, and had to meet her.

The moment Francisca saw Bean in person at the shelter she was completely smitten and was ready to adopt her there and then.

It didn’t take long for Bean to settle into her new home with her forever human. “She made herself at home from the very first second. She laid down on the sofa and took a nap as if the couch was the most comfortable thing she had ever experienced.”

It was a far cry from an abandoned trailer park that’s for sure and before long Bean’s personality began to shine.

Francisca says that Bean is a little love-bug at heart and the grumpy look on her face only adds to her cuteness and covers up what lies within.

How could anyone not fall in love with her beautiful face.

Francisca says: “She went through so much and is finally home and getting the love she deserves. I can’t imagine my life without her. She is so special and amazing. I’m so happy she chose me to be her mother.”