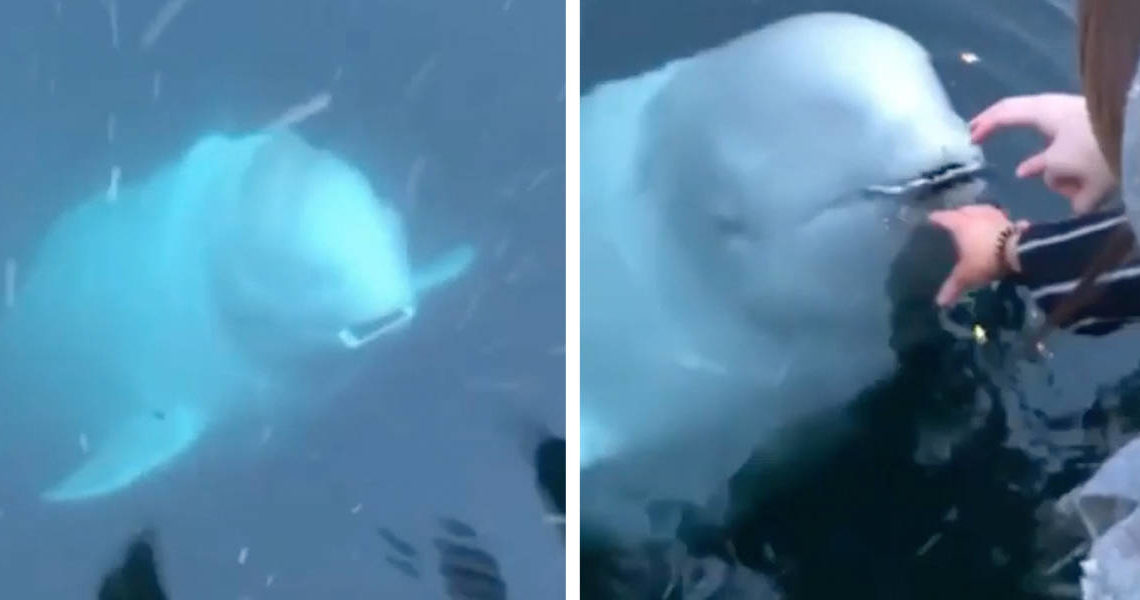 A couple of weeks ago, a mysterious visitor appeared in the open waters around Hammerfest, Norway — a beluga whale fitted with a harness.

Little is known for certain about the whale’s origins, but it’s suspected that he was trained by the Russian navy, from which he’d apparently defected. Since then, freed from the harness, he’s continued to linger nearby. 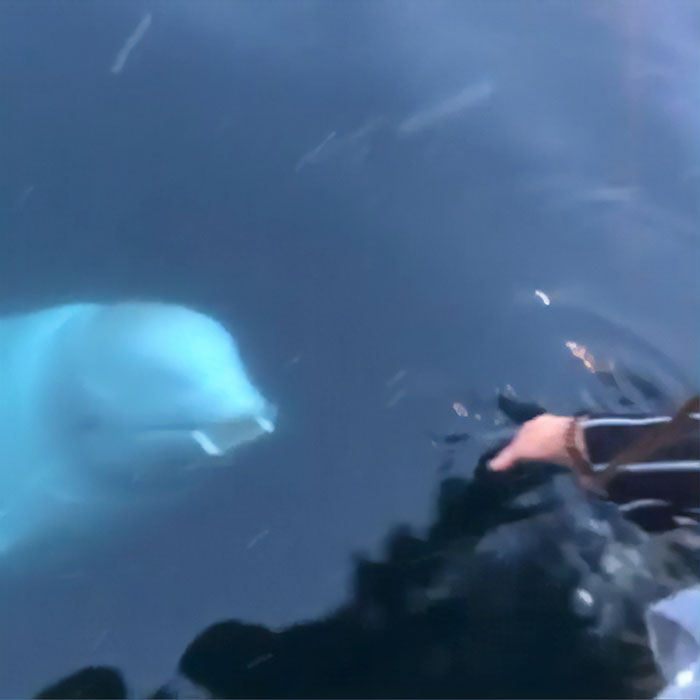 Recently, however, something was discovered about the whale’s personality: He’s actually quite considerate!

The other day, while out and about in Hammerfest, Ina Mansika and her friends decided to head down to the waterfront to see if they could spot the alleged former spy. It was then that something pretty amazing happened.

Not only was the beluga whale there to greet them — he came to the rescue when Mansika had a mishap.

“We laid down on the dock to look at it and hopefully get the chance to pat it,” Mansika told The Dodo. “I had forgotten to close my jacket pocket and my phone fell in the ocean. We assumed it would be gone forever, until the whale dove back down and came back a few moments later with my phone in its mouth!”

“Everyone was so surprised. We almost didn’t believe what we saw,” she said. “I was super happy and thankful that I got my phone back.” 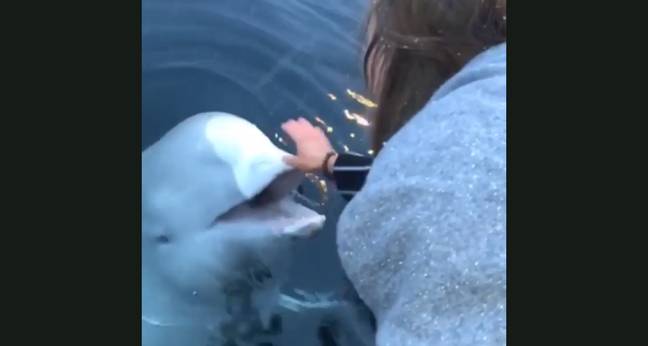 Unfortunately, water damage had made the phone inoperable by that point, but Mansika was appreciative regardless: “I love animals!” she said. “The whale is so kind.”

It’s unclear if the beluga whale is too accustomed to humans to thrive in the wild on his own, given his apparent training, but officials say they are keeping his best interests at heart. According to the Washington Post, a plan is being considered that would have him relocated to a sanctuary in Iceland — a thoughtful gesture toward one who’s already shown the same.