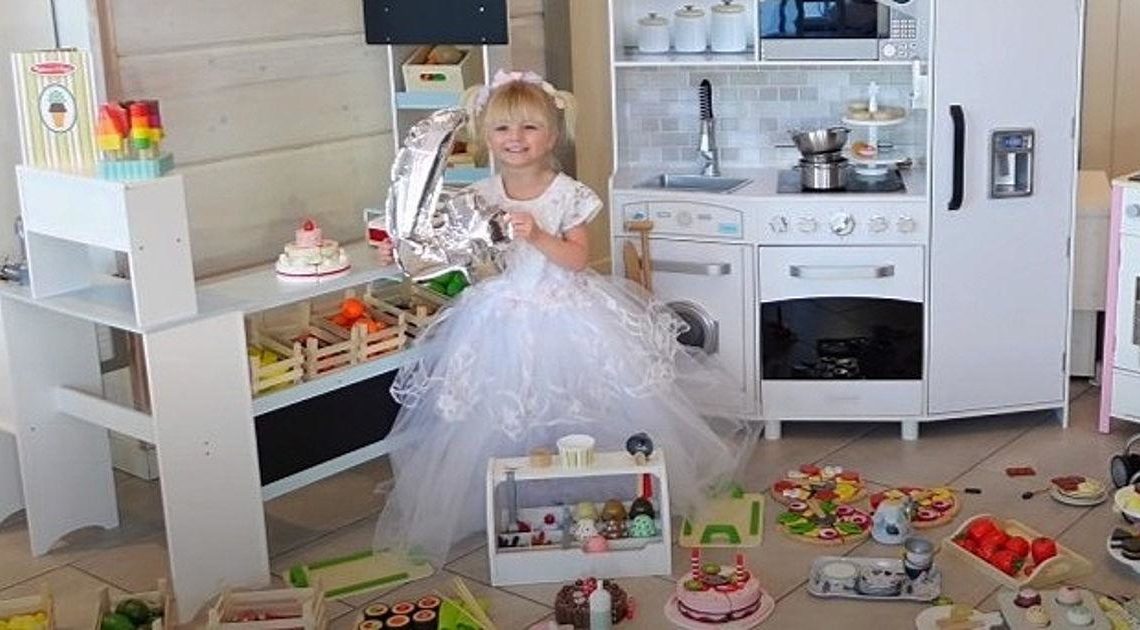 Taina Licciardo-Toivola is a Finnish-Australian mom of 10 who homeschools all of her kids, which means she’s been teaching for 20 years. At one point, she had three children under the age of two. She had to put three cribs in her room at night just to keep up. Her kids are Leonardo, Romeo, Jerusalem, Cleopatra, Shakespeare, Omega, D’Artagnan, Nefertiti, KingJames and Aphrodite.

In December 2017, Taina posted her first vlog to Youtube, which chronicled the moment Omega was brought home and introduced to his nine siblings. Subsequent videos show what goes on in the life of a mother of 10. Taina’s videos are pretty popular. The first video she posted has nearly 3 million views and her channel has almost a million subscribers.

In another video from February 2021, Taina shows off her daughter Aphrodite’s fourth birthday and shares that she spent almost $5,000 on birthday gifts. The party was a big celebration for the 4-year-old and included pink balloons, a cake and a build-your-own pizza bar. Taina revealed that she had spent five months finding and purchasing the extravagant haul. The video showing off Aphrodite’s party has 5,000 likes but 400 thumbs down.

Taina’s life is very different from a typical family, and her Youtube videos show off those differences in a fun and interesting way. For example, in one video, the mom shares what they buy on a weekly grocery trip and how they need four carts to feed the entire vegan family. Keep reading to learn more about Taina and her kids. 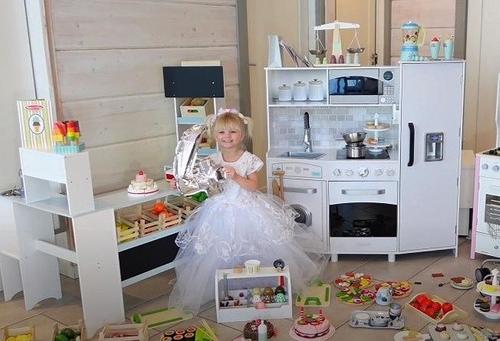 In the Youtube video about Aphrodite’s party, the mom explained that the gifts may seem like a lot but Aphrodite isn’t the only one to benefit. “I think it came to four-and-a-half thousand American dollars. But they can all play with it also,” Taina said — including her other kids.

The mother elaborated about the event on her Instagram page. She wrote, “We couldn’t decide what gifts to buy Aphrodite for her 4th birthday party so we just bought them all!” the mom wrote in a post on Instagram. “She didn’t know what to do when she saw them. There are two kitchens (one country style & one modern style), and one shop. All three with ALL THE ACCESSORIES!”

There were some disagreements in the comments about the excessive gifts. “I thought you lived a minimalist style,” someone pointed out. “I guess one person’s minimalism is another person’s excess.” Another commenter was more straightforward: “This is way too much stuff for one child…”

Other Instagram users were thrilled by the extravagant presents and thought they were worth it to make Aphrodite so happy. “This is so gorgeous! I watched with a smile the whole time,” one person commented. “I absolutely love it. We also bought a kitchen for our princess for her 4th birthday but 100 times smaller,” someone else shared.

“The pure joy in her eyes made my day,” another person added.”It was the best! (These) were such creative and thoughtful gifts.”

And another commenter summed up what we were thinking about as we watched Aphrodite open her presents: “Who cleans up the mess?” 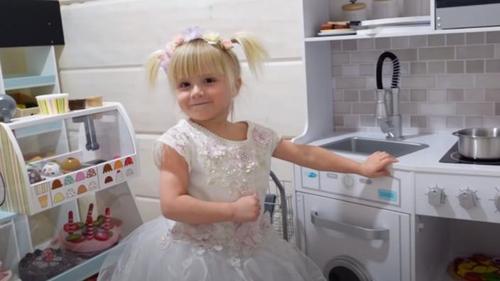 In a different video, Taina shows how she shops for enough groceries to feed her family of 12. They end up purchasing four carts full of vegan food per week. “We don’t usually try new products out, we just leave things because otherwise you’re just going to start buying it and that’s not a good thing. One thing we’re going to get is some frozen vegetables just in case, like the beans, if you’re in a big rush,” the mom explained.

Taina also explained that the family likes to pick their own fruits and vegetables when they can. She added, “We’re going to buy two bags of frozen vegetables and they might be there for a few months. I don’t buy berries or mushrooms. We pick our own mushrooms all over Finland.”

At the end of the video, Taina had some advice for parents of picky eaters. She said: “I hope you enjoyed our shopping trip. Our children are not fussy, they eat whatever we give them. I hear parents say their kids are really fussy but if you just say ‘this is what you’re eating,’ they will learn to eat that way. Give it a few weeks, they’re not going to die. Give them what you want them to eat, they will learn not to be fussy.”

When asked what her favorite part of being a mom of 10 is in another video, Taina replied: “I can’t think of one thing. My favorite thing is that my whole dream of what I wanted is complete. I have more than I had ever imagined, so every day is a bonus.”

What do you think of all the gifts for Aphrodite’s birthday party? Were they too much? Let us know your opinion and be sure to send this on to your friends and family.