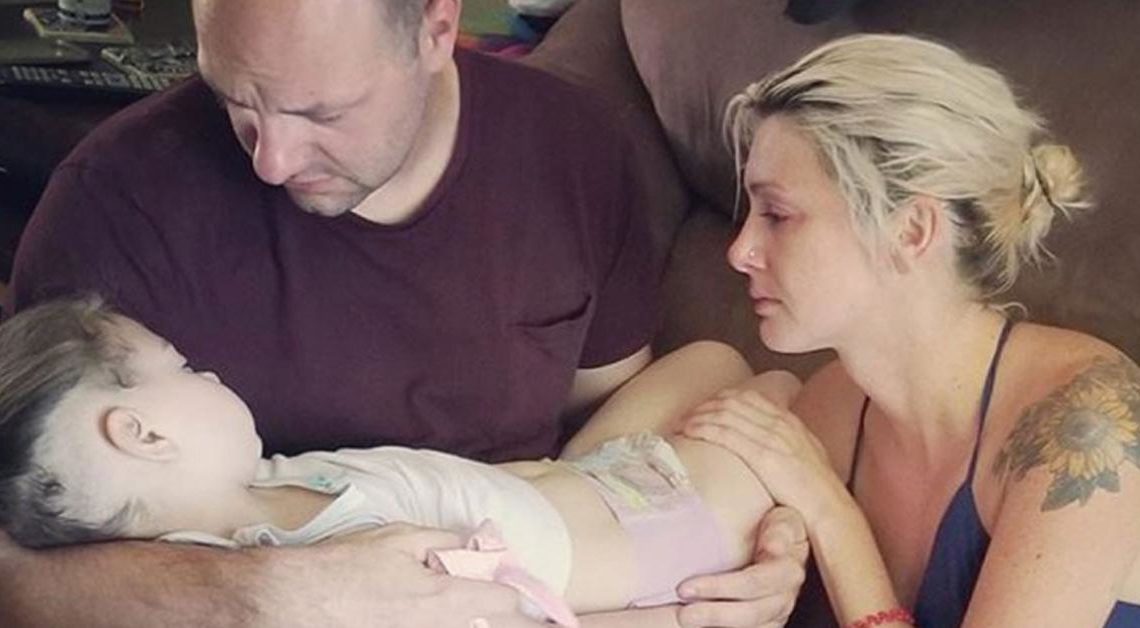 5-year-old Zoey Catherine Daggett was a child who loved to play, just like any other girl her age.

But two years ago, Zoey sadly passed away after a two year battle with cancer.

Her parents are mourning their beloved daughter, and received support from all over the world — after spreading photos of her last moments on earth on Facebook.

Zoey was only three years old when she was diagnosed with cancer.

She grew up in a loving family and before the cancer hit, she was full of energy and always in motion, just like so many other children. She was sweet, playful, and happy. 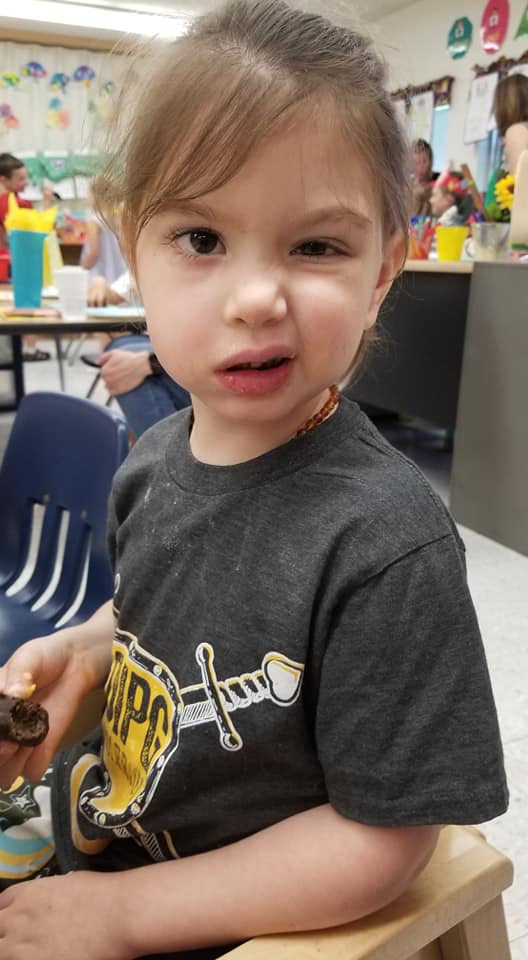 But one day in July 2016, everything changed. The little girl from Fairport, New York, fell while playing in the park. Her parents Caseby and Ben took her to the doctor because their daughter limped. They expected a fractured ankle at worst, but the doctor couldn’t find anything on the X-ray.

A couple of weeks later, she lost power in both hands, according to CBS8.

Her parents began to get seriously worried and realized something was wrong with Zoey, so they took her straight to the hospital. And what the doctors found on their daughter was a shock to everyone. 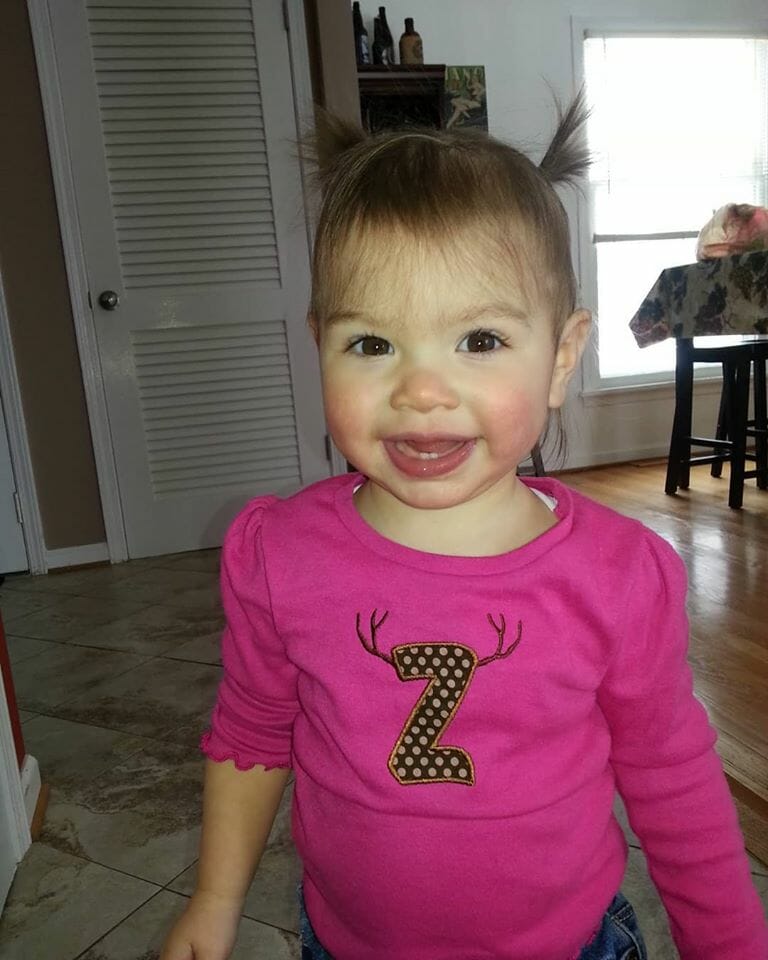 When they arrived, they heard something they will never forget, a message they will carry in their souls forever. The doctor told them that their beloved little daughter, so full of life and love, had DIPG — a rare and aggressive brain tumor.

Unfortunately, the survival rate for DIPG remains very low. At this time there is no cure for this tumor. Children are giving 6-18 months from diagnosis to live; typically.

”We didn’t know what to do, where to go. We were told it’s pretty much a death sentence,” mother Casey told Daily Mail.

The family would suffer a tragedy and nightmare one would never wish on their worst enemy. But for Zoey’s sake, they kept themselves together and tried to be strong. 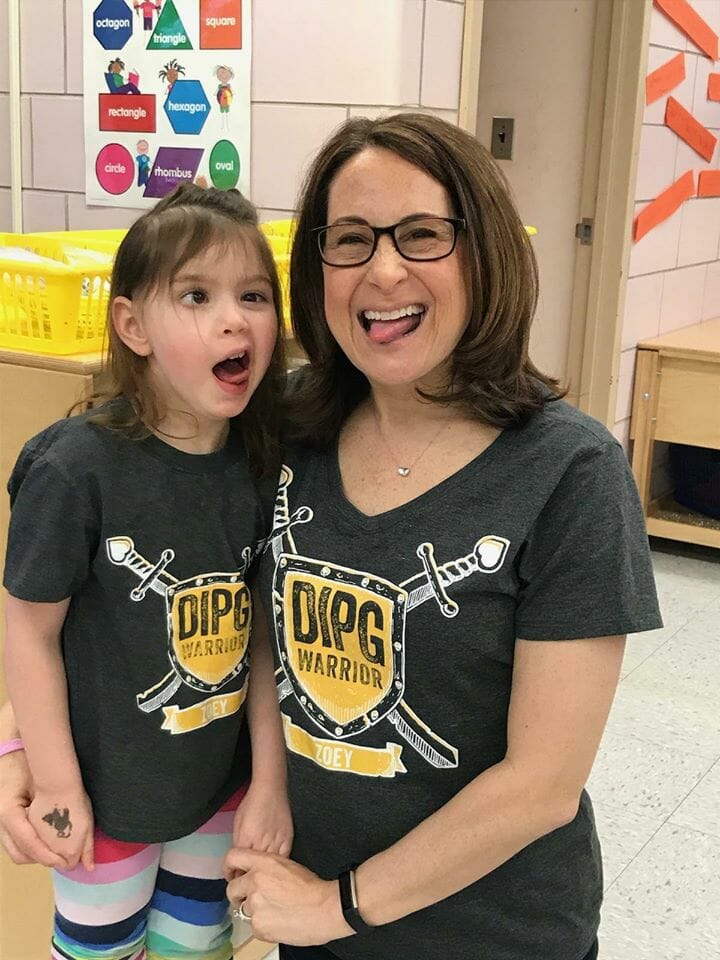 Over the following two years, Zoey would go through several treatments for her cancer.

Throughout it all she smiled, laughed and wanted to experience everything in life, according to her family.

The family found a clinic in Germany where Zoey responded well to a radiation treatment. A friend of the family organized a fundraiser – and managed to raise $ 46,875 in no time.

But after a while she stopped responding.

She began to feel worse, faster. The unthinkable was about to happen. On July 4, 2018, Zoey left this world peacefully in her home in the United States.

While her imminent death was naturally devastating for the family, her parents realized shortly before it occurred that they could share some precious final moments together. 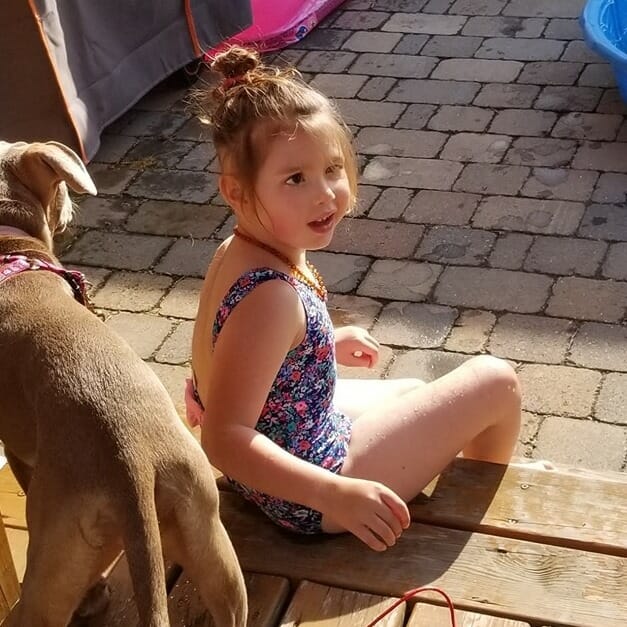 Up until her final minutes, Zoey continued to spread joy. Her parents asked all relatives and friends to come home to them and see her before it was too late.

“I shared it because even though it’s a painful moment, it’s a beautiful moment in our eyes,” Casey told Daily Mail.

The picture shows mom and dad with their arms around their precious daughter. They’d sat down on the couch with the family’s dog.

They’d spent the day to singing Disney songs. A Harry Potter movie played on television. And amidst the peace, the calmness, Zoey was suddenly gone. After about half the movie, Zoey’s heart stopped beating. 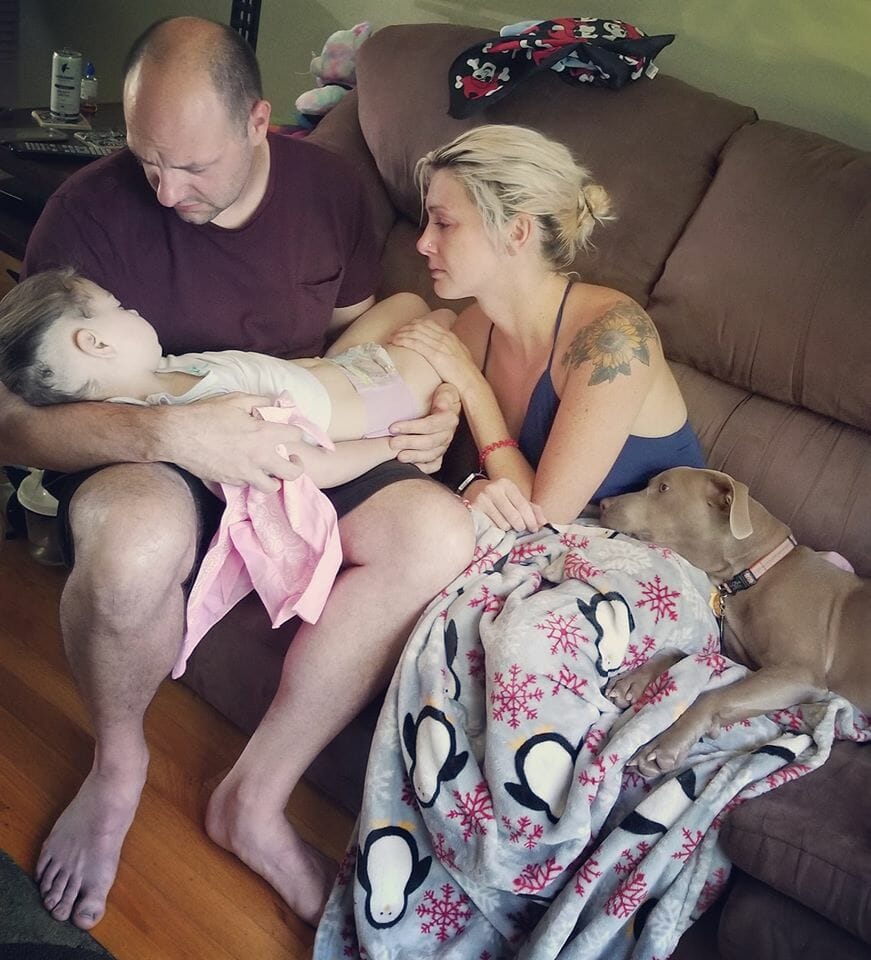 ”I had seen a handful of families sharing moments and originally I didn’t think I was going to share it. ‘But I thought: “I want a photo like that taken”. I want those moments captured so I can remember them forever even when my brain is gone,” she told Daily Mail.

On the Facebook page Zoey’s Light, the family now wants to spread the hope and light that Zoey gave the world all those years before her death.

They want Zoey to inspire others to help each other, and to love each other fully, gratefully — one ordinary day at a time. 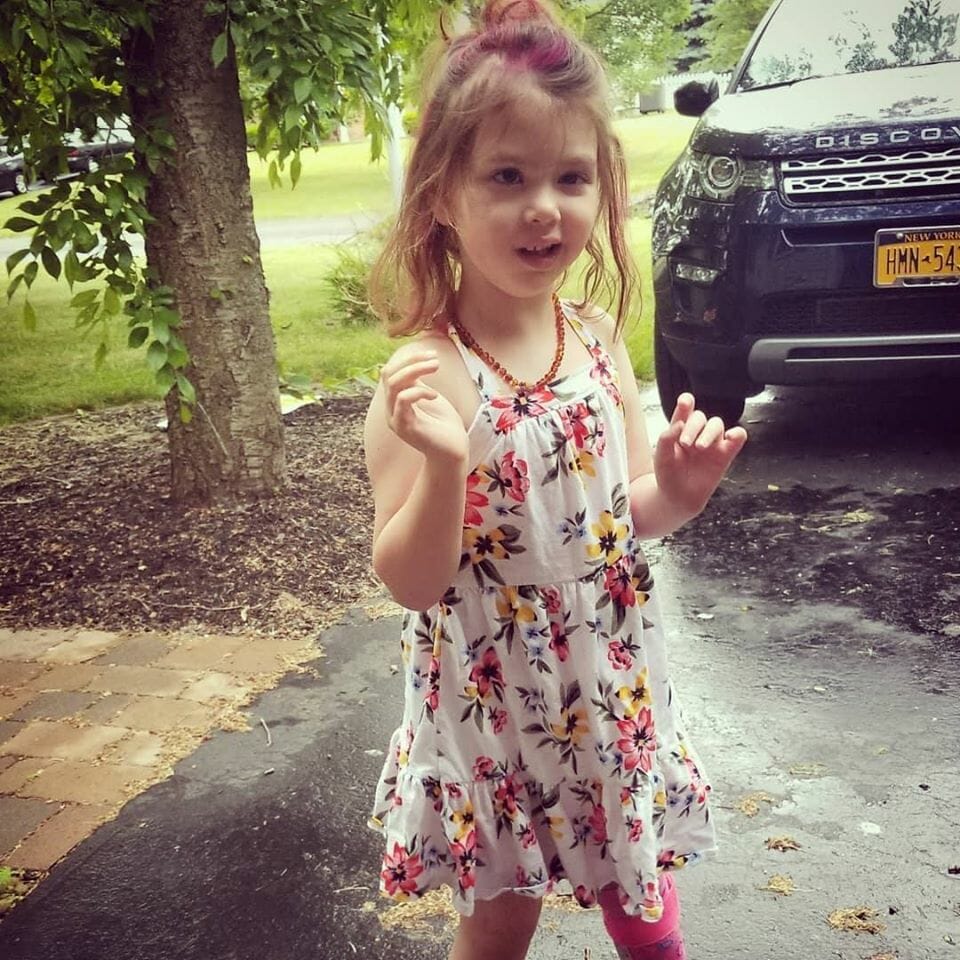 No mother or father should ever go through what Caseby and Ben had to go through. The only consolation is that Zoey knew during her last hours that she was loved and will never be forgotten.

Cancer is really the worst thing I can think of. Especially when it targets children.

Zoey’s story is such a reminder to use all your days as if they were the last. To love like there is no tomorrow.