More than $200,000 raised for mom of three facing eviction after losing her job 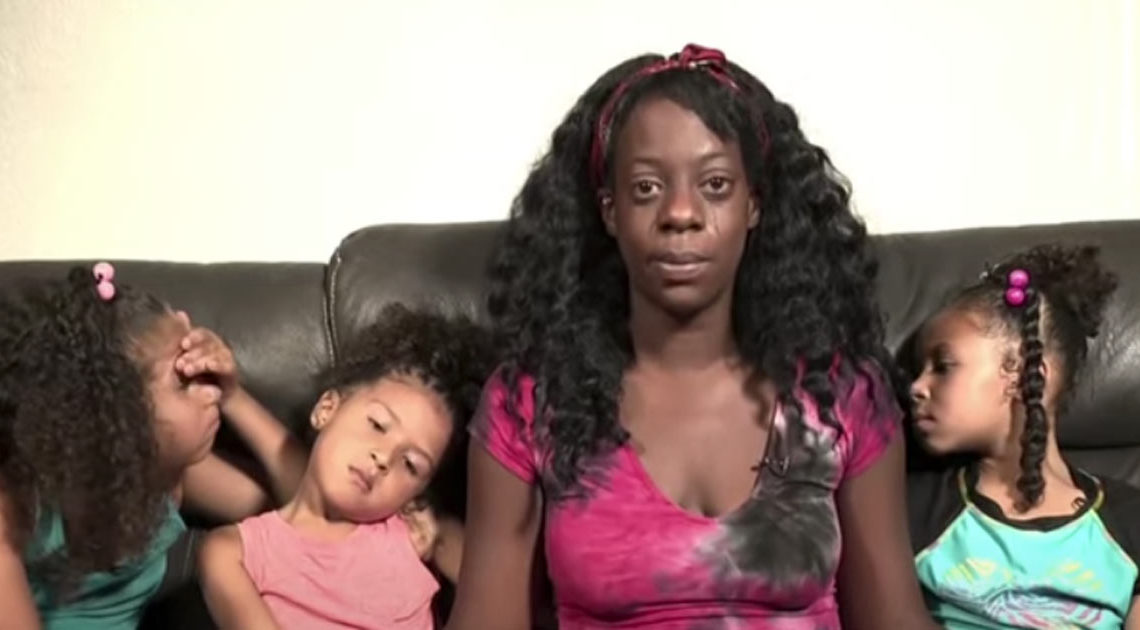 Dasha Kelly used to have a furnished apartment in Las Vegas, but the COVID pandemic has forced the mom of three to sell or pawn pretty much all she owns.

Her three young daughters now have to sleep on the floor and play with what few toys they have left while mom Kelly donates blood plasma so she can afford to buy groceries.

The one thing the Las Vegas mom knew she wasn’t going to lose was the roof over her head – or at least not while the federal eviction moratorium was in place.

Last year the 32-year-old mom of three girls aged 8, 6 and 5 lost her job as a card dealer after the pandemic forced casinos to shut down.

This came to an end on Saturday, July 30 at midnight, leaving millions of Americans receiving 24-hour eviction notices and waiting for that knock on the door.

Kelly said she had tried everything to get back on her feet but with no car or computer and looking after three children, while trying to find the money every day just to feed them, it hasn’t been easy.

She said her kids don’t know what’s going on adding it was “something I’m afraid of telling them. How do you explain that to your kids I don’t have the words, I think I’ll just break down crying,” she told CNN, while sitting on the one of the last pieces of furniture she had left in her apartment.

“All I can do is hug them and tell them everything is going to be okay.”

Her last resort was to set up a GoFundMe on Monday night in the hopes of raising the $2,000 she owed in back rent.

“We owe $1,900 for rent alone not including utilities,” she wrote on the page.

“I will figure out utilities by pawning a few things. As you all know it is entirely still too hot to be homeless. My daughter’s are aged 5, 6, and 8. Please help with anything you can.”

After finding out just how much had been donated Kelly said: “It gave me a lot of hope. And I just want to make sure I do the best that I can to help the next person that is in my same situation.” 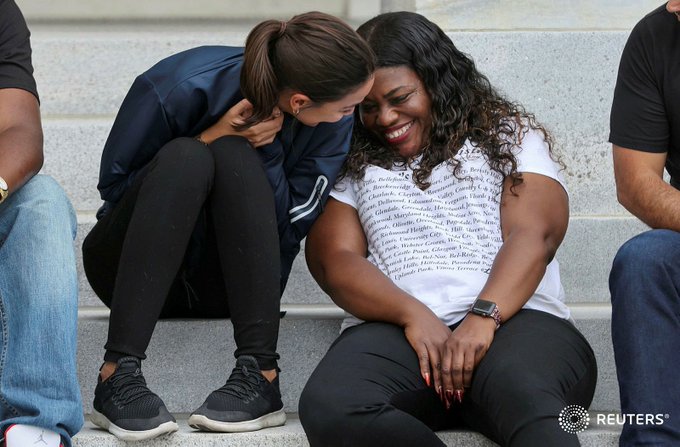 On Tuesday the U.S. Centers for Disease Control and Prevention issued a new stop on certain evictions, saying that evicting people could be detrimental to public health and would interfere with efforts to slow the pandemic.

The new moratorium applies to areas of the country with high or substantial transmission of COVID-19 and will last until October 3, according to the announcement. 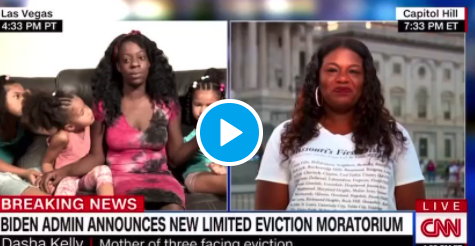 This pandemic has affected millions of people in every way of life and not just their health. It’s important that governments not only work to combat this health crisis but also protect people from losing their homes because of it.

I’m glad this latest extension has been introduced but only time will tell if it’s enough and I hope Kelly can look forward to a more secure future. Please share.