Mom wants to warn all parents 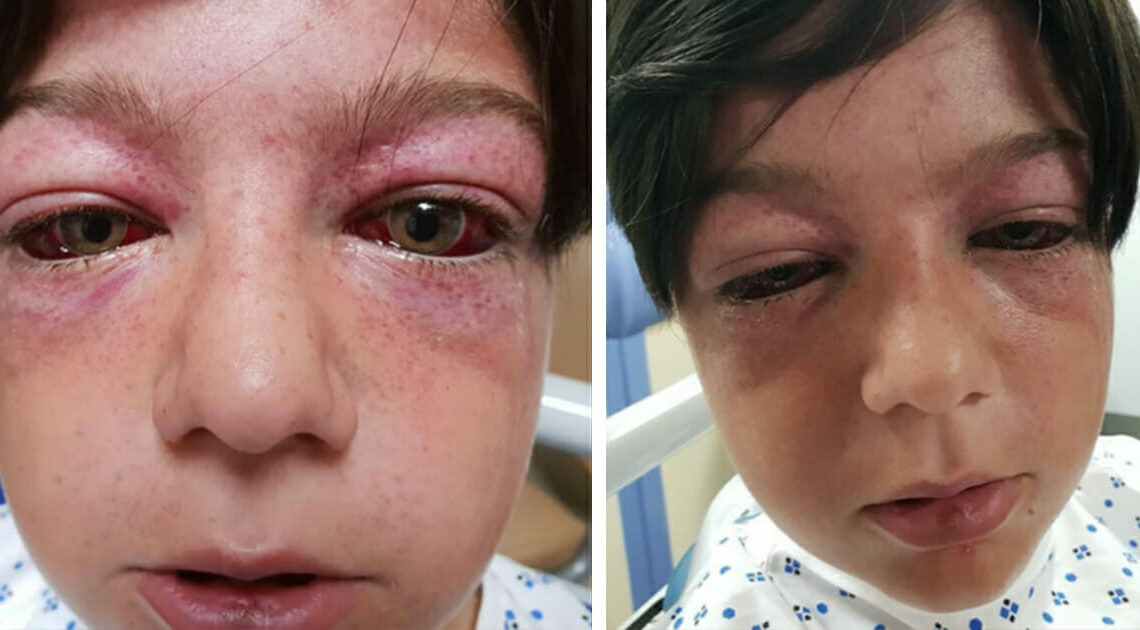 We all do silly things as kids. After all, part of growing up is learning when to say no to something that sounds dangerous.

Unfortunately, children are susceptive to peer pressure and the like – even the most intelligent young people can be coerced/convinced to partake in stunts that can have dire consequences.

Just ask the parents of 11-year-old Tyler Broome, who suffered horrific injuries after trying a new YouTube craze known as ‘the roundabout of death’.

Yes, the name alone pretty much tells you the salient facts of the matter, but for Tyler it wasn’t so much an incredibly dangerous stunt as a way to show his friends how fearless he was.

The 11-year-old sustained injuries consistent with those seen in fighter pilots, when he was subjected to extreme gravitational force (G-force).

The craze he participated in – known as the ’roundabout of death’ – sees participants sitting in the middle of a playground roundabout whilst it’s spun at high speed using the rear wheel of a motorcycle.

Shortly after the ordeal, Tyler was found unconscious near the roundabout, left with possible damage to his brain and vision.

It’s believed he was subjected to the sort of G-force usually only encountered by pilots and astronauts.

As per reports, fluid and blood may have been forced into the youngster’s brain, causing damage to his vision and giving him bulging eyes as seen in the picture below.

The shocking footage of Tyler on the roundabout has since been circulating online. At one point in the video, it looks as though Tyler passes out, but the teens around him don’t seem to realize it and so continued to rev the motorbike’s engine. 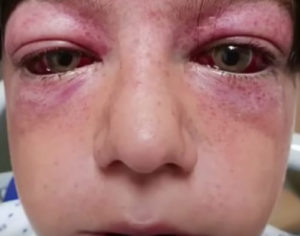 It’s reported that Tyler was at a local park with a friend when they were approached by a group of older teenagers who dared them into the game.

“I don’t recognise my child – he is on the verge of having a stoke. Tyler sat on the roundabout, and the boy who came over was about 17. Tyler doesn’t know him, they are not friends,” his mom Dawn said, per British newspaper The Independent.

“He puts his motorbike on the floor, gets the roundabout spinning at such a speed. When they all stopped, the group just cleared off – it is bullying.”

Dawn claimed that hospital staff had never seen such injuries and had to do research before they were able to begin treating her son.

“The injuries were so extreme, he just looked like the Elephant Man. They have never seen it before, they are going to make a medical report from it.

A police spokesman confirmed that Tyler is a stable but serious condition in hospital.

Parents, you should know by now that children are susceptible to trying things we adults would stay well clear of.

Our thoughts and prayers go out to young Tyler and his family. Share this story to spread the warning over an incredibly dangerous game.