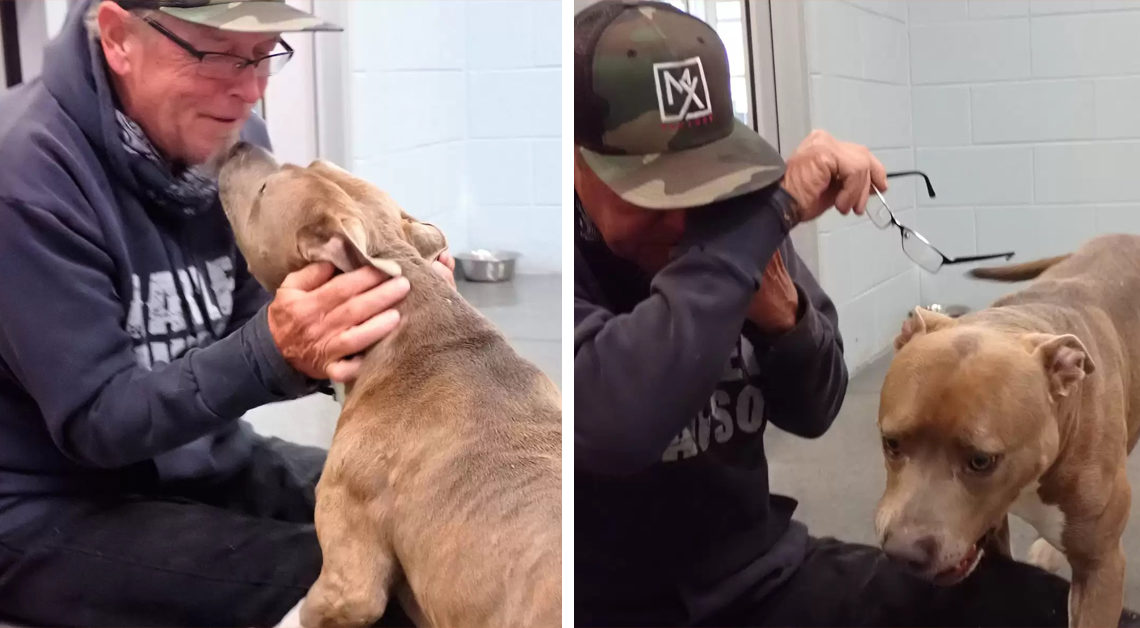 In early April, the Washington County Animal Shelter received a call: a stray dog named Blue had shown up at a stranger’s house, looking for a safe place to rest. An animal control officer rushed over to pick up the pit bull mix and bring him back to the shelter.

No one knew how long Blue had been on the streets, but the homeless pup seemed to love every human he came across.

“He was a happy-go-lucky dog,” Tammy Davis, the shelter’s executive director, told The Dodo. “He was a little shy at first, and he wasn’t very fond of all the other dogs being around him, but he was extremely affectionate to people and very loving to the staff.” 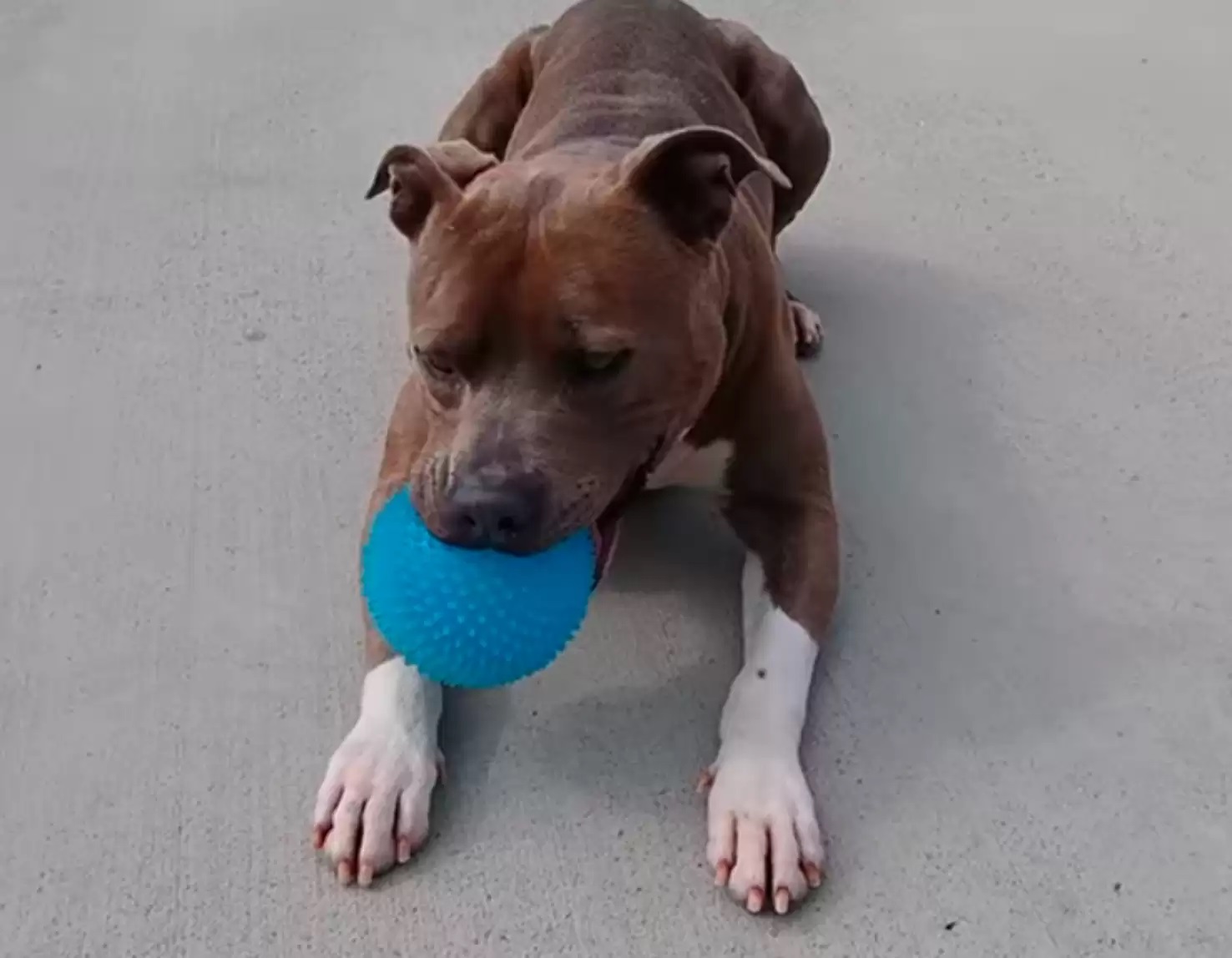 Due to the COVID-19 pandemic, the shelter had to close its doors to the public and make any visits by appointment only. With less foot traffic, Blue sat waiting in his kennel for months — which turned out to be a blessing in disguise. 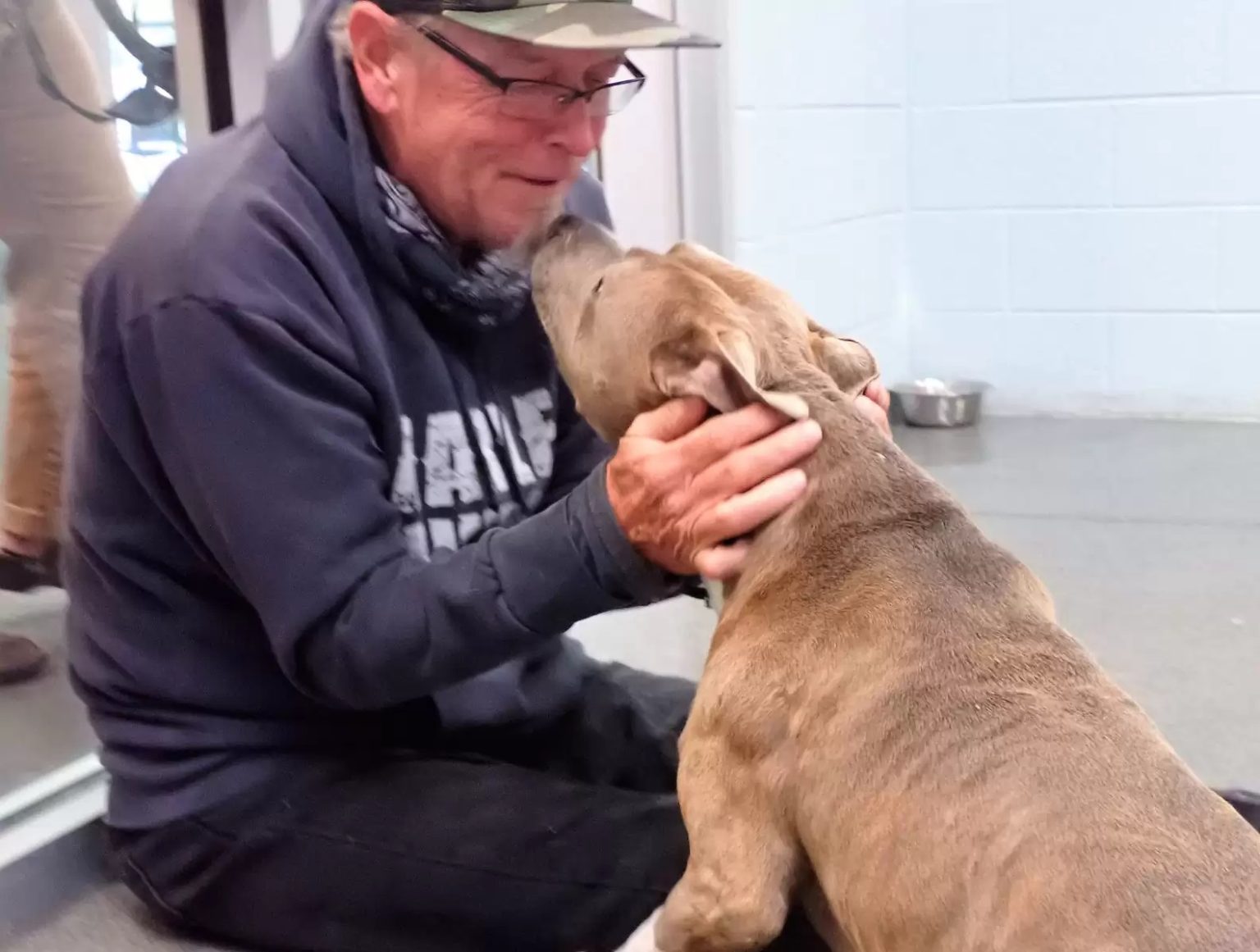 To introduce Blue to some potential adopters, the shelter posted a video of Blue playing with his favorite toy on their Facebook page. Moments later, a comment on the video reads, “That’s my dog.”

Blue had gone missing from his Tennessee home six months before. His dad tirelessly searched for him but eventually had to relocate to Texas for work. He thought that he’d never see his dog again until his friend sent him the video of Blue on Facebook. 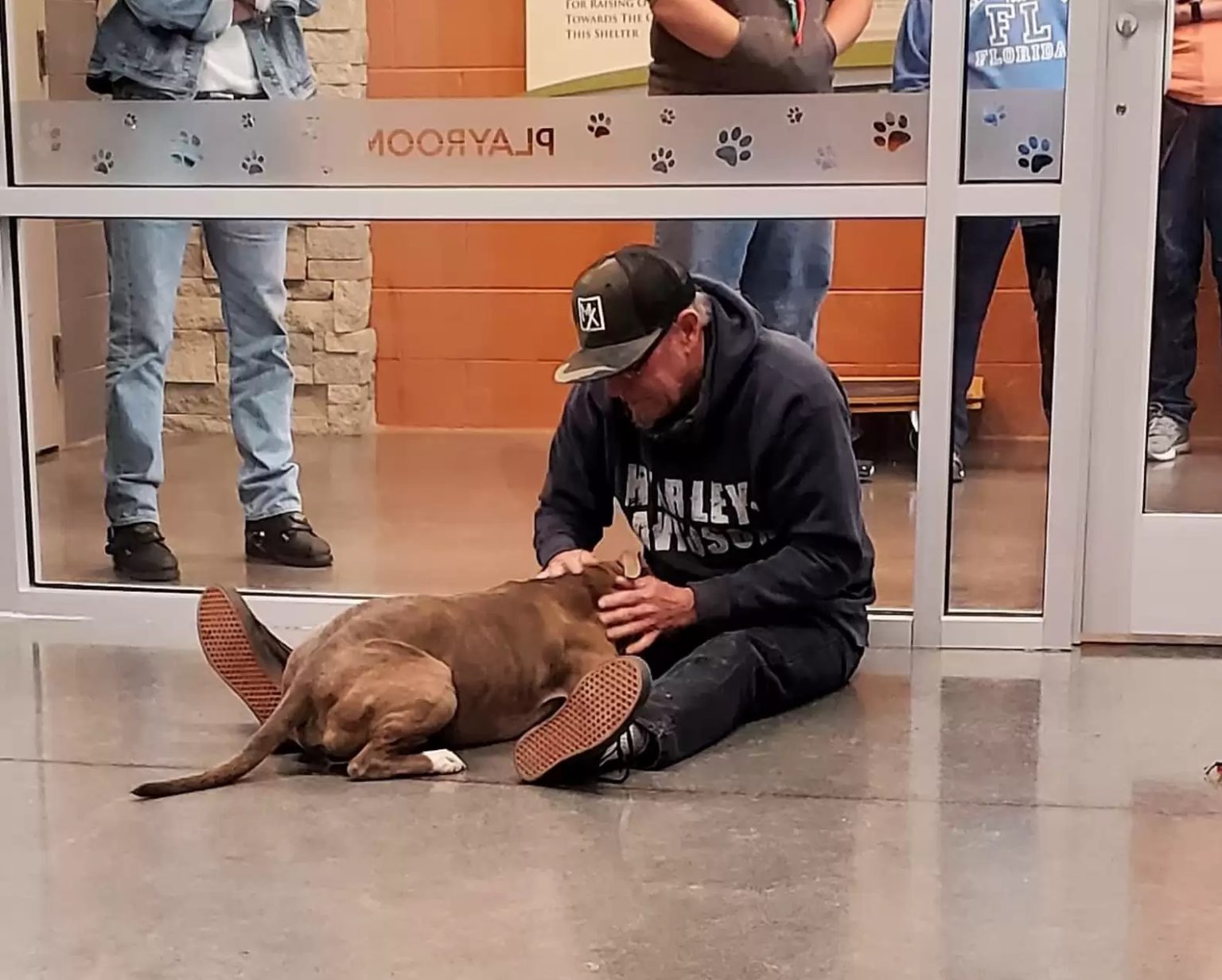 All that was left to do was confirm whether the man claiming to be Blue’s owner was telling the truth: “Blue’s favorite toy in the shelter was a blue squeaky ball and in our video, he was playing with that ball,” Davis said. “Once we started the conversation with the owner he said, ‘Yes, I have pictures of my dog.’ He sent us pictures of Blue in his home with that same blue ball, which was his favorite toy at home. It was crazy.” 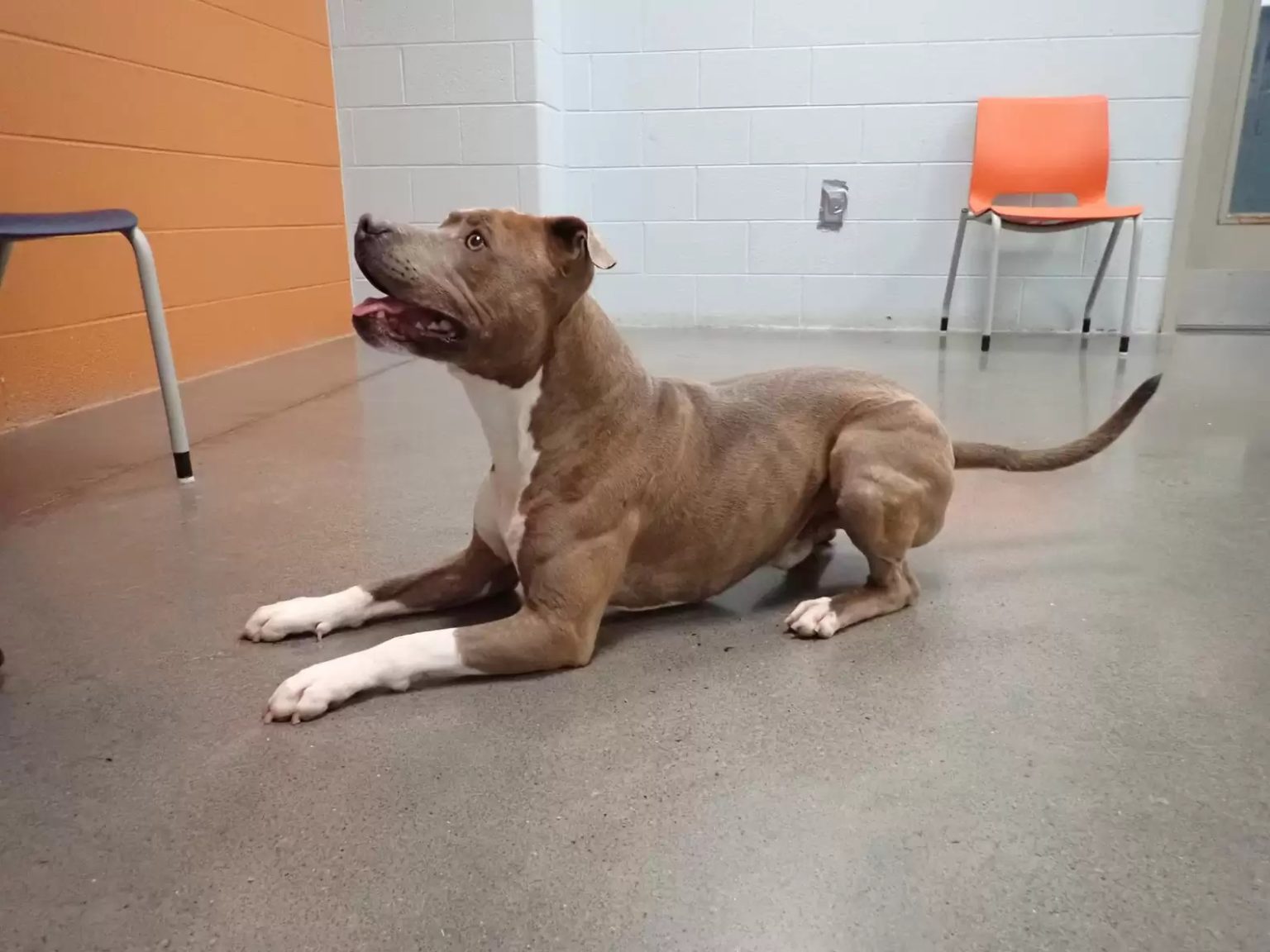 Blue’s dad drove 1,200 miles to get his boy, and the reunion was everything they could have hoped for.

“It was very obvious that the dog had a bond with that person,” Davis said. “Blue was shocked for a split second, like, ‘Am I believing my eyes?’ And then it was just immediate kisses and the man was crying, it was great.”

Now, Blue is back with his dad and the two are starting a new life together in Texas full of love, snuggles, and squeaky balls.

“We wish that every animal could have a happy ending like that,” Davis said. “It makes all of our hard work worth it to be able to have moments like this.”