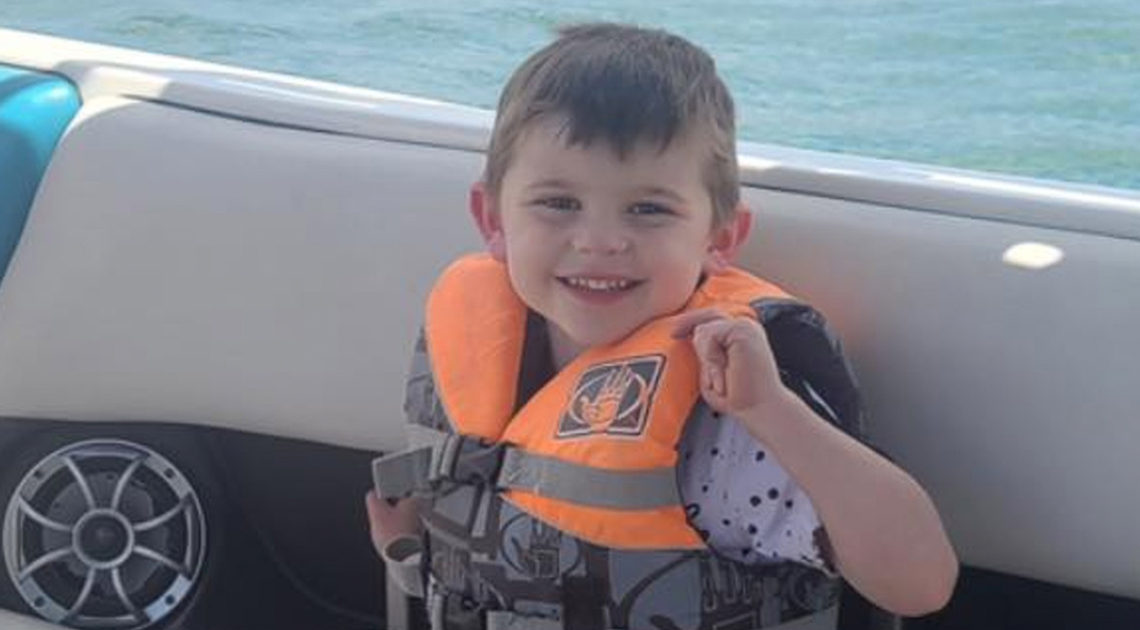 4-year-old Kache Wallis, who was found dead in his home after going missing, died of asphyxiation, authorities have confirmed.

The young boy, from Hurricane, Utah, had disappeared and was reported as missing after being put to bed the night before.

Police and local volunteers embarked on a frantic search for Kache, but he was tragically found dead inside a small toy chest in his bedroom.

According to new reports, the Utah Medical Examiner’s Office have investigated the 4-year-old’s passing, and determined his official cause of death was “”positional asphyxiation.”

It was Kache’s grandmother who alerted the authorities after she woke up to find the boy gone from his bed. Police officers arrived and conducted a search of his home, but didn’t find him.

As such, a missing alert was issued, and the local community turned out in numbers to try and find him. 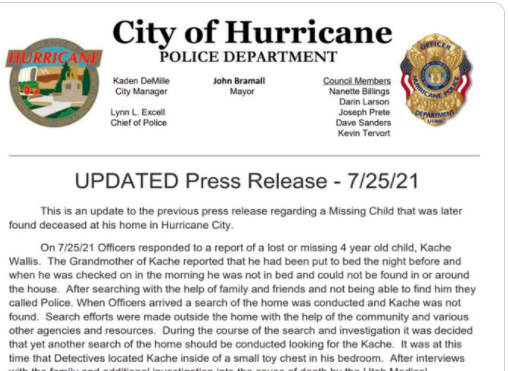 When a second check of his home was ordered, the boy’s body was found in a small toy chest within his bedroom. Family members were interviewed, and an investigation that included the medical examiner was conducted.

Sadly, it appears as though Kache climbed into the chest and then died of asphyxiation. His death has been ruled accidental.

The City of Hurricane Police Department said in a statement: “Our sincerest condolences are sent to Kache and his family.”

Rest in peace, Kache. Please, leave a comment under this article on Facebook to pay your respects.