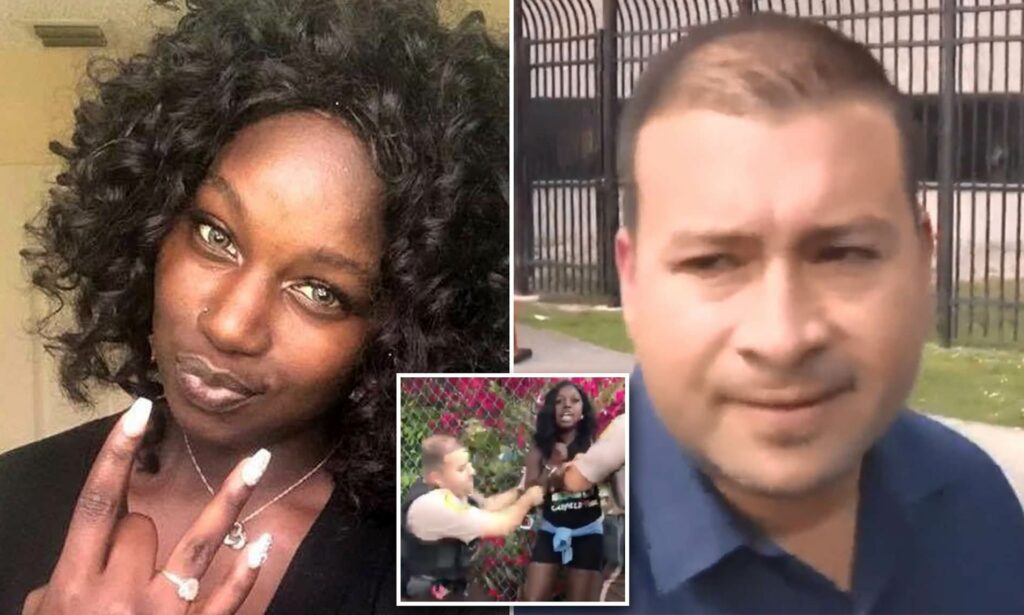 On Thursday, a Miami-Dade officer was convicted of violently arresting a Black woman and lying about it on the police report.

It took a jury a little over an hour to convict Alejandro Giraldo of felony battery and official misconduct in the arrest of a Black woman who had called on the police for help, NBC Miami reports.

The charges stem from a March 2019 incident when Giraldo was seen on a cellphone video tackling Dyma Loving, a woman who called police to report that a neighbor had pointed a shotgun at her.

Giraldo claims he acted lawfully in subduing an unruly woman who was interfering with an investigation. The video showed him pushing Loving into a fence before taking her down to the ground to handcuff her.

Loving was initially charged with disorderly conduct and resisting arrest without violence. However, all charges were later dropped.

“Police officers can put their hands on people to effectuate a lawful arrest. If the arrest is unlawful, they have no more rights than the rest of us. And he sure as heck can’t tackle her to the ground,” prosecutor Tim VanderGiesen said.

Giraldo argues that Loving was being unruly, which prompted his aggressive response.

Truly proud of Deputy Chief for Special Prosecutions Tim VanderGiesen & prosecutor Valeska Alvarado’s commitment to this case. They worked diligently to secure justice for the victim in this case, who deserved the best advocacy possible. (1/2) https://t.co/3NVQQ84NLN

“We will continue doing what we can to hold officers who violate the law accountable, because when a law enforcement officer commits a crime, it truly eats at the trust they need to keep our residents & communities safe,” Rundle said.