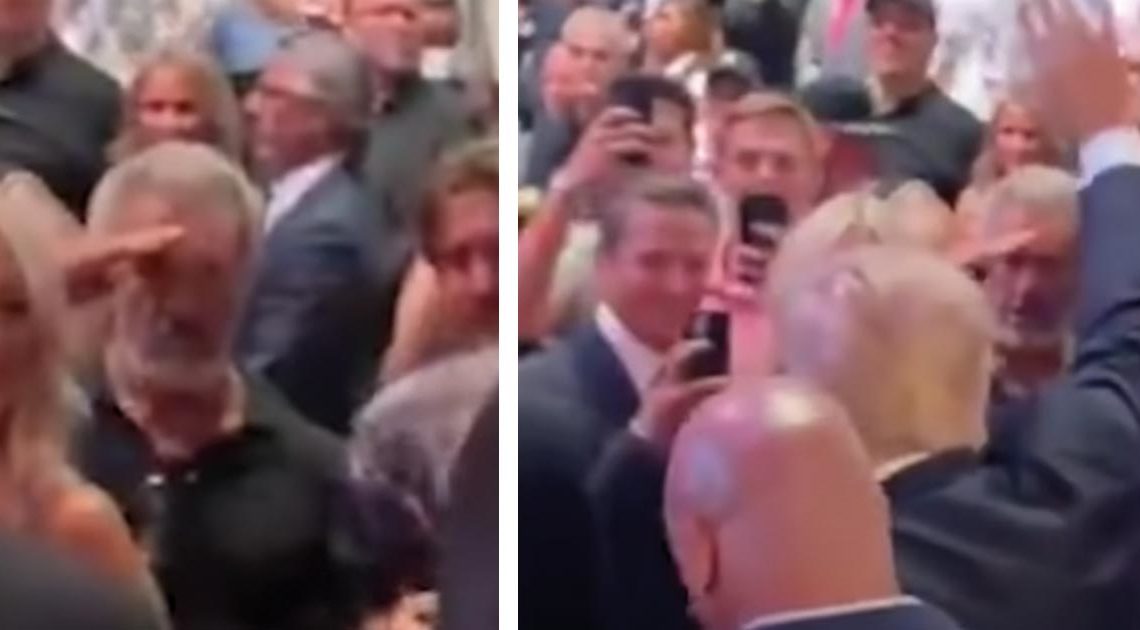 It was a brief moment of ‘blink and you’d miss it’ but the second-long gesture from controversial actor Mel Gibson directed toward former President Donald Trump has gone viral.

The 65-year-old actor was seen saluting Trump as he walked through a crowd and waved.

The two were at an Ultimate Fighting Championship (UFC) on July 10 near Las Vegas on Saturday when Gibson made the military-style gesture which was caught on camera.

The video was posted on Twitter by The Columbia Bugle, asking: “Yoooooo!!! Is that Mel Gibson saluting President Trump?”

The gesture was made at the much-anticipated night when Conor McGregor took on Dustin Poirier at the UFC 264 during which Irish mixed-martial artist and boxer McGregor lost the fight sustaining a leg break.

Not only did the video of Gibson attract widespread attention but also surprise after the award-winning actor had publicly distanced himself from Trump’s election campaign in 2016 and his ambitions to build a wall.

“With all this talk of building walls and stuff like that, I think it’s worth remembering that if you look at the service men and the military in this country, a lot of them have names like Ramirez, Hernandez, and Rodrigos, and just from my reading, it’s interesting that many of these men fight and die for their country – and women – and some of them don’t even get their citizenship till after they’re dead. So, you know, I think that – talk of walls and so forth is non-sensical.” said Mel Gibson in an interview with Jorge Ramos in 2016. 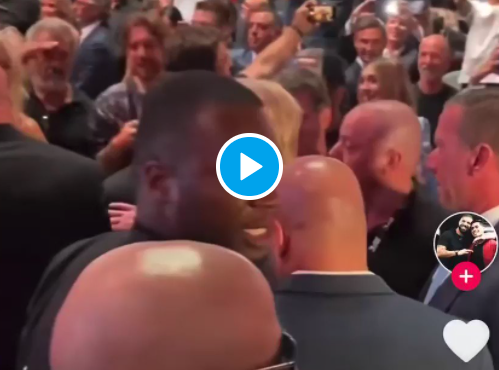 The star of movies such as Braveheart and The Patriot also didn’t vocally back him in 2020 unlike other outspoken Hollywood actors such as Kirstie Alley and Jon Voight.

When asked about his political views in the past, Gibson, who moved to Australia when he was 12, said during a 2020 interview with Fox News: “Who the hell cares what I think? I’m not an expert – what am I qualified to talk about?”

Gibson has not commented on his salute. But he has posted on Twitter that he was at the UFC match with his sons Ed, Will and Tommy. 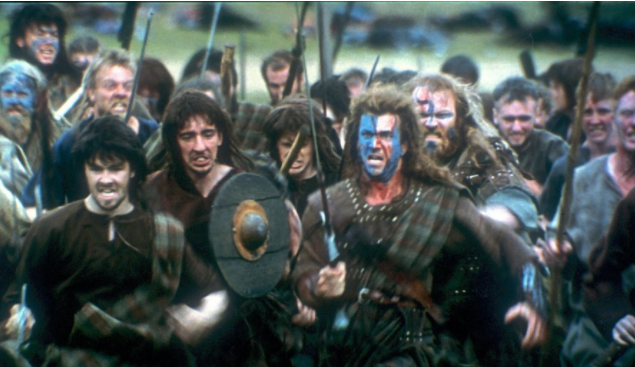 Mel Gibson has a history of making racist, anti-Semitic and homophobic comments in the past.

In 2006 he told a police officer, “F–king Jews … the Jews are responsible for all the wars in the world. Are you a Jew?”

He later claimed the remark was “just the stupid ramblings of a drunkard.” 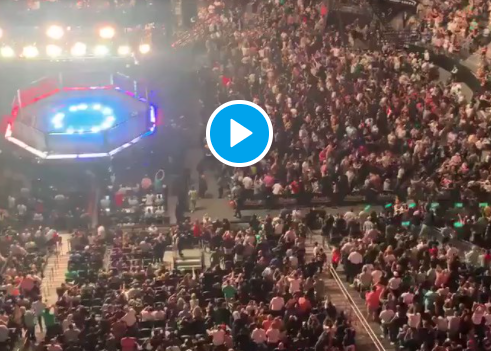 What do you think about Mel Gibson’s salute toward Trump? Let us know in our comments section and don’t forget to share this article.