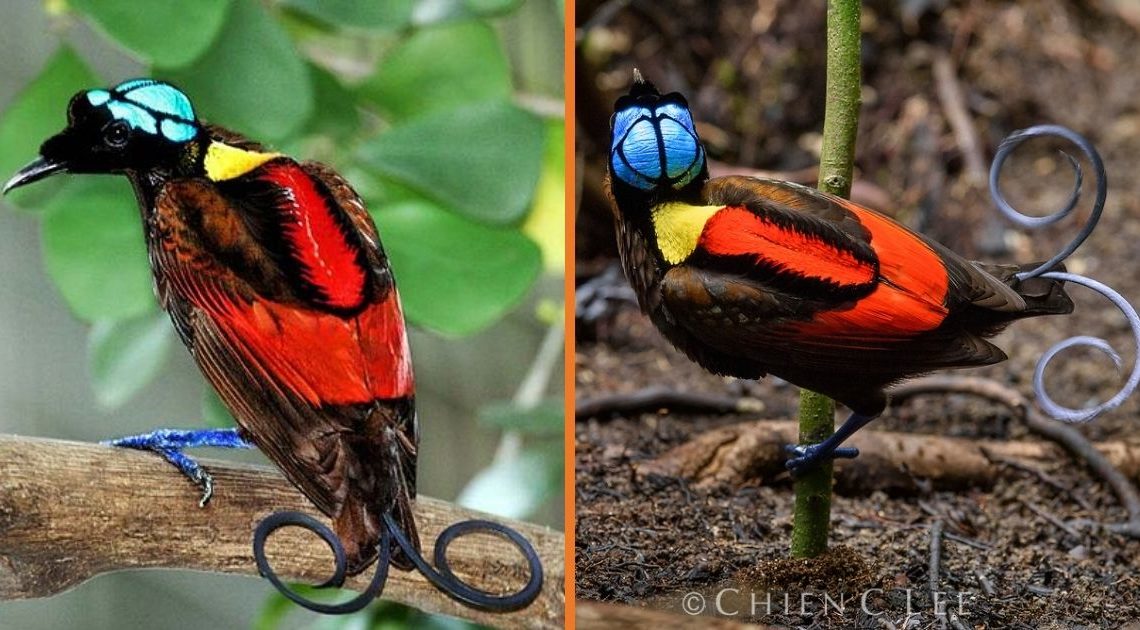 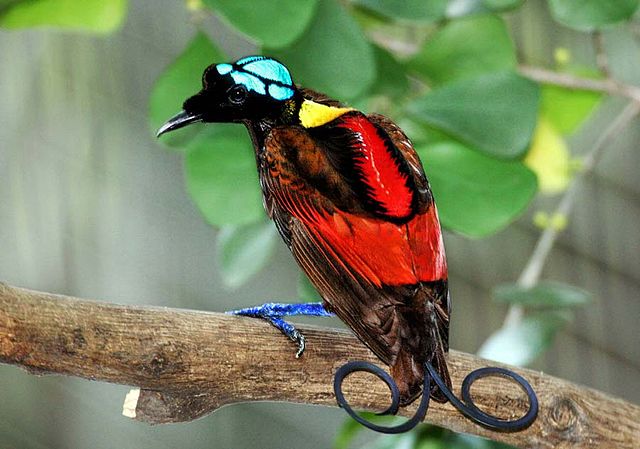 This bird is a marvel to look at, sporting a symphony of colors from its red and black back, blue feet, bright turquoise helmet, yellow mantle on its neck, and violet curved tail. 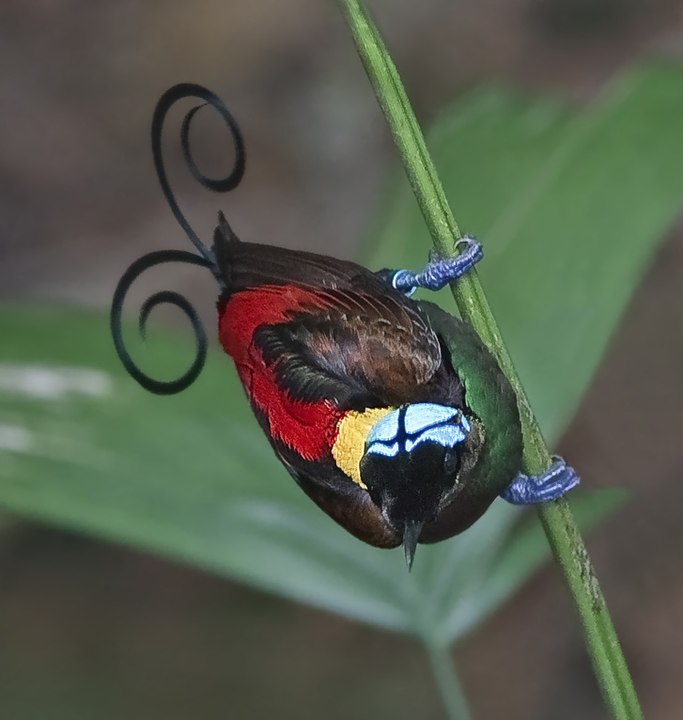 The turquoise-blue bare skin on this bird’s crown is so vivid, that it is clearly visible in the nighttime. 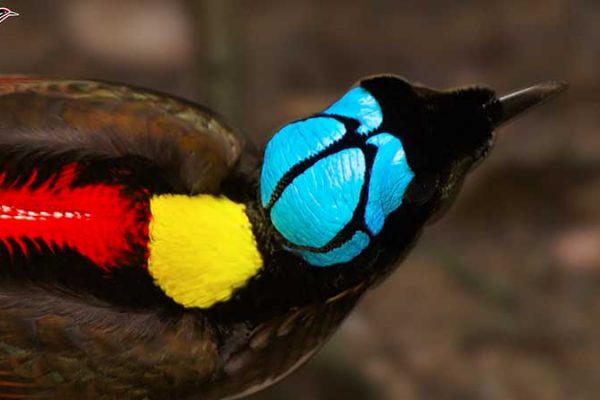 Filmed for the first time ever in 1996 by Sir David Attenborough in a BBC documentary. 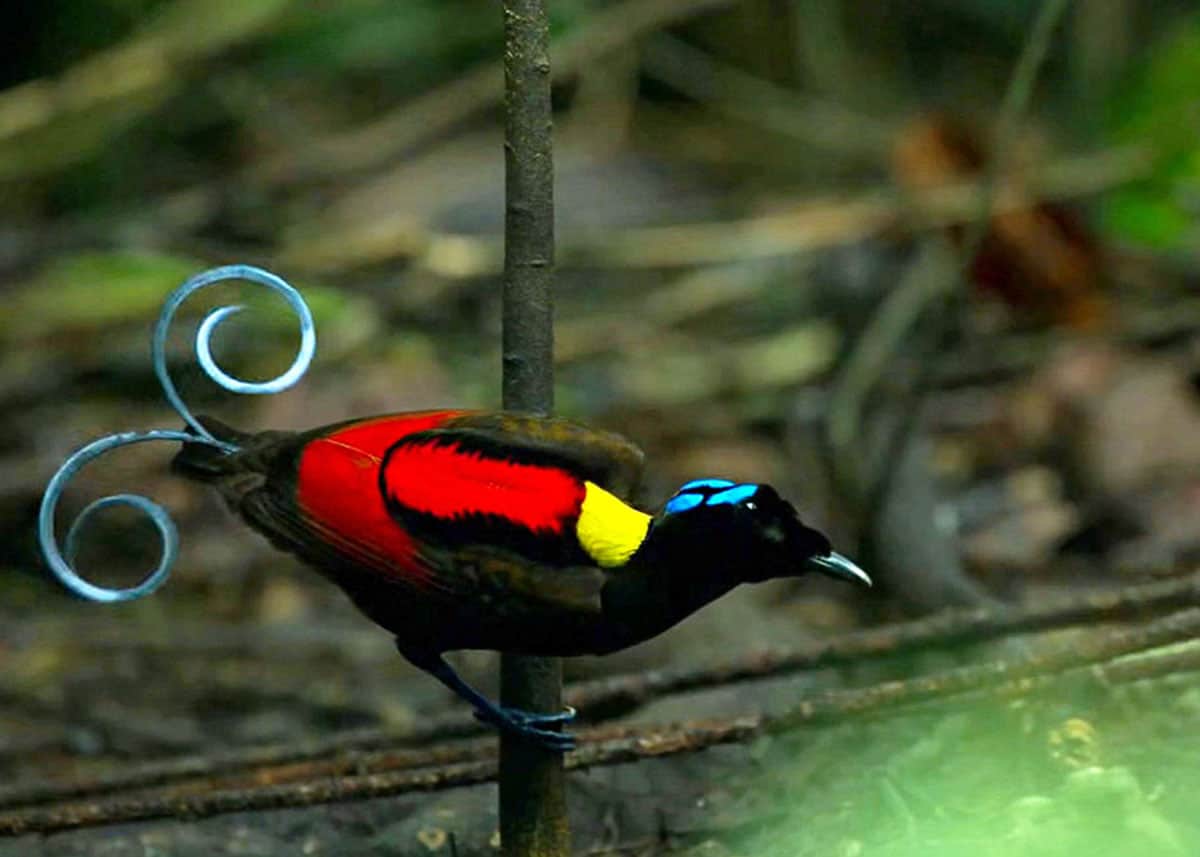 He managed this by dropping leaves on the forests floor, which irritated the bird into clearing it away. 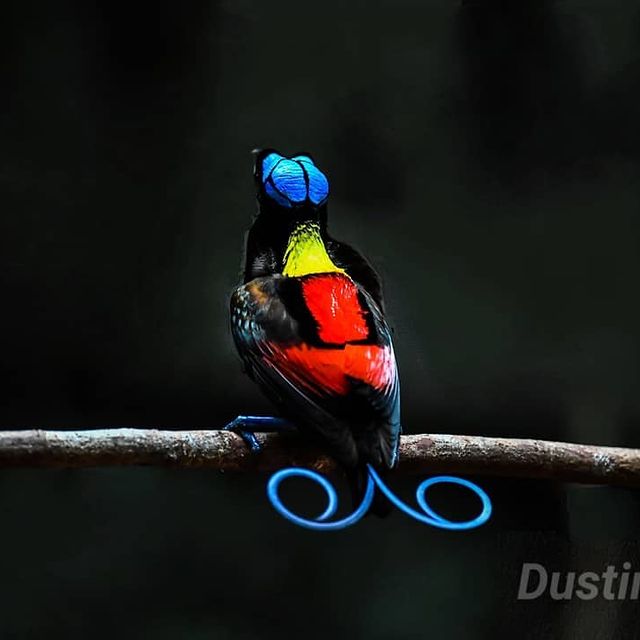 Native only to Indonesia, this bird is found in the lowland and rainforest regions of Islands such as West Papua, Waigeo and Batana. 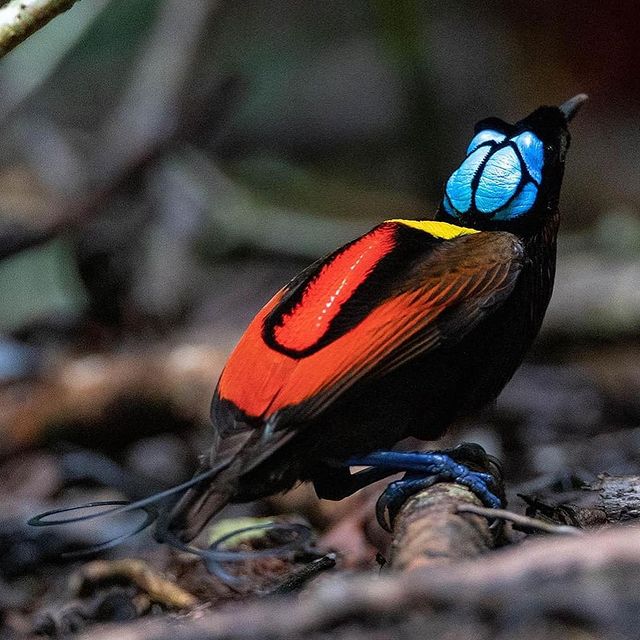 Stretching a mere 16 centimeters (6.3 in) in length and weighing around 52-67g, these birds are rather small. 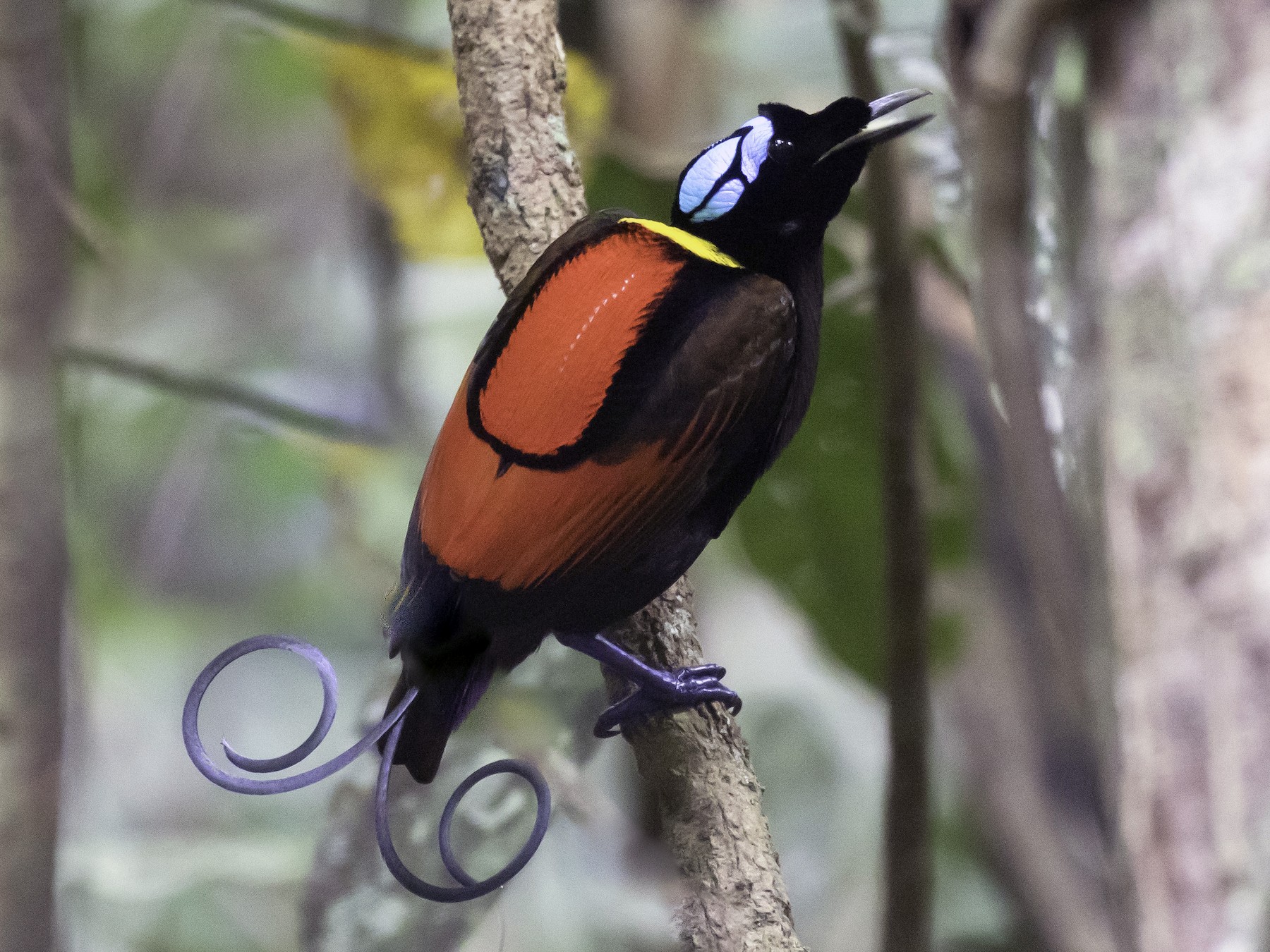 Only the male looks like this though, the female is more of a brownish color all over with a bare blue crown. 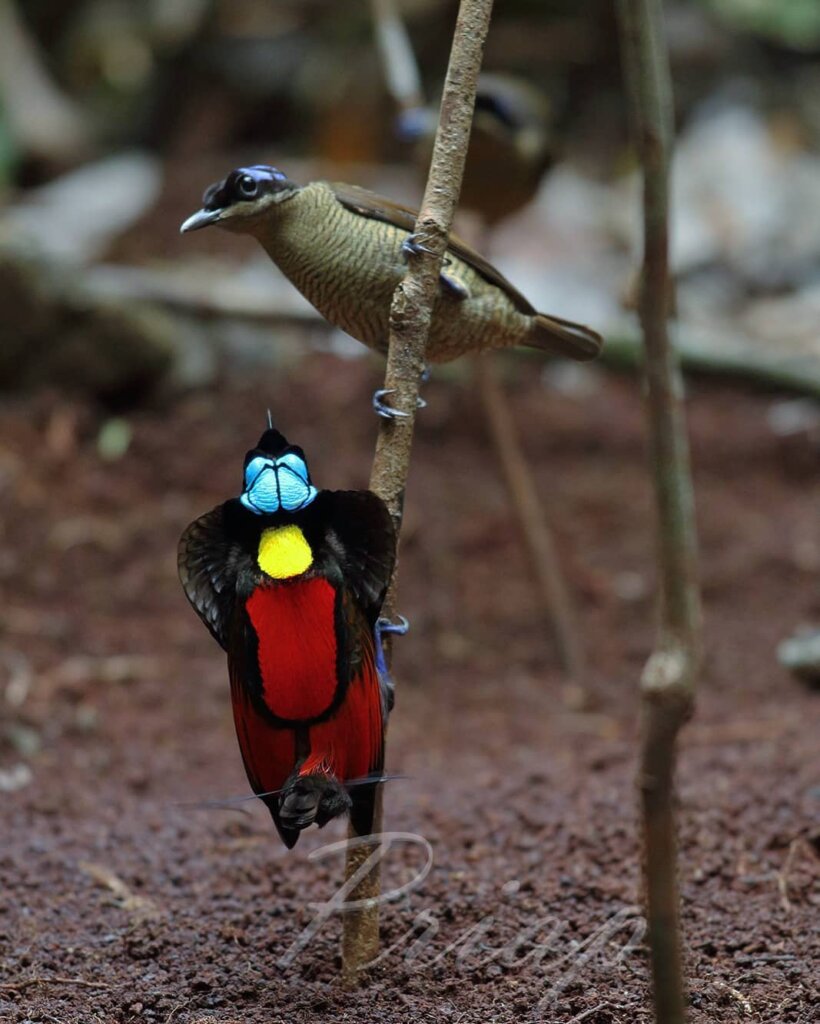 The males of the species perform an elaborate mating dance to impress potential suitors. 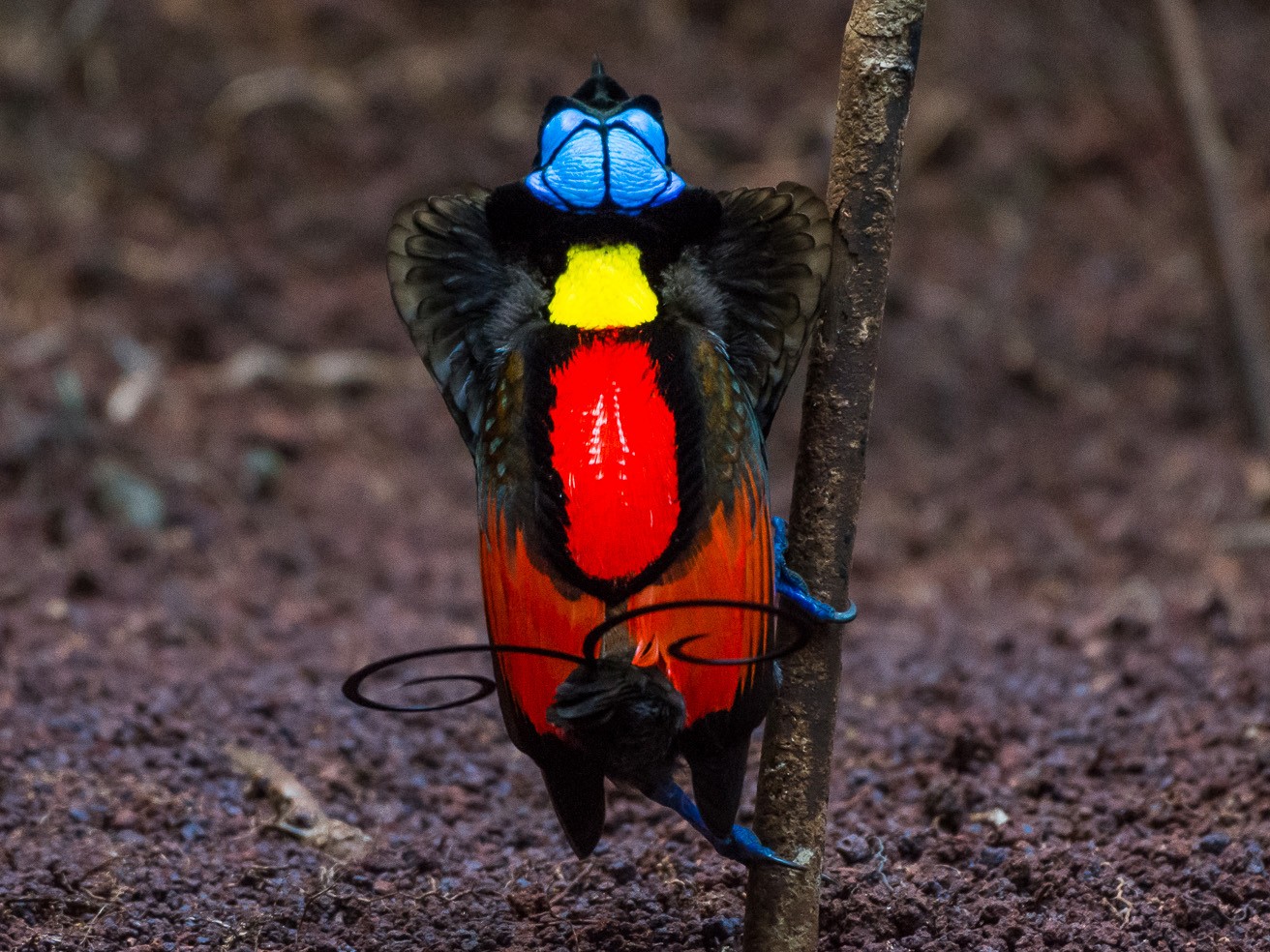 They will clear a small area of the rainforest before exhibiting their attractive breast shield while performing the dance with songs and calls. 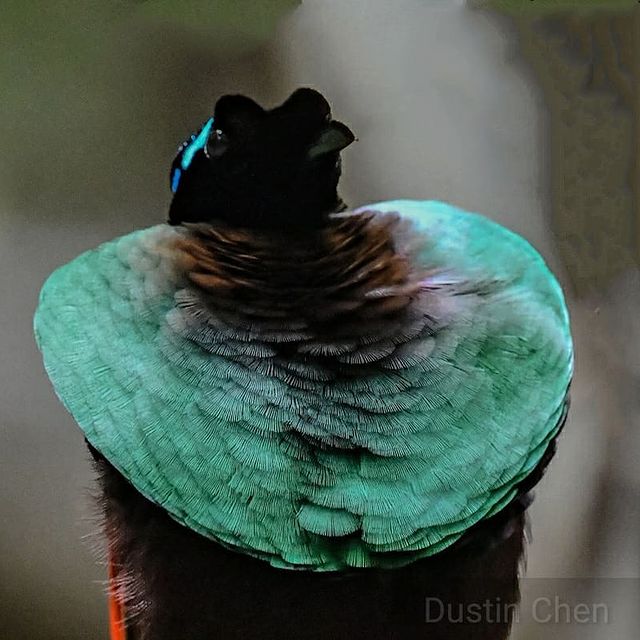 The bright blue color on its crown is actually its skin and not feathers, this is a structural color not available in any other birds of paradise. 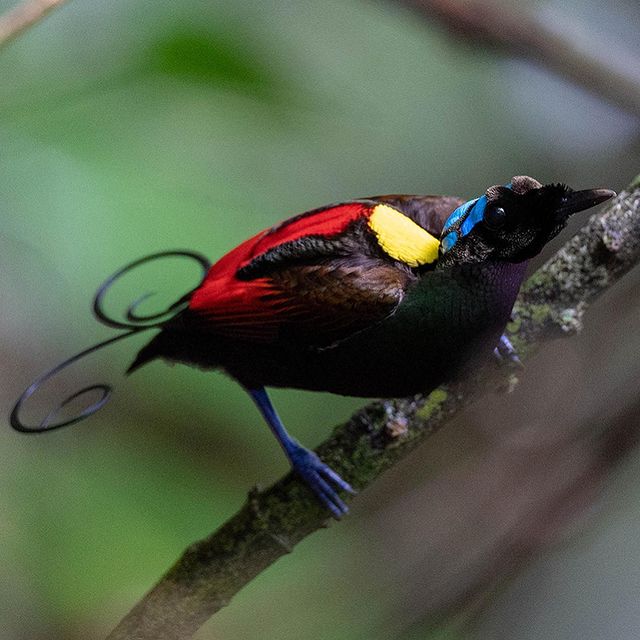 Not much is known about the species’ mating rituals, as they are difficult to locate in the wild and only a few rituals have been witnessed.

Due to habitat loss and the birds’ small range, Wilson’s bird-of-paradise is considered a near-threatened species. 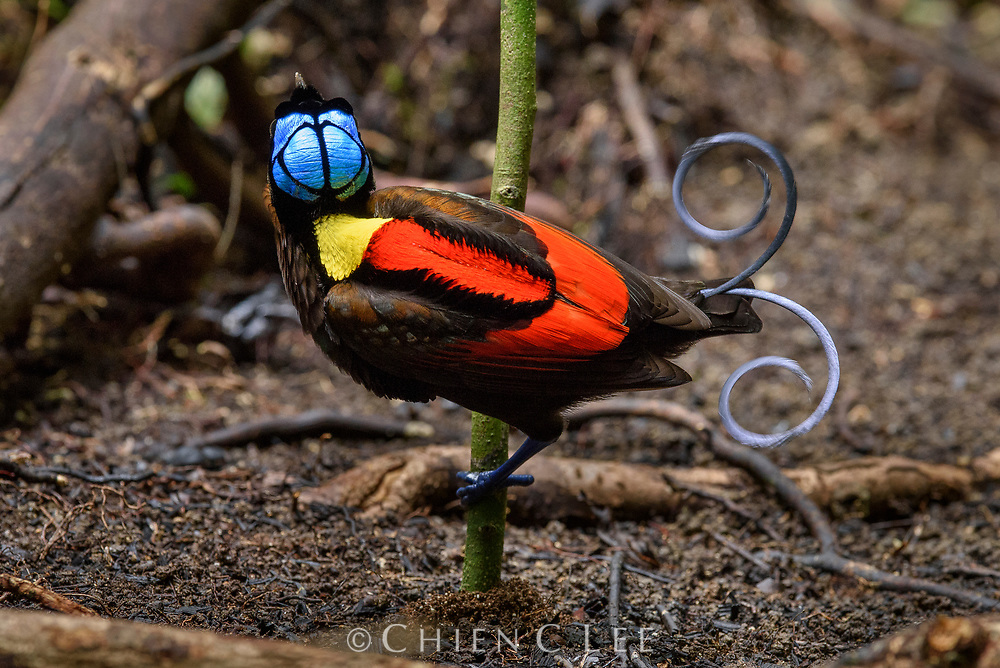