Meet Vincent, A Fluffy Maine Coon Cat That Looks Like A Black Panther And Acts Like A Dog 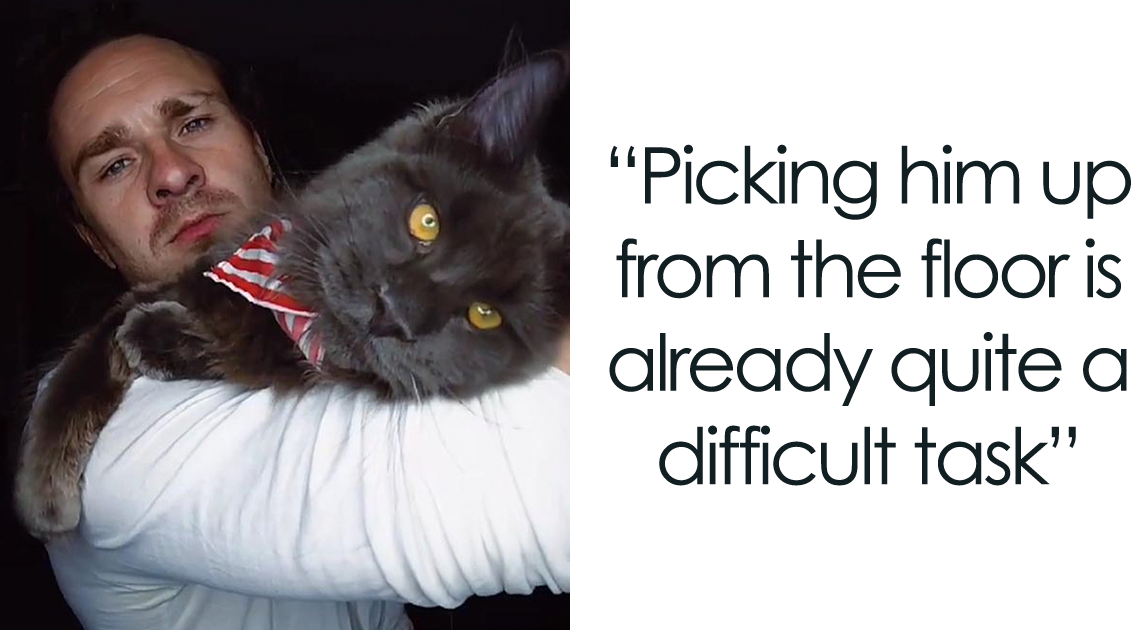 We recently shared a story of Kefir, a huge fluffy cat. The animal went viral all over the internet due to its enormous size, melting the hearts of many people.

We’d like to introduce you to yet another big guy today: Vincent. He’s a Maine coon cat from Russia, and he stands out not only for his size and bright eyes, but also for his black and silky fur, which resembles that of a black panther.

The adorable feline has a TikTok and Instagram account. On these two sites, he has over 500 thousand followers combined. The captivating kitty enchants the feed with interesting videos and images, accompanied by his owners, Andrey and Anastasia. 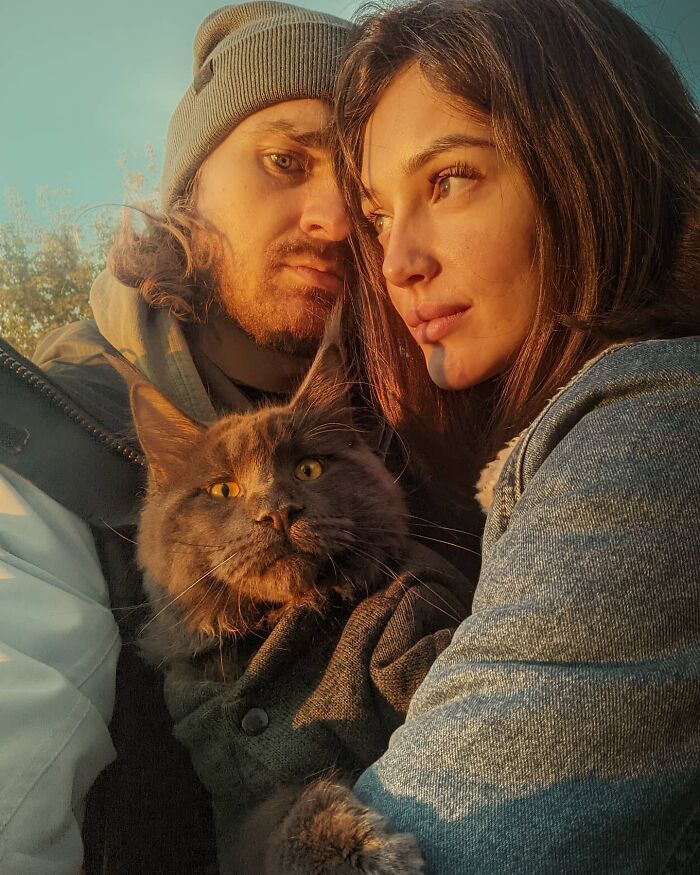 Vincent was given to the young couple since they felt something was lacking in their daily life. 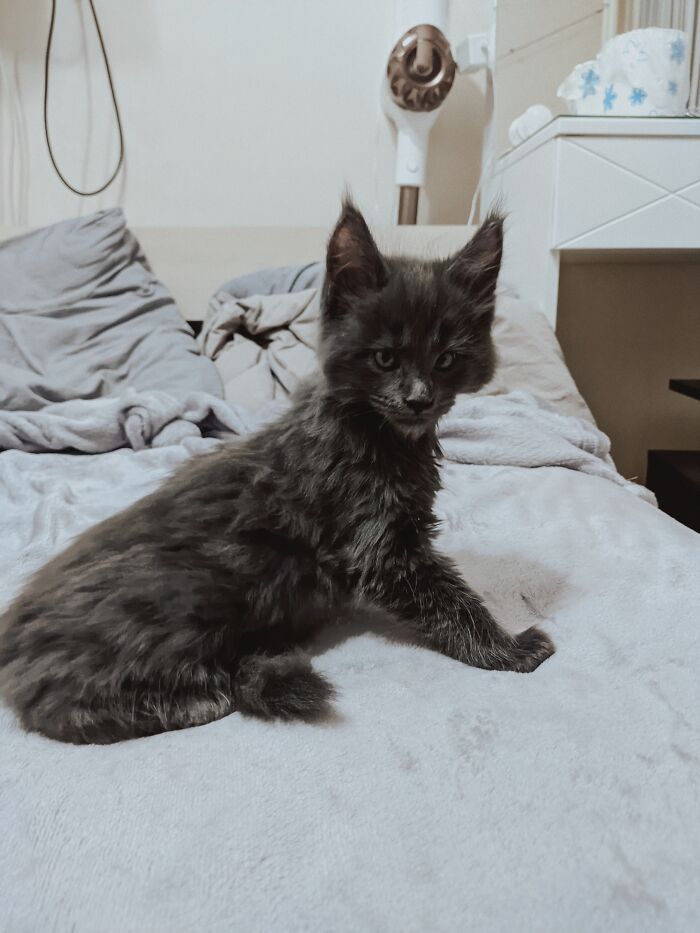 Andrey told Bored Panda that they were aware that acquiring a cat would make renting an apartment more difficult. Animals are only allowed on rare occasions. Despite this, the couple opted to purchase this fluffy creature since his adorable face had stolen their hearts. 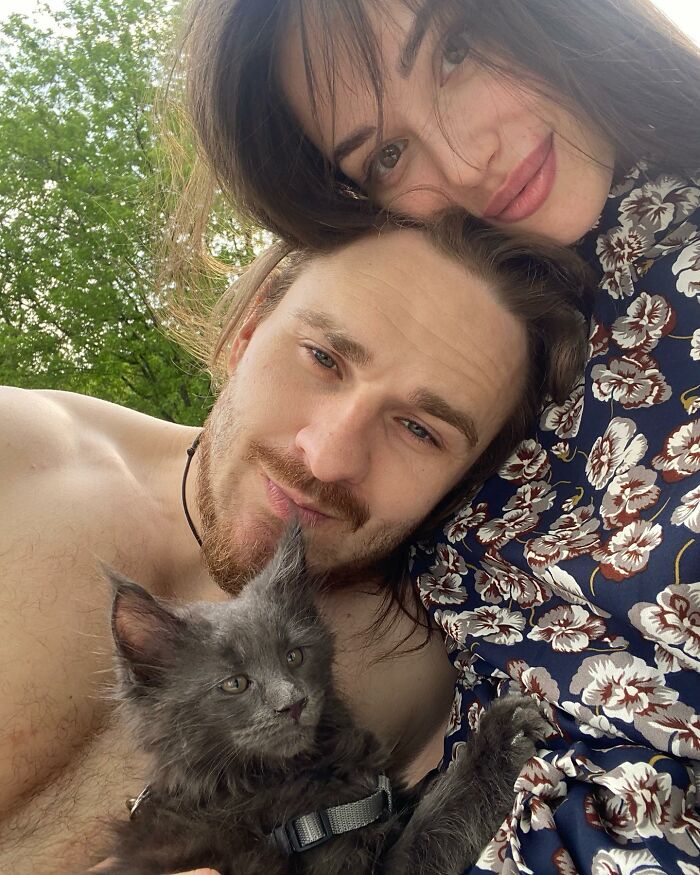 The pair came upon a photo of Vincent on the Avito website, which functions similarly to eBay. “His muzzle seemed to be addressing us in the ad shot.” 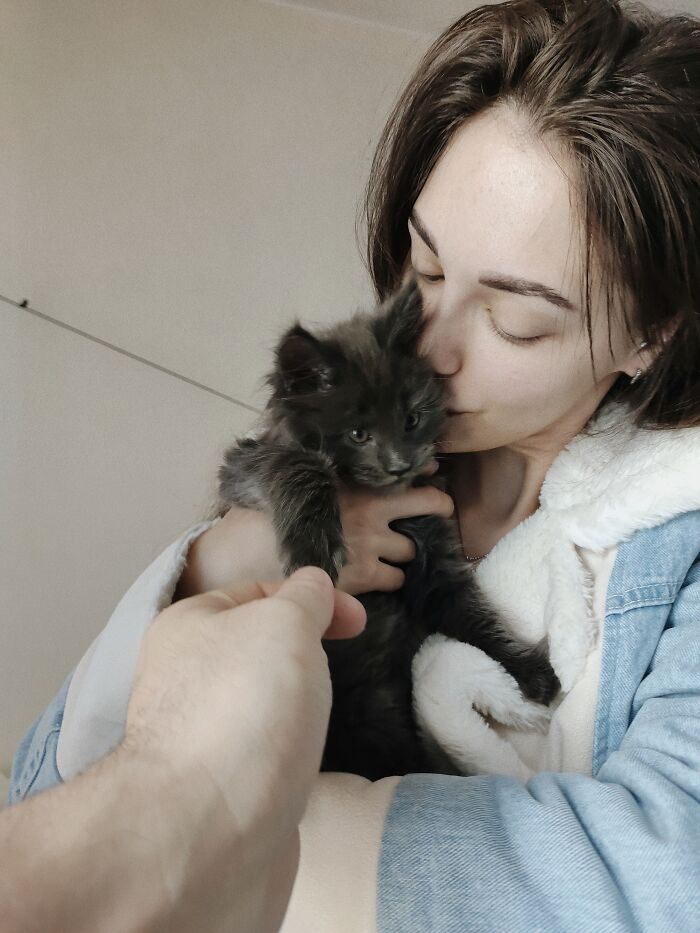 “I observed a lot of people peering at Vincent the day we were taking him to his new home. The long torso and enormous head set it apart from other cat breeds, but it was the appearance that caught everyone’s attention initially. Many people have commented, “He looks like a human.” 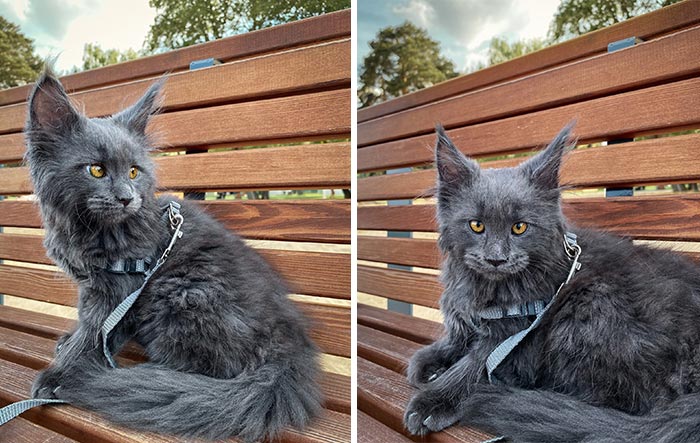 The pair took their time deciding on a name for the cat. They desired for things to happen spontaneously.

While viewing the sitcom “Brassic,” Andrey and Anastasia were given the name Vincent. That was the name of the main character, who resembled their new pet in certain ways. 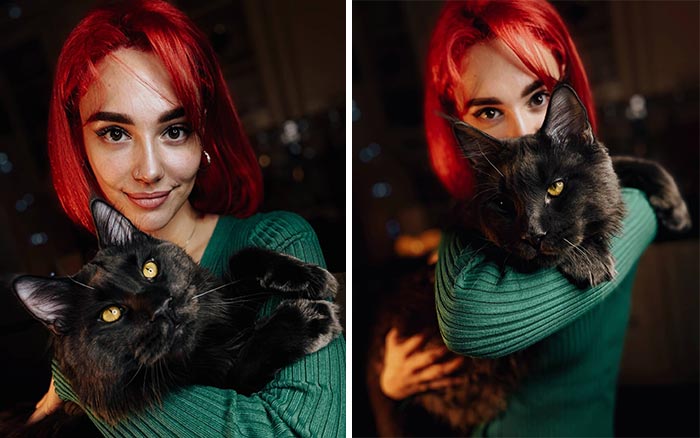 Andrey admitted that just getting him up off the floor is a challenging effort. 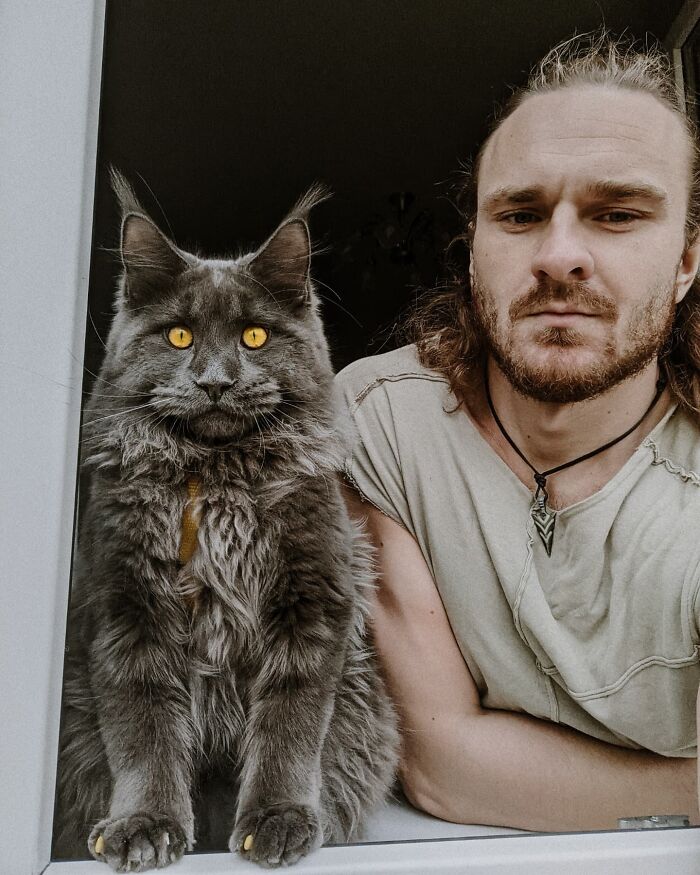 Vincent, on the other hand, is predicted to expand for another 1-2 years. 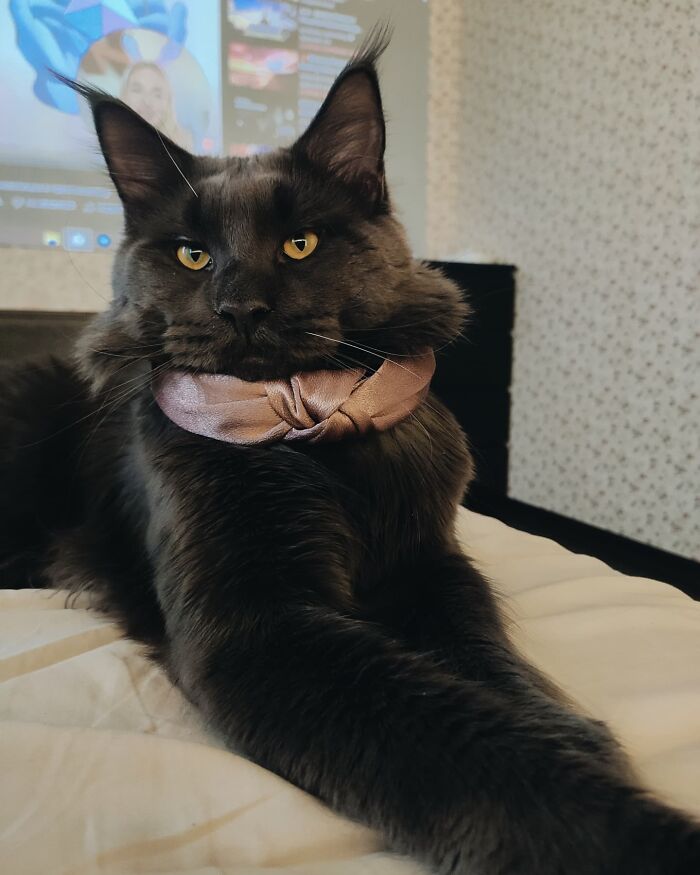 Vincent’s owners discovered that the cat draws a lot of attention, so they created Instagram and TikTok accounts dedicated to Vincent’s images and videos. 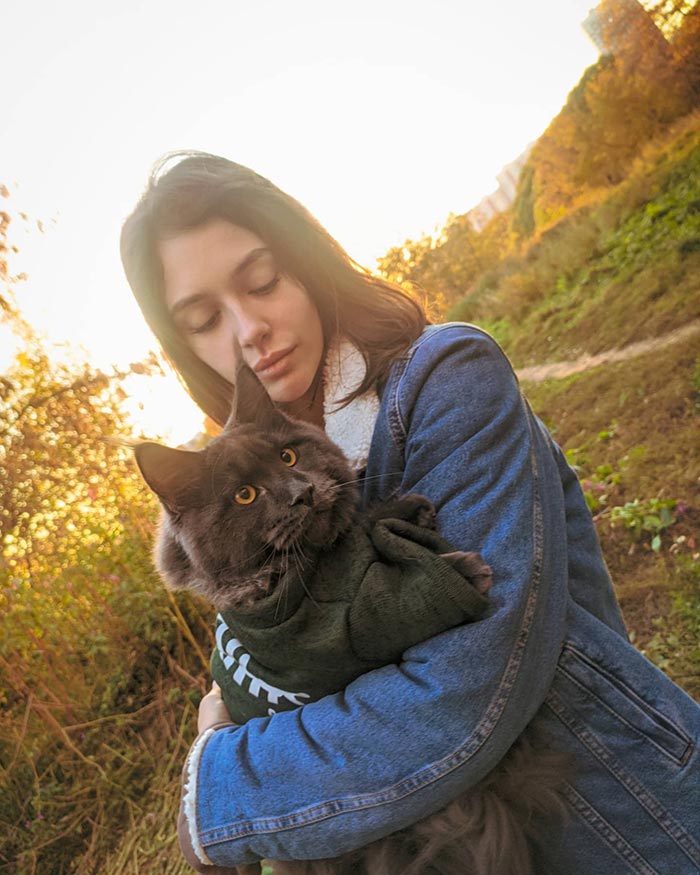 Vincent’s profiles on TikTok and Instagram have over 500 thousand followers as of now. 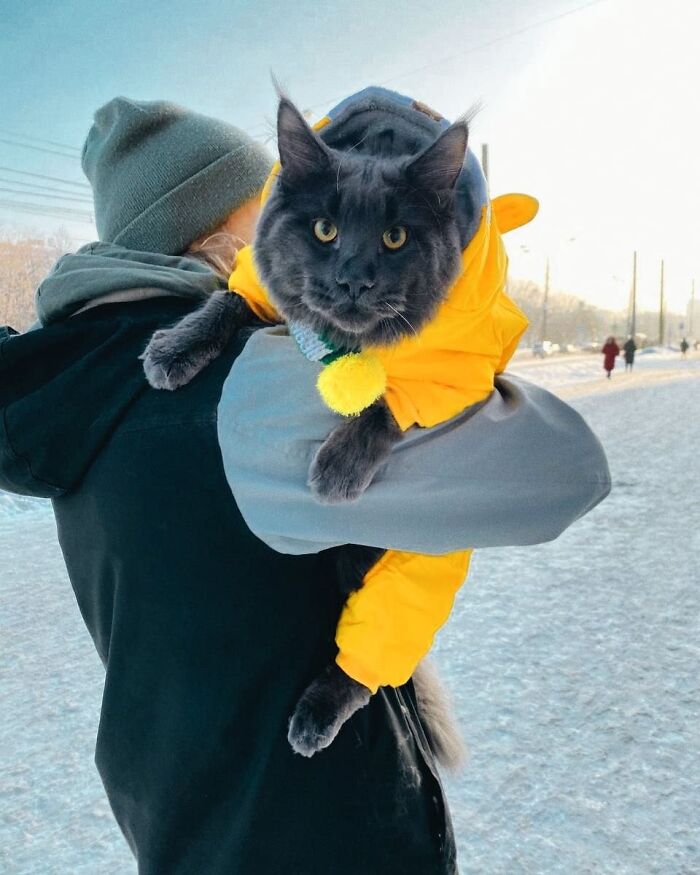 “The cat grew up to be a difficult-to-reach, elegant entity who is continually monitoring what we do while also being sensitive to many sorts of human misery.”