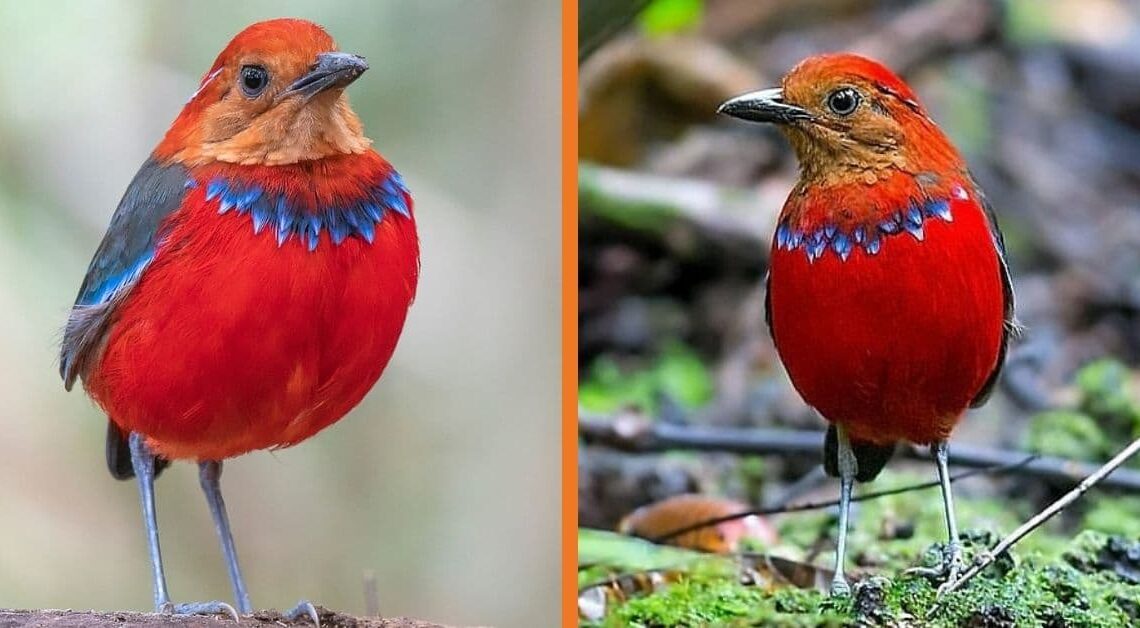 his bird is truly something special. 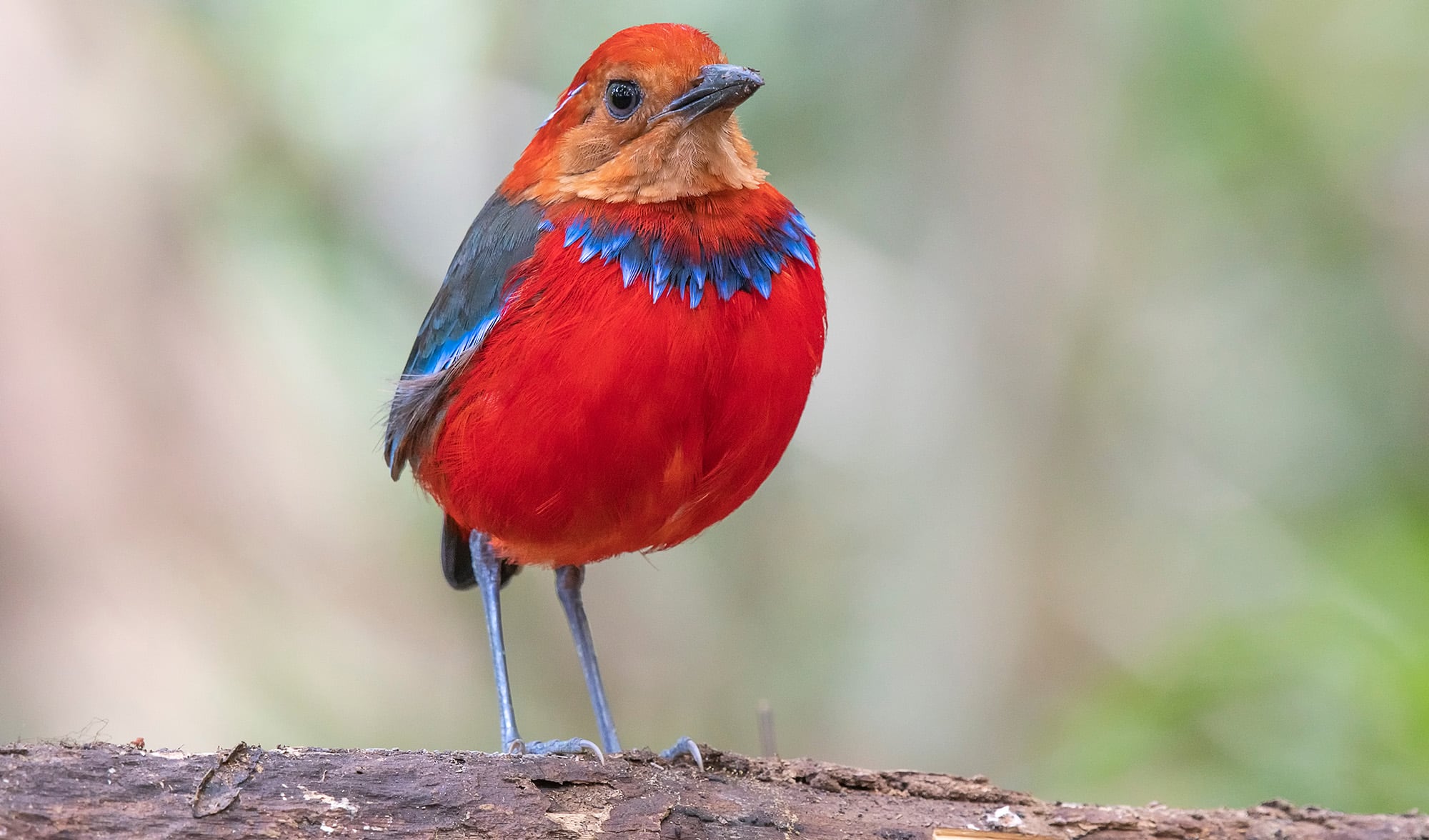 This charismatic bird which is also known as the ‘jewel of Borneo’, has a truly unique patterning.

The bright red plumage is really the perfect backdrop for the glittering light blue ‘necklace’ that sits across its chest. 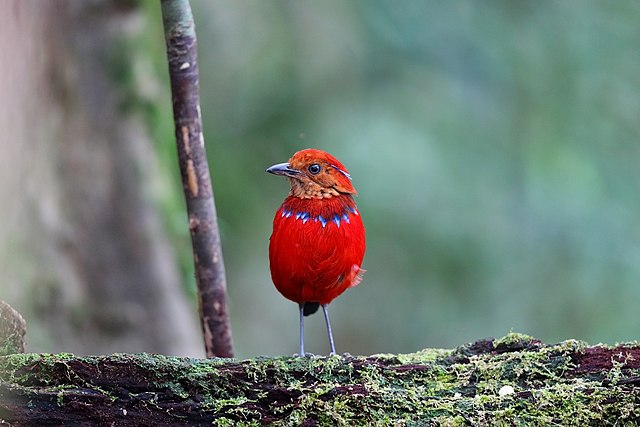 It’s not just the males that are this striking in appearance, females are the same other than a slightly different color under the wings and tail. 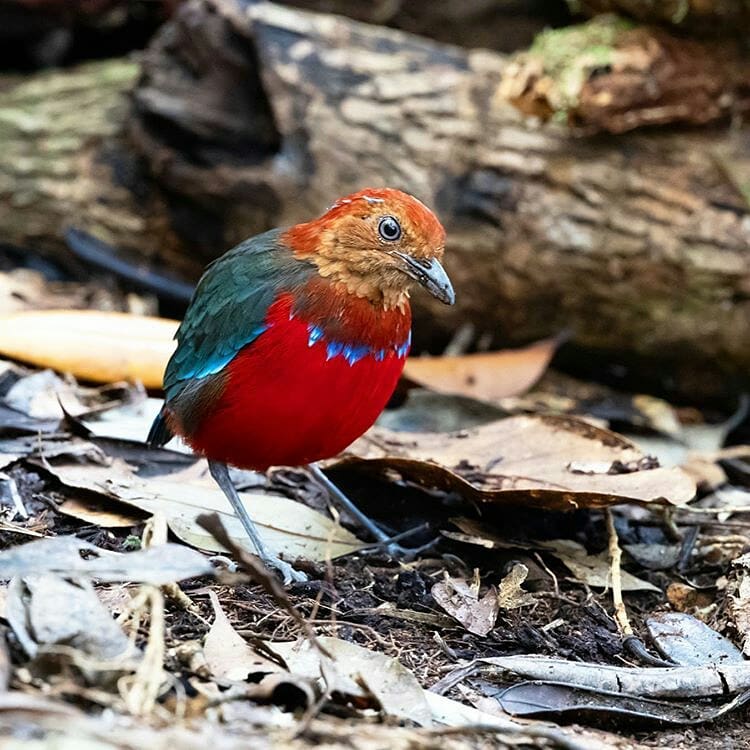 Despite the birds loud looks, they are still rare to spot in the wild. Because of this, scientists are still discovering the basics of their social behavior. 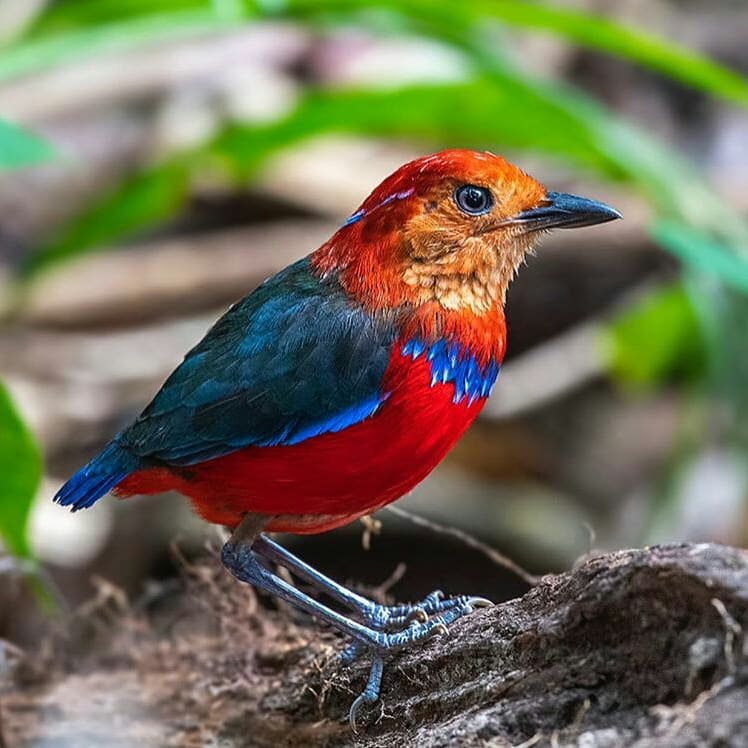 Check out this stunning bird on video:

They are found in Indonesia, Brunei and Malaysia. 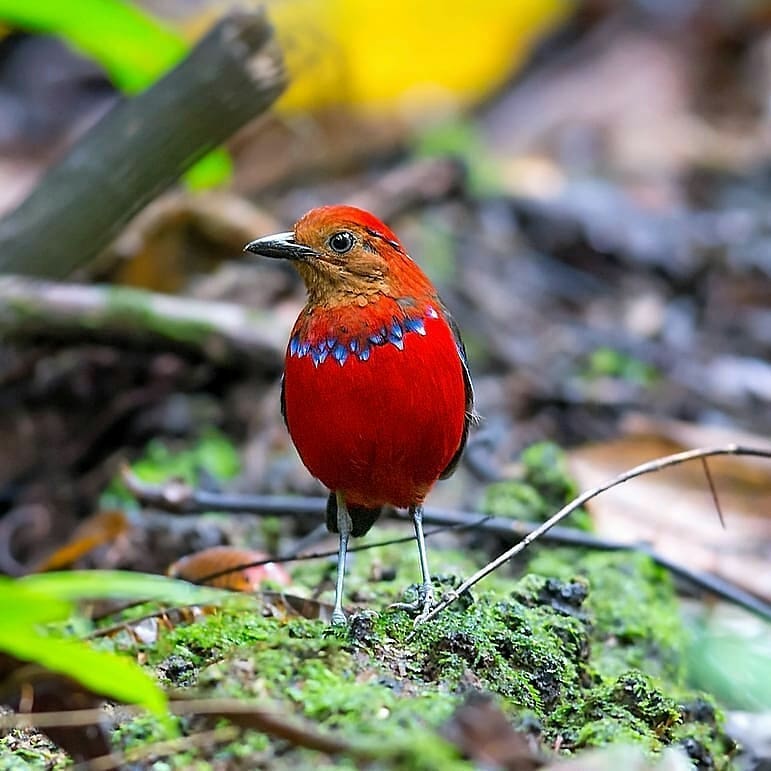 For example, researchers observed the pittas making noises without calling to communicate, which is unusual for a bird.

In one instance, after the bird called out for a bit, then it lifted its wings up, puffed its feathers on its belly and then beat its wings like a drum. 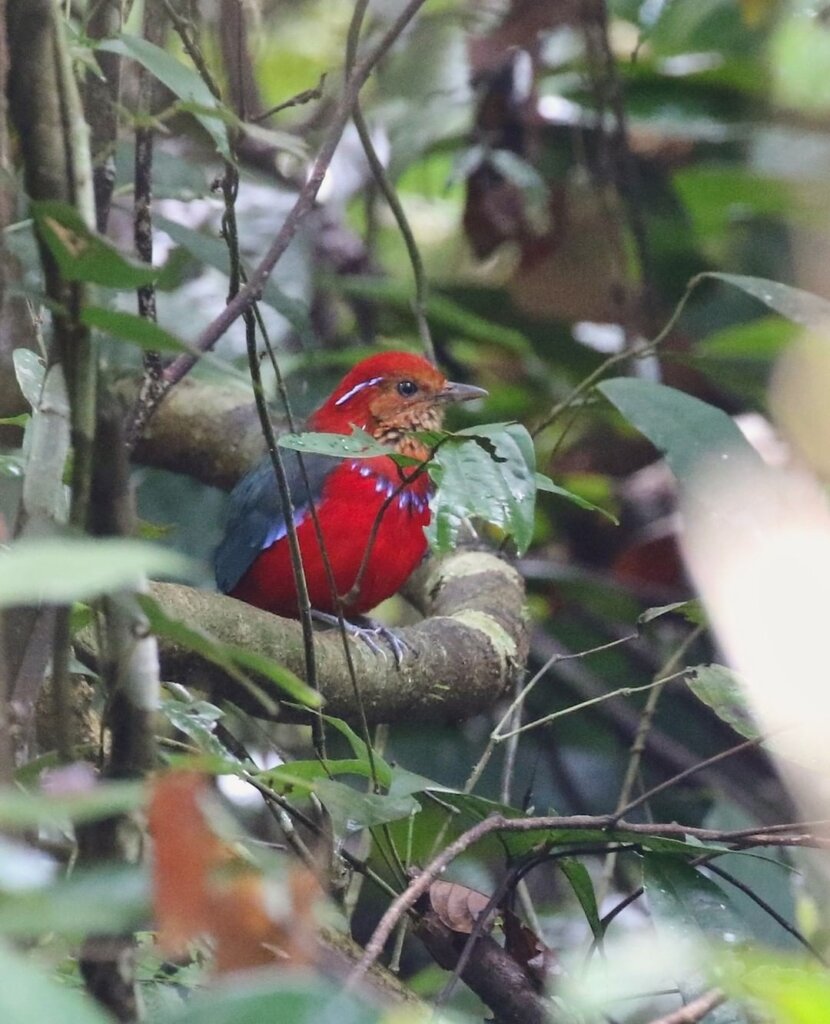 As a shy and elusive bird, it likes to live in hilly areas and subtropical forests. In these areas, it likes areas of some disturbance, such as bamboo groves or fallen trees.

Their diet consists of snails, insects, and other similar invertebrates. 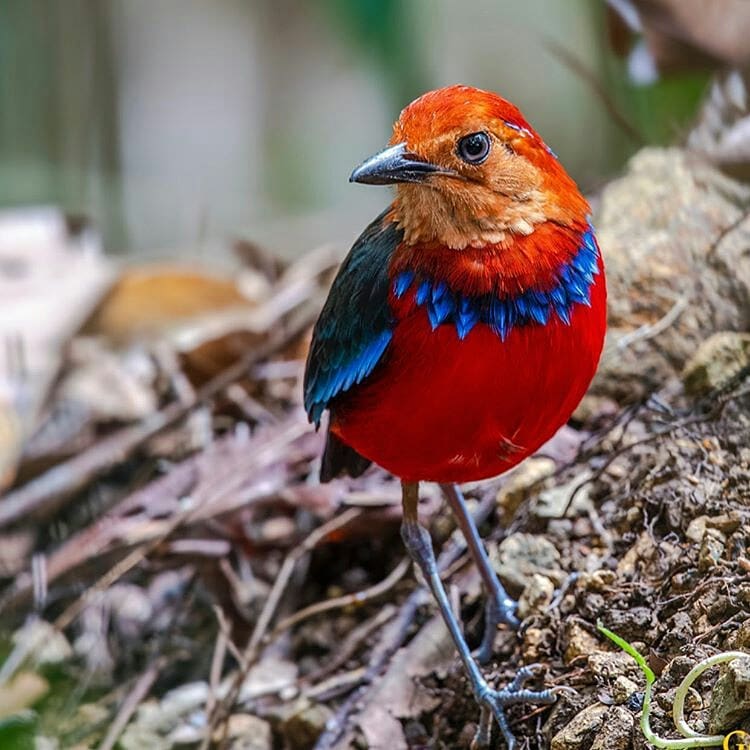 The blue-banded pittas can lay up to six eggs in trees or shrubs and even sometimes on the ground. 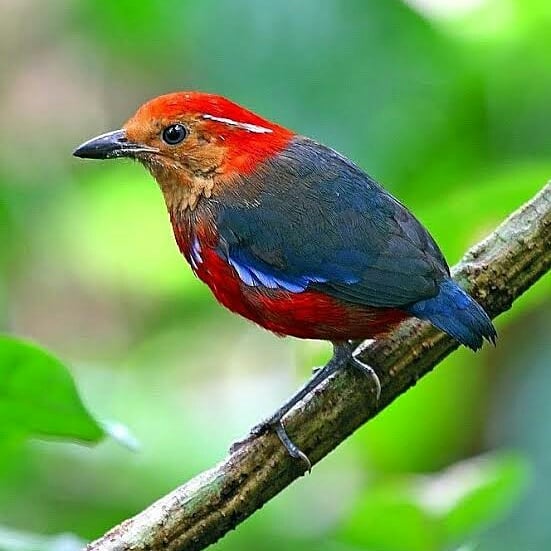 Due to the birds large range and elusive nature, they are not currently in danger of extinction.