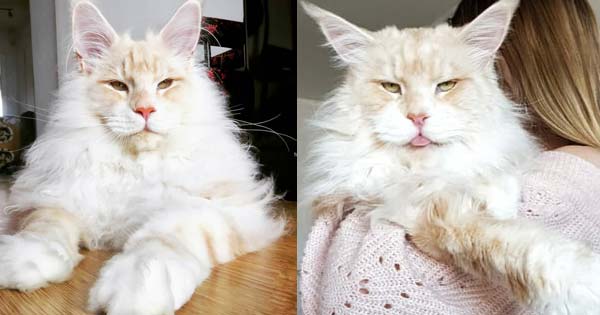 My cat is a Main coon. We didn’t know it at the time of getting her because we had gotten her from a shelter n not much had been told about her but we knew we had to get her. She kept growing n so did her hair! At some point we figured it out, but I have to say she’s a wonderful girl n I’m more than happy with the choice we made to get her.

My favorite breed. The males can grow to 30 pounds. Derp cats. I have a Norwegian forest cat. She weighs 17 pounds. She’s not fat, she’s just big. Absolutely gorgeous kitties. It’s believed they are descended from Norwegian forest cats, it accounts to there large size. They also pounce with their front paws instead of all 4, the trait of a snow cat, to break the ice so they can get the yummy mouse for a snack. Either way, Maine Coons are perfect family cats.