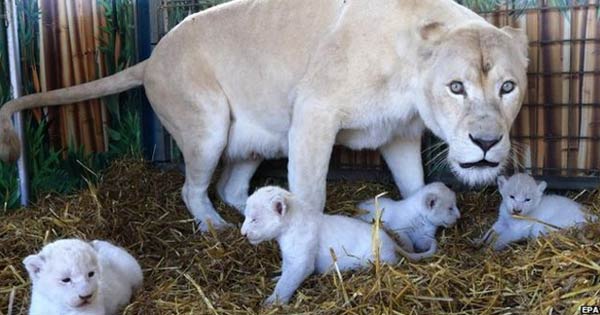 The white lion is a rare color mutation of the lion. … White lions in the area of Timbavati is the same subspecies as the tawny Southeast African lion(Panthera leo krugeri) found in some wildlife reserves in South Africa, and in zoological parks around the world.

It’s so mean to take animals from their natural habitat. Those animals need to be where they need to be, not trapped in a cage for people to look at. What if you were put in a cage by animals and sat there to be looked at? If I were to rule everything the first thing I would do is release those innocent animals back to the wild and take down cages.