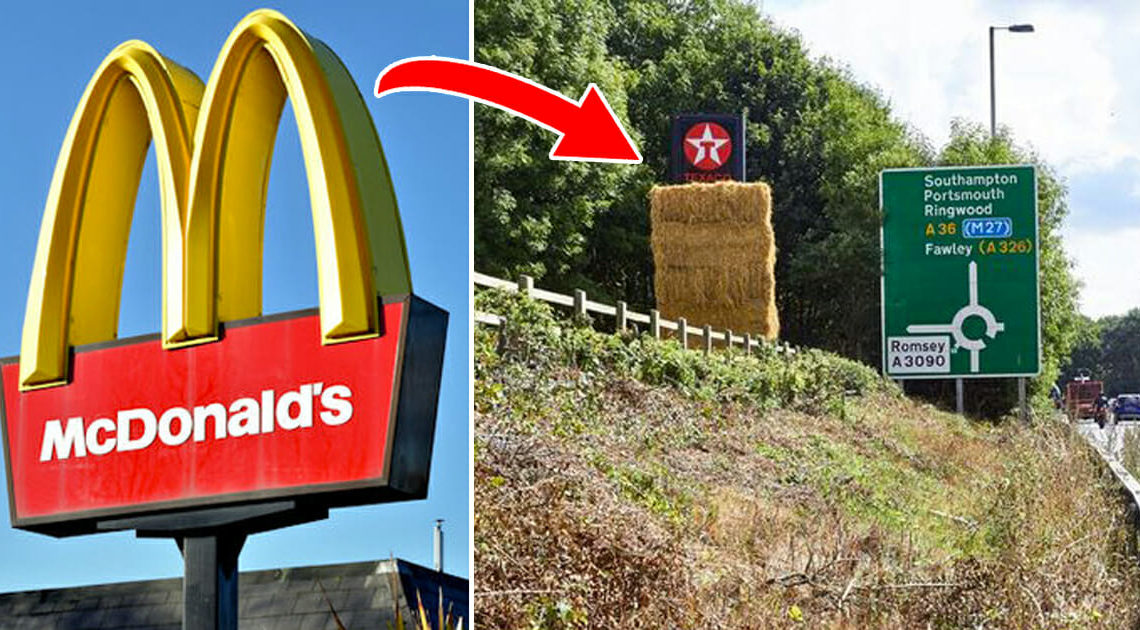 Sometimes trying to outsmart or overstep the local residents is not a good idea. A McDonald’s franchise wanted to draw more visitors to its restaurant in Hampshire, England. So they set up a huge sign along the side of the road.

However, they soon realized that it would not be visible due to the trees next to it.

So their decision came down to cutting all the vegetation obstructing the view – without asking the owner’s permission.

Something they would soon come to regret. As this farmer’s revenge was not only genius. But also absolutely satisfying for everyone following this story.

This is what it looked like when McDonald’s put up their sign. You can’t see it? Well, that’s because the vegetation completely blocked it from the road view, all drivers were able to see was the Texaco gas station sign at the top.

The colossal fast-food chain, therefore, decided to cut down all the plants getting in the way of their ad. Without asking the farmer who actually owned the land where all that vegetation originated from.

McDonald’s made it worse

However, it did not take long before the sign was blocked again – by a huge column of square hay bales.

The landowner perfectly avenged his now gone trees and his initiative was immediately praised on social media. Many thought it served McDonald’s right because they cut down the farmer’s hedge without asking for permission.

A simple question could have solved this problem, but now instead the expensive sign is even less visible than when it was set up. The farmer knew exactly what he was doing!

What would you do if you were in the farmer’s shoes? Was McDonald’s on their right to cut the trees?

Did the owner do the right thing with his revenge? Share the article and tell us what you think!