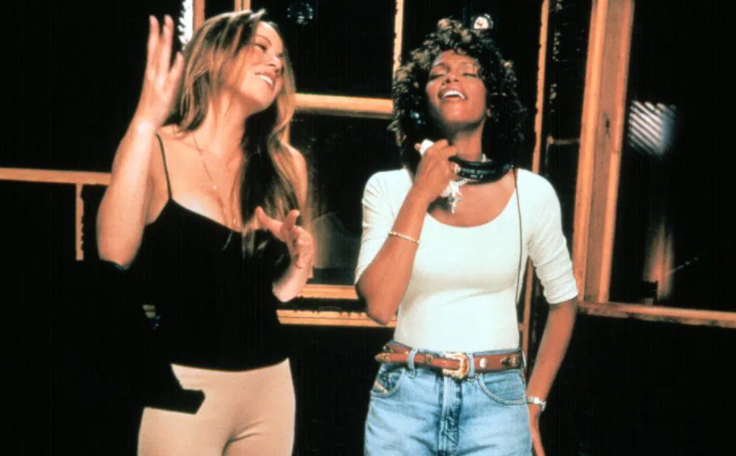 Whitney Houston would have turned 58 years old on August 9, 2021. Unfortunately, she passed away back in 2012. In honor of her heavenly birthday, many artists paid tribute to her including the iconic Mariah Carey.

The two collaborated on a song called “When You Believe” for the 1998 movie The Prince of Egypt. Mariah shared a video of herself and Whitney and wrote, “Happy birthday Whitney 👑 Missing and celebrating you today ❤️❤️❤️” 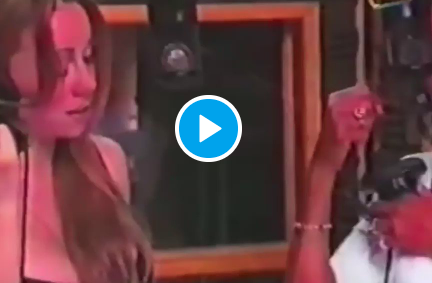 The song ended up winning an Oscar for best original song. The vocalists were both in their early 20s during the ’90s and had similar voices, so of course, they were often compared to each other. Mariah once said, “When you’re new, you have to be compared to someone. There are a lot worse people I could be compared to. She’s a superstar and a great vocalist.”

Over the years, there were several rumors that they had a feud because they were compared so often, but they shut down rumors when they recorded “When You Believe.” They also appeared together on The Oprah Winfrey Show in 1998. 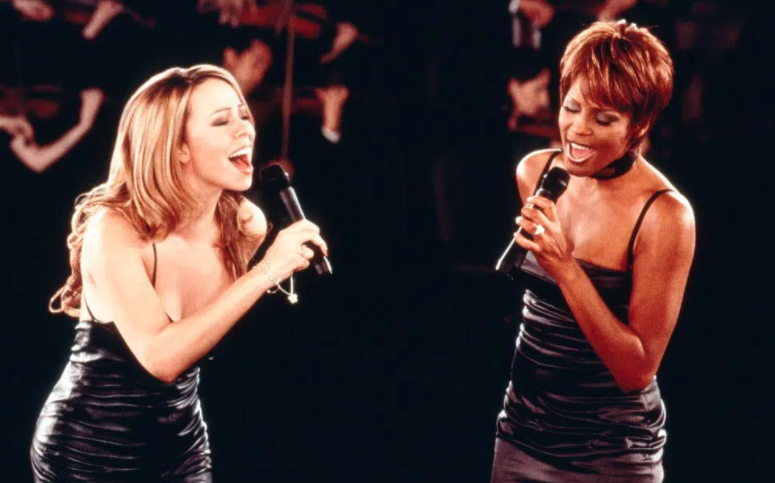 Whitney said on the show, “When we got together, it was like magic. We clicked, we laughed like old girlfriends.” Their supposed rivalry was still brought up years later! However, when Whitney passed away, Mariah attended the funeral.

She said, “I don’t think people could ever really understand our relationship. There was always this supposed rivalry in the beginning and then we did the duet and became friends and I saw her toward the end and I loved her… her legend’s going to go on forever.” RIP Whitney. Listen to the song below: