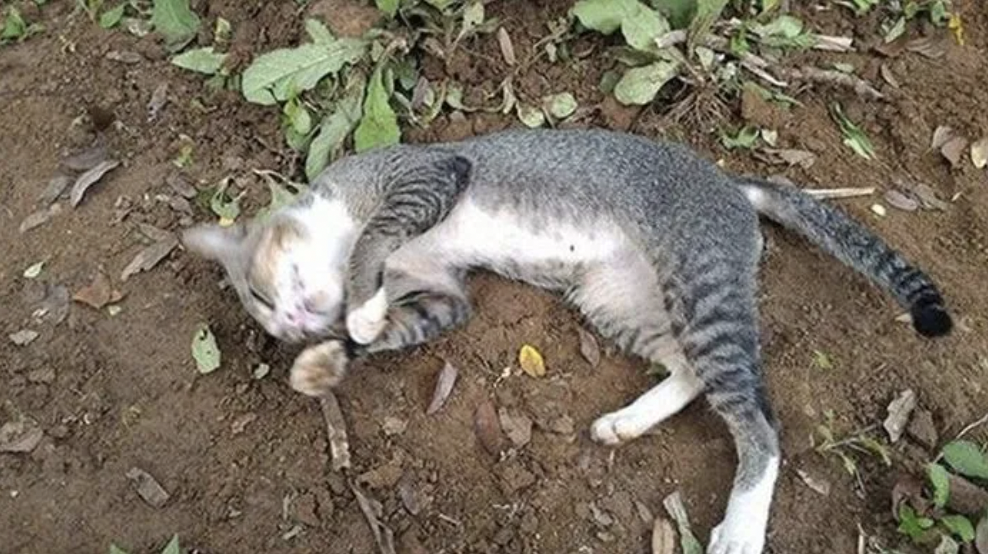 Returning home and passing by the cemetery, Keli Keninhau, a resident of the Indonesian island of Java, noticed a strange sight. He saw a cat that was sitting near one of the tombstones.

It was noticeable that the cat was not a random passer-by, but came intentionally or even lived there. So Keli decided to leave food and water for her. 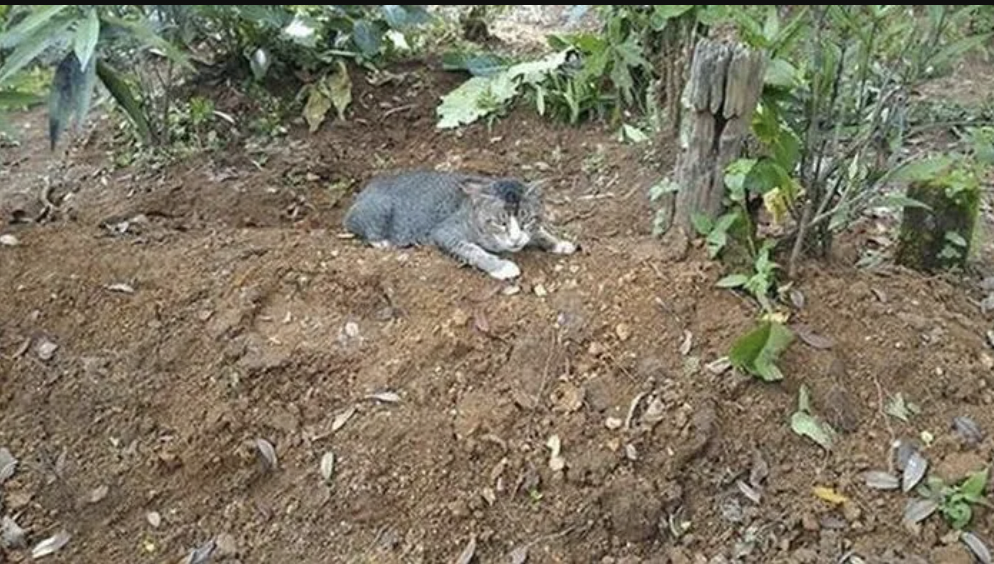 A day later, the situation repeated itself, Keli again saw the cat at the same gravestone, and the cat did not touch the food or water.

Then the man became interested in the strange behavior of the animal and decided to follow the cat longer, because it did not look like a stray. 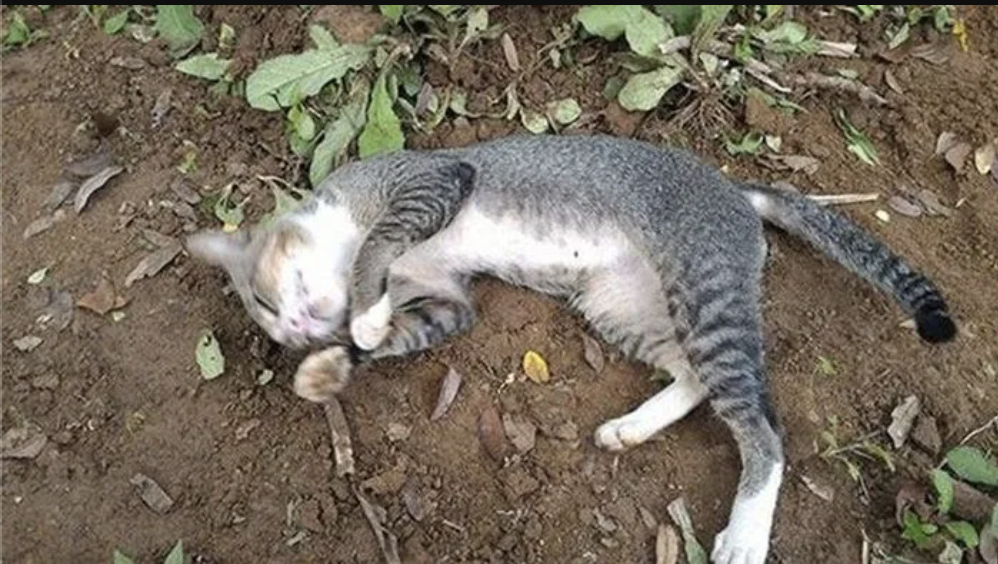 But the next day the cat was in the same place, and no matter what Keli did, she stubbornly returned to the cemetery every day.

Keli was very interested in this and began to collect information about this mysterious cat. He managed to find out that her owner had recently died and was buried in this cemetery, and the cat has been visiting him every day since then. 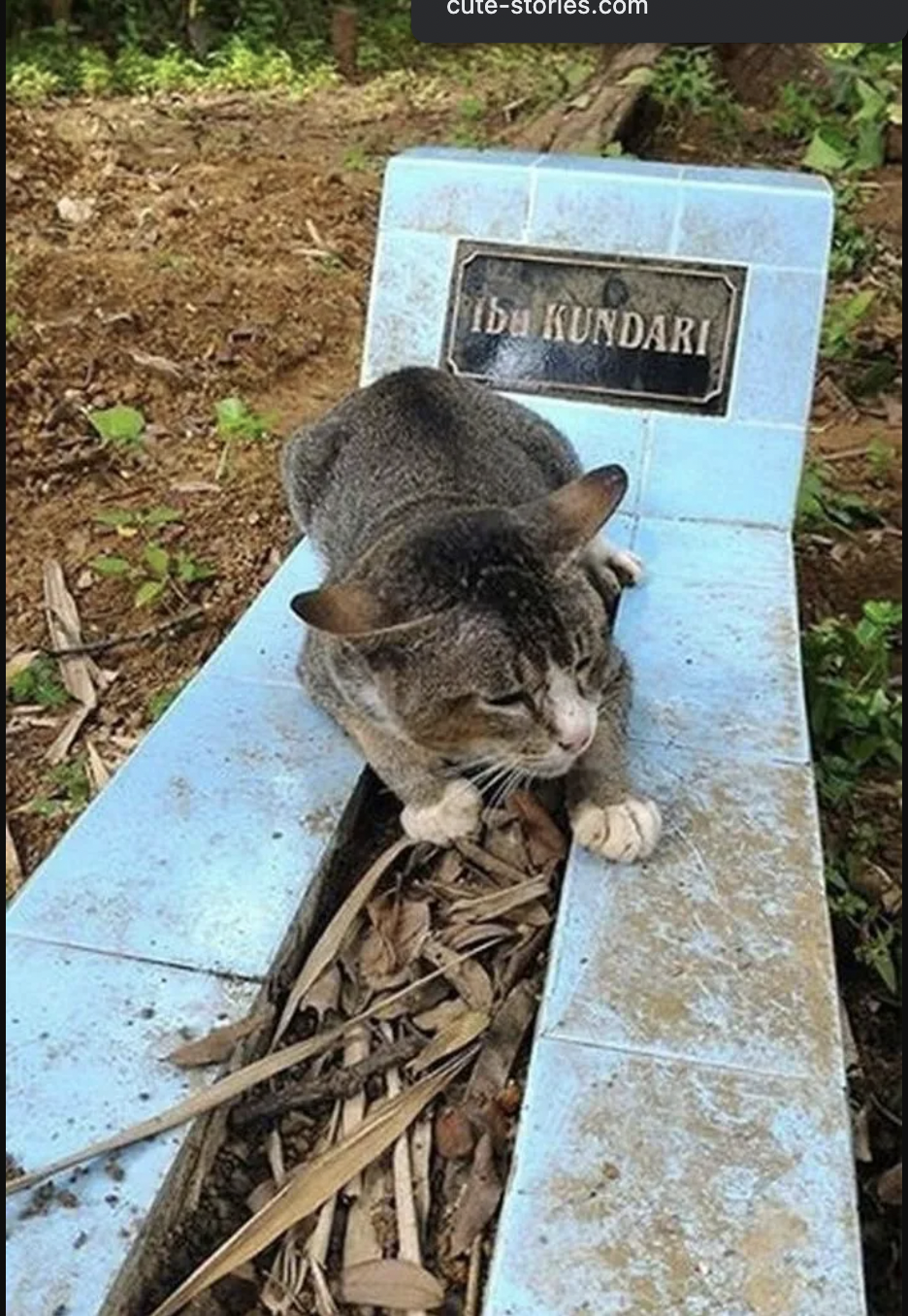 For a year now, every single day, despite the weather, the cat comes to the cemetery to the grave of its owner. Apparently, their connection with the owner was so strong that it has remained inseparable to this day.

Keli did not stop caring for this cat and every day brings her food and drink, and never ceases to be surprised at this strong love between animal and human.