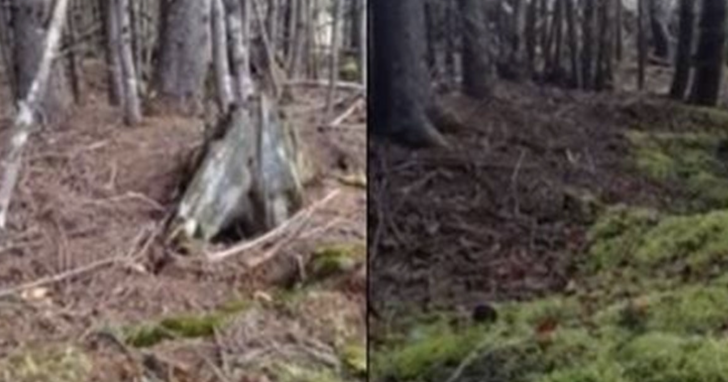 Nature is beautiful and amazing in all its ways. I love to go for a stroll in my neighborhood just to admire the greenery and all things natural, that we live around. And if I’m feeling very adventurous, we have a small woodlot right behind the house, that I like to explore. Although I’ve never found anything interesting in my 20-plus years of “exploring”, I’m sure the man who made the video below, can say otherwise.

Below is some footage that a man, by the name of Brian Nuttall, recorded and then uploaded onto the internet, and for all the right reasons! While on a casual stroll in Nova Scotia, this man saw the earth “breathing”.

They’re visually describing this phenomenon as looking like “a giant sleeping under the forest floor”. Brian says, “As I entered a patch of trees spared from clear cutting, I noticed the ground moving, ” so he decided to pull out his camera and record the phenomena for millions of others to virtually experience.

Although the entire thing looks super magical and scary, the explanation behind this entire thing is more scientific: When there are strong winds, experts say that the roots loosen and tend to shift beneath the earth, hence the “breathing” effect.

We know, somewhere deep down inside, we all wished that science had less to do with this phenomenon!

Have you come across anything interesting while exploring the great outdoors? We’d love to hear about your adventures in the comments below.