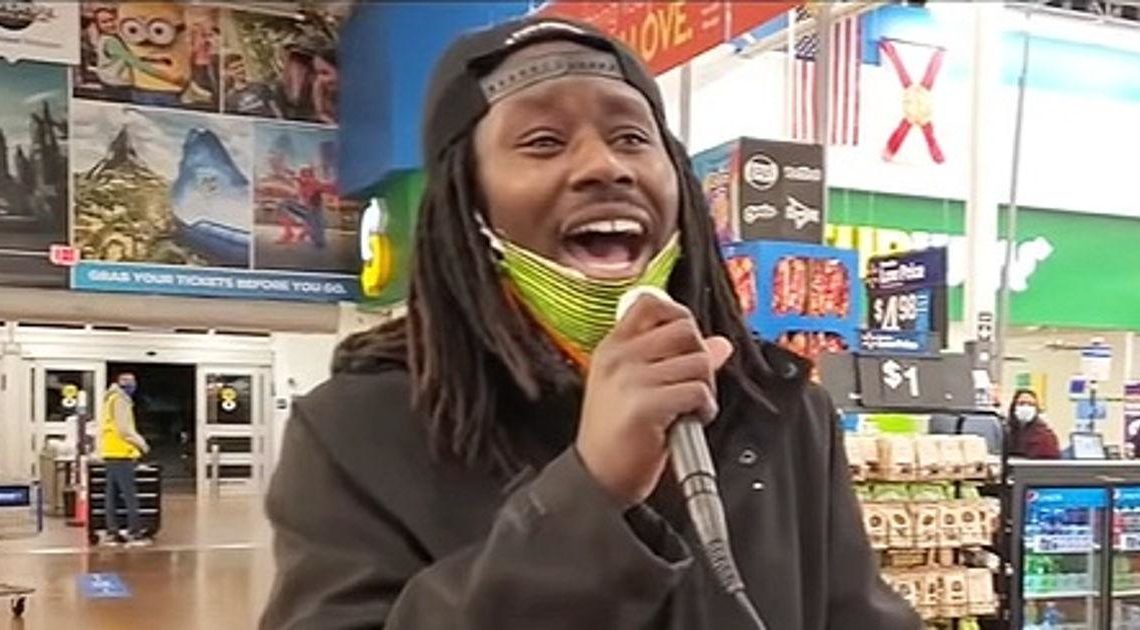 “Unchained Melody” is a 1955 song that has been performed by multiple artists for almost seven decades. It is a song that has been reinvented time and time again from professional singers and musicians to up-and-coming artists. The Righteous Brothers’ 1965 version is the most definitive version of the song, but it has truly surpassed the test of time as it has been recreated by more than 600 artists in multiple different languages.

One of the most recent versions of “Unchained Melody” was performed by a man in a Walmart in Orlando, Florida. The performance was put on by an artist by the name of Rodric King, who is well known on social media for having an absolutely incredible voice. He also writes some of his own music when he isn’t busy putting his own personal spin on some classic songs. Several of his covers and performances have been viewed by people from all over the world, but there was something special about his version of “Unchained Melody.”

Proving that nothing could stop him from sharing his passion with the world, King decided to sing his own version of the recognizable song for a store full of lucky shoppers at Walmart. Blown away by the reception of his YouTube video of the “Unchained Melody” cover, King went back to Walmart in early 2021 to perform once again in a new video that has since gone viral. With a speaker in a shopping cart and a microphone attached, King put on the performance of a lifetime as he humbly yet wonderfully sang one of the most well-known songs of all time. 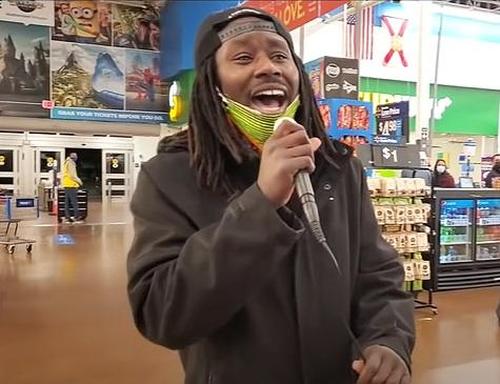 According to his personal website, King first learned how to sing back in 2009 by studying vocal trainers on YouTube. After years of practicing and putting in the hard work, he has since become a global sensation on the platform. King revealed that he spent years overcoming his stage fright by performing at grocery stores and karaoke nights, where he was also able to improve vocally. At first, no one paid him much attention, but he soon found himself with a supportive fan following.

In 2012, King wrote his first song called “Because I Win,” according to his website. It took a few years, but he was eventually discovered by Krislyn and Luis Rojas of Eklectic Entertainment in Orlando. They later invited him to be one of the lead singers of the Blonde Ambition band, which has performed all over the world.

Uploaded on March 8, 2021, King’s Walmart performance of “Unchained Melody” has since received almost 500,000 views — and it’s easy to see why. His talent is undeniable. With a strong yet stunning voice, King’s vocal easily soared through the store with the help of his speaker and microphone. Shoppers grew more and more interested as the performance went on and King hit some impressive high notes. It was evident that he had poured his entire heart and soul into the amazing performance.

According to his website, King has a lot in store for the future; he is currently working with a new camera crew to produce “engaging content” for his fans and new followers while working on more music. We’re excited to see what King will sing next!

What did you think about this rendition of “Unchained Melody” by The Righteous Brothers? What was your favorite part of the performance? Let us know, and be sure to pass this on to your family members and friends, too!