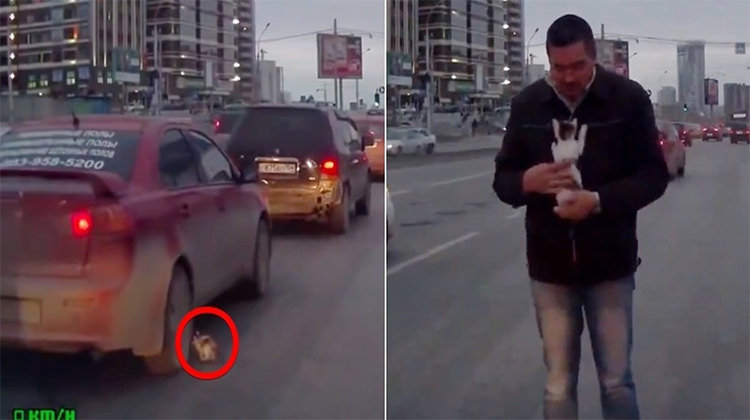 A kind-hearted man jumped into traffic in Russia to rescue a kitty that was trying to cross the street. The little one had started walking when the cars were at a stop sign but right when he was in the middle lane, the cars started to move, nearly running him over. That’s when this man rushed to save the kitten, right before a car hit him.

And it seemed like it was the kittens’ lucky day because another woman that saw the entire scene as it happened, approached the man to make sure the furry friend was alright and told him she could take the kitty and provide a loving home. 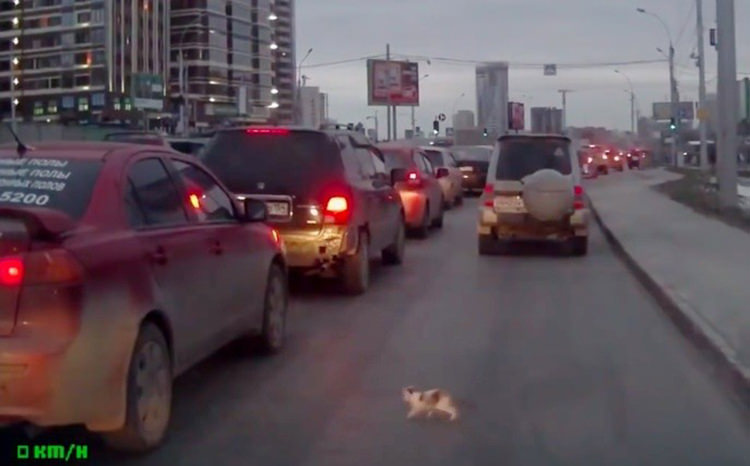 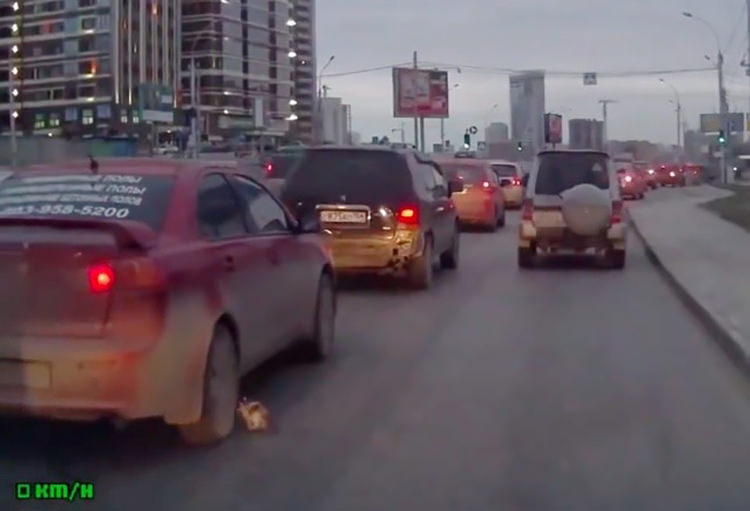 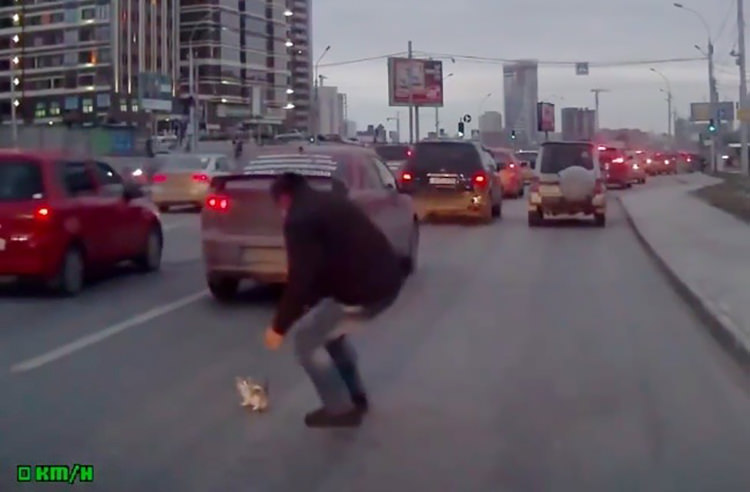 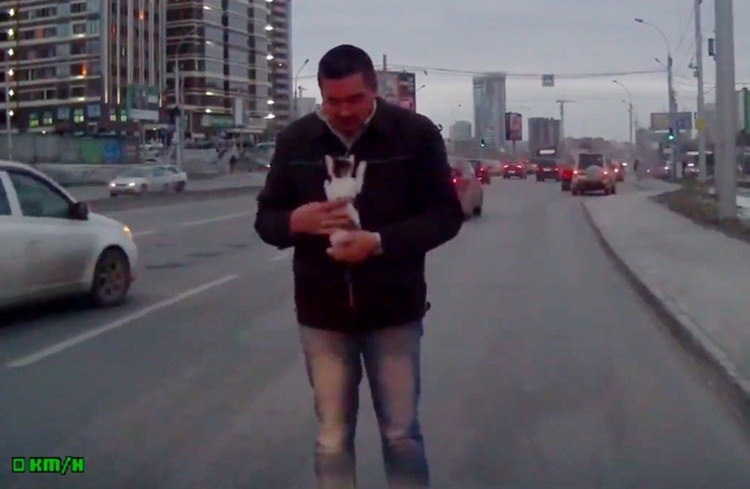