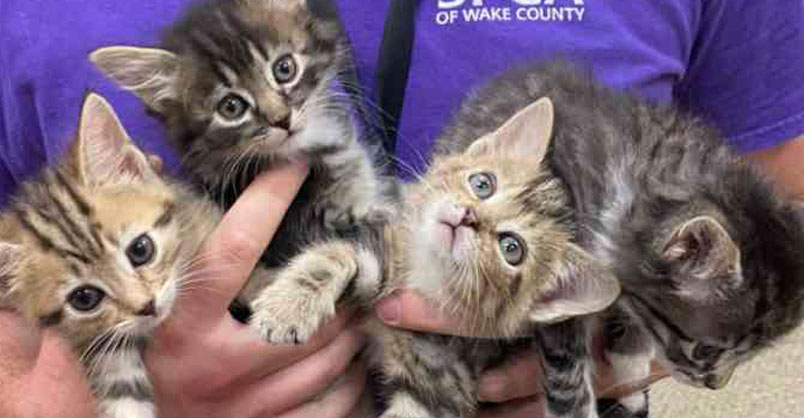 85-year-old Chuck Campbell was driving down a country road in North Carolina when he spotted a paper bag by the side of the road.

His curiosity got the better of him and he stopped to investigate. When he opened the sealed bag he found five newborn kittens gasping for air. 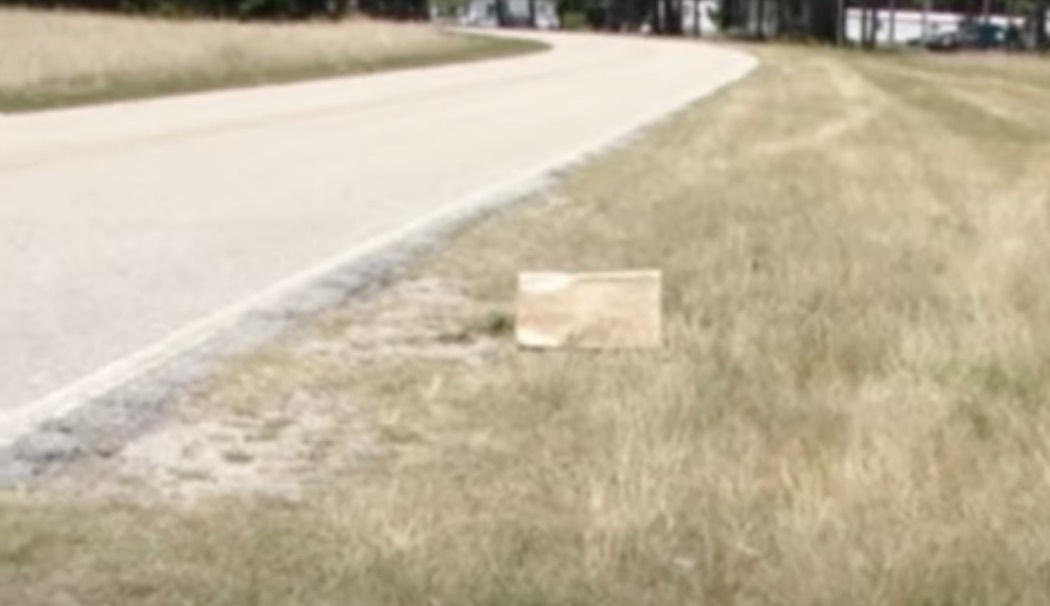 He immediately took the kittens to the SPCA in Wake County knowing that time was of the essence if had any chance of survival.

The two week old kittens were starving and dehydrated, and sadly only four of the kittens survived. 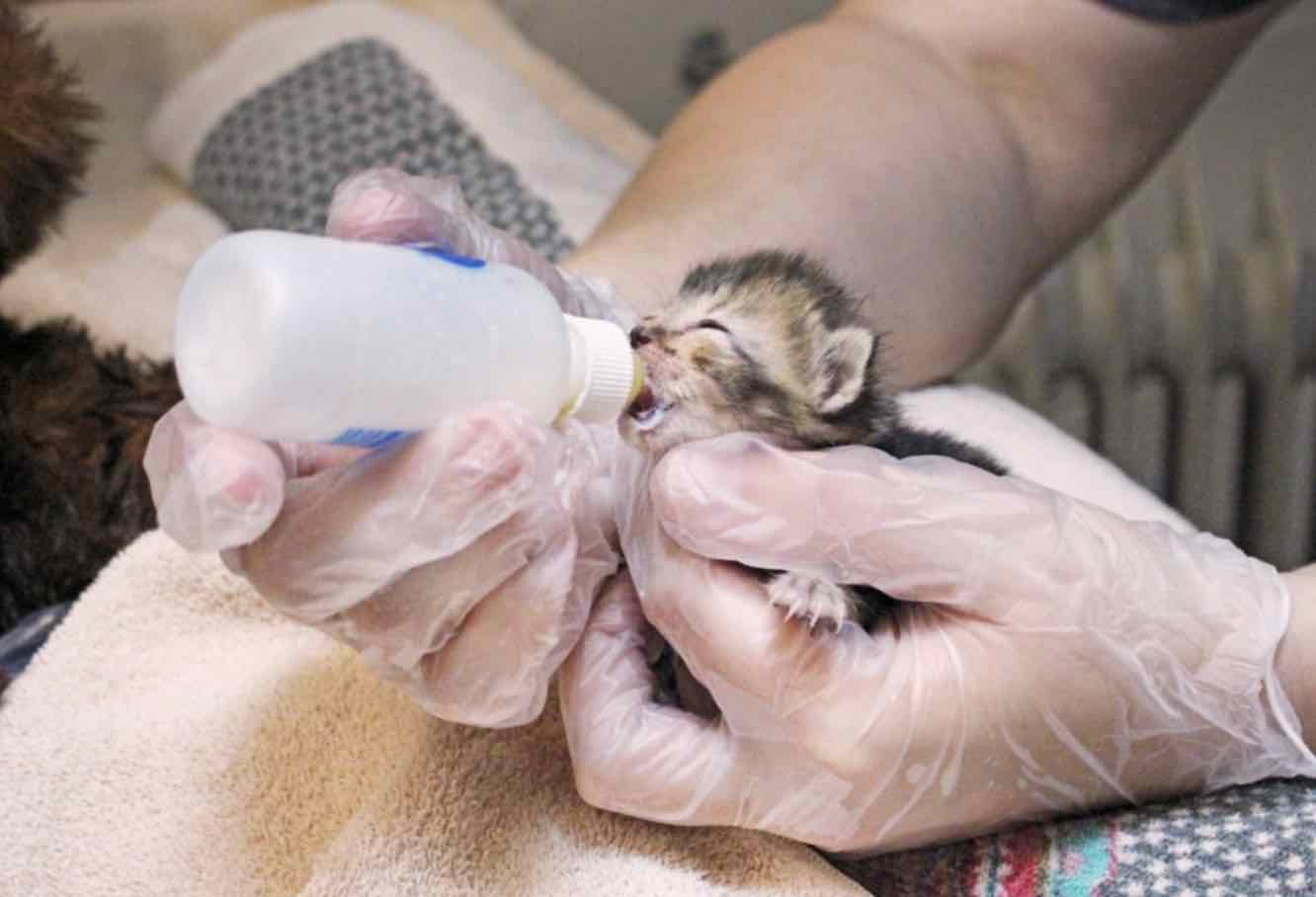 They were given round-the-clock care as they needed to be fed every two hours and a caring foster family took them in.

They named them “The Blackbird Kittens” and gave them all the love and attention they needed to grow up healthy and strong. 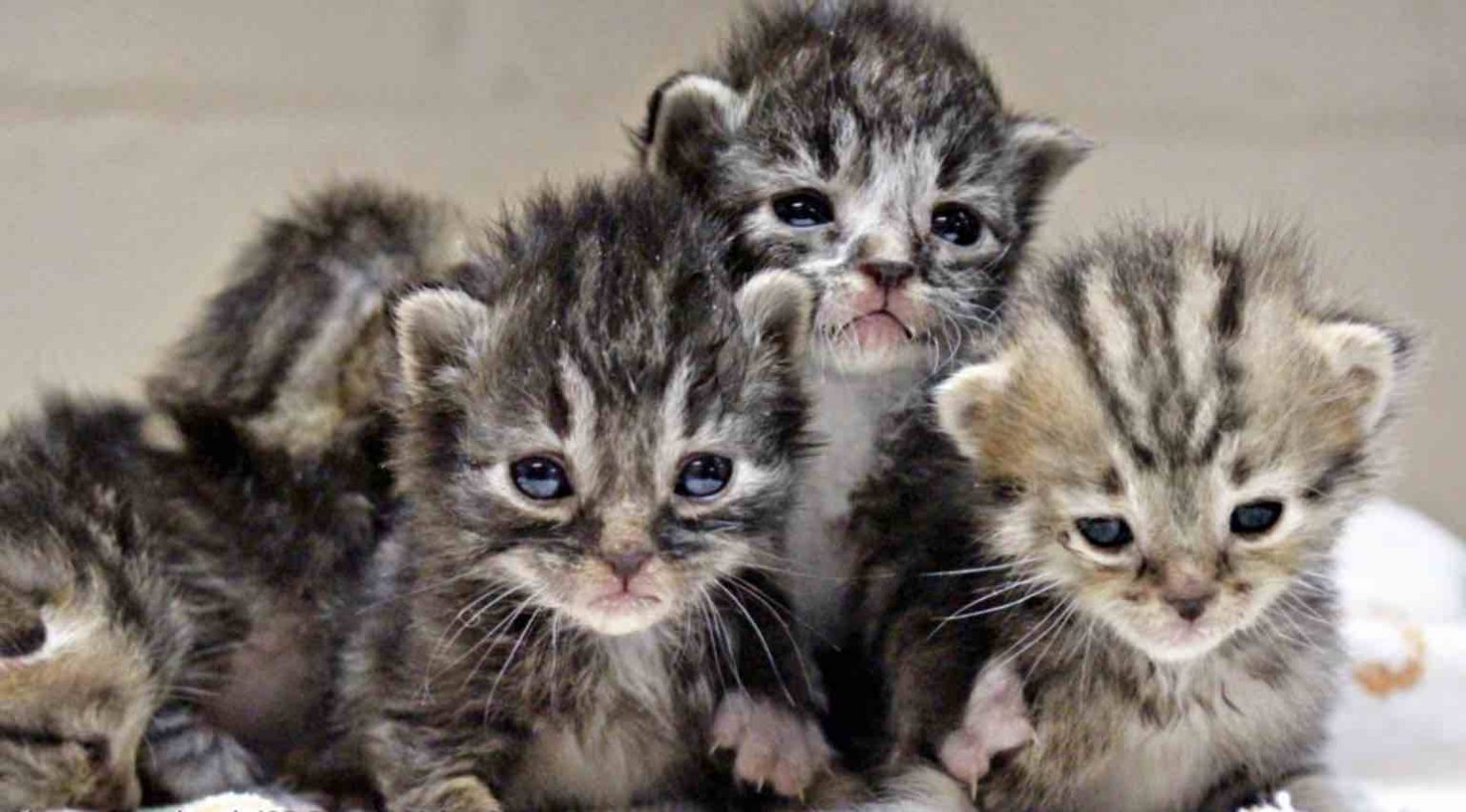 Chuck couldn’t believe that there are people out there that could do such an awful thing and felt it was fortunate that he was in the right place at the right time.

At six weeks old the four siblings are thriving and will soon be put up for adoption.

Chuck hopes they all find loving forever homes. He said the way they were carelessly abandoned and left for dead made him “want to cry.” 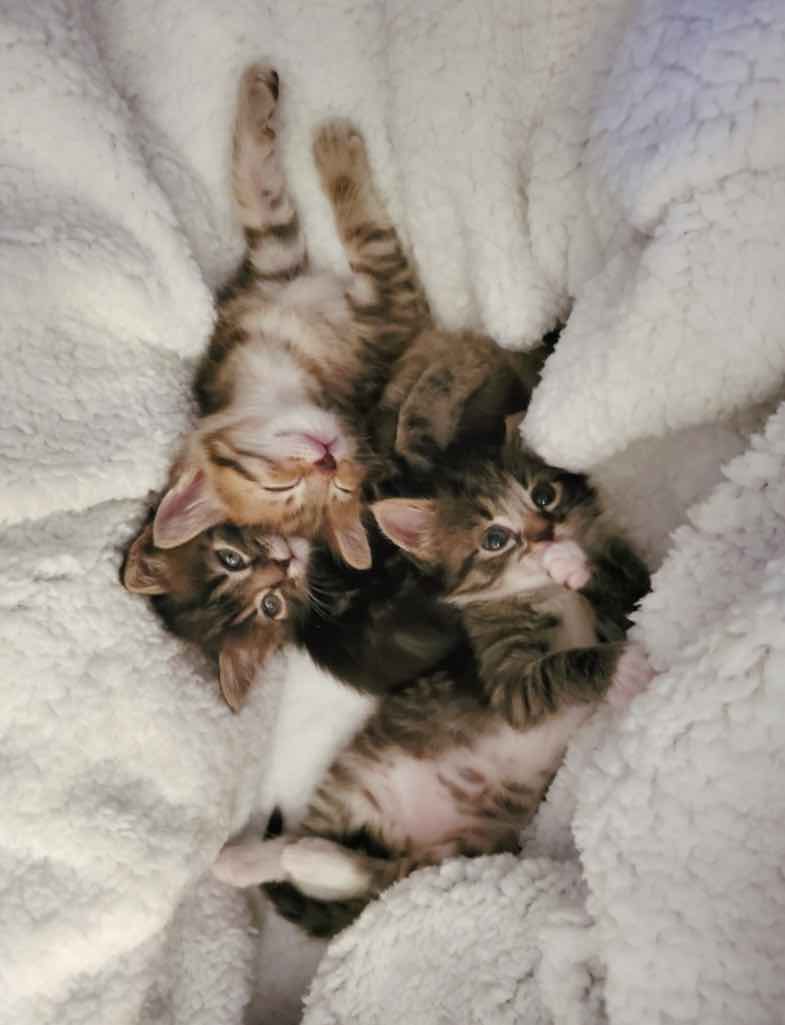 These delightful kittens may look alike but they all have their own unique personalities.

Magpie is the shy one, Raven loves to shower kisses on everyone, Crow is very loud and demanding and Jackdaw is the bad boy! 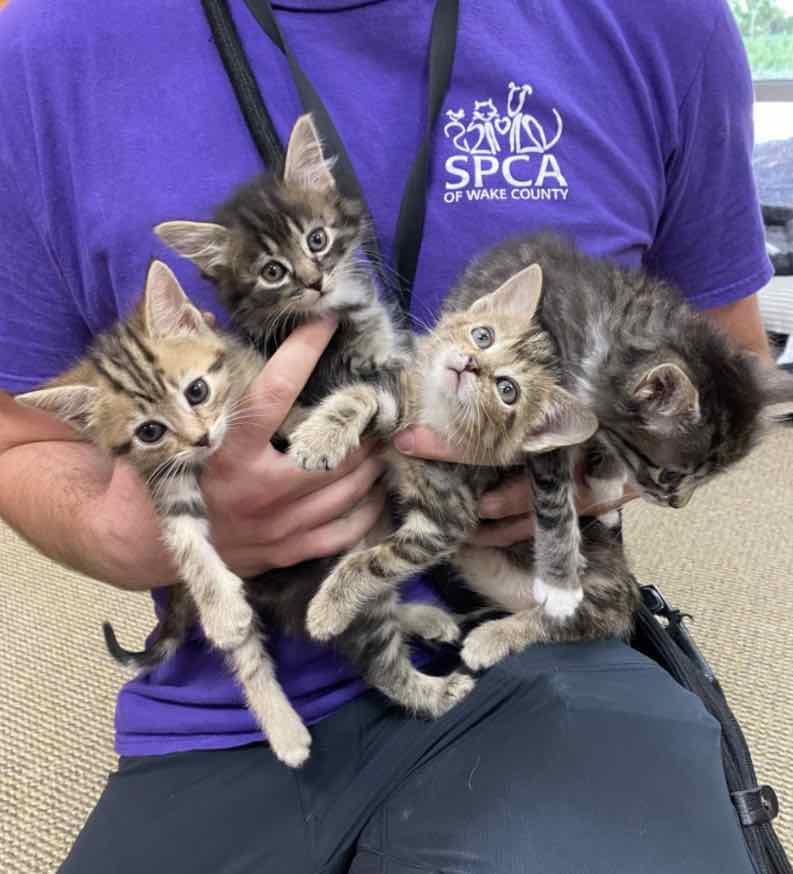 UPDATE: All the kittens have been adopted into loving forever homes and will now live the lives they deserve.