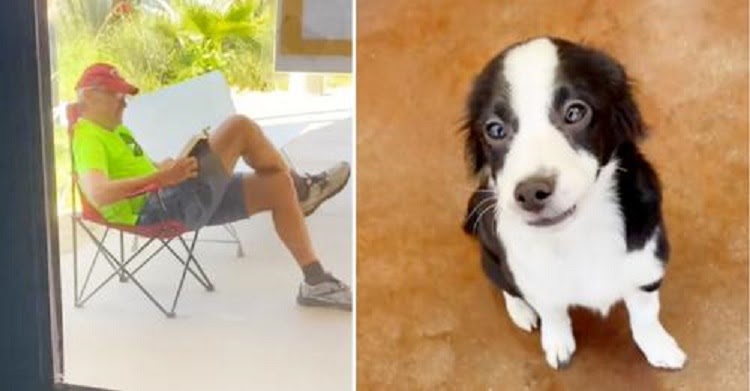 Many of us have gotten in line early for something we really want, hoping to beat the crowds and be one of the first: nabbing concert tickets or a newly-released phone, for instance. But wouldn’t it be nice if people were that eager to adopt pets? Imagine a world where people line up outside before shelters even open just for a chance to adopt the dog of their dreams. Well that’s what happened at one shelter recently, as one man lined up early to make sure a beautiful shelter puppy would be his. Elliot, a border collie puppy, ended up at Palm Springs Animal Shelter in March after being found as a stray, according to The Dodo. 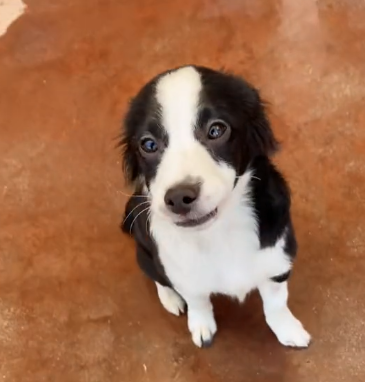 The scared, shy dog was put in a foster home until he could be put up for adoption — and there, he made a big impression on the foster’s neighbor, Dr. Brian Eberhart. “He had the opportunity to get to know Elliot before he was available and fell in love,” Anthony Mercurio of the shelter told Newsweek. So when Elliot was put up for adoption, Dr. Eberhart knew he had to be the one to give the pup a home — and he made extra sure no one else would claim the dog before him. On the day Elliot was up for adoption, the shelter didn’t open til 1 pm — but he waited outside for five hours before the opening, ensuring that he’d be the first. 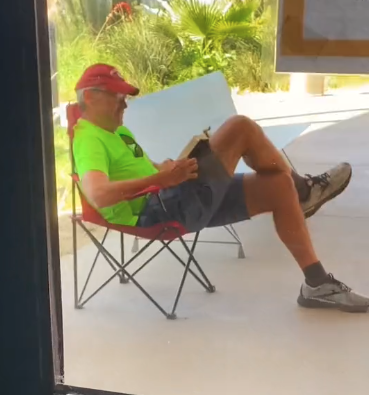 “He was there from around 8 a.m. to 1 p.m. when we opened. We saw his lounge setup outside and just had to talk to him and found out he was there to ensure he had a chance to adopt Elliot,” Mercurio told Newsweek. Dr. Eberhart camped outside, relaxing in a folding chair with a book. “His wife later relieved him for a bathroom break just before noon. It was a team effort,” Mercurio said. He was certainly more dedicated than most people are when it comes to adopting a dog. “Other people came by that morning as well, but once they found out that we didn’t open until 1 p.m. that day, they gave up and left,” Mercurio told The Dodo.

Thankfully, his patience paid off, and Eberhart indeed had the first chance to adopt Elliot. If his camping outside wasn’t enough to prove that he was the perfect owner for the pup, Elliot’s reaction certainly was. “Elliot acted like he was being reunited with an old friend and it was obvious to us that there was a match there!” Mercurio said. Dr. Eberhart went home with Elliot that day, and gave him a new name, “Leo.” According to The Dodo, it stands for “Love Each Other.” 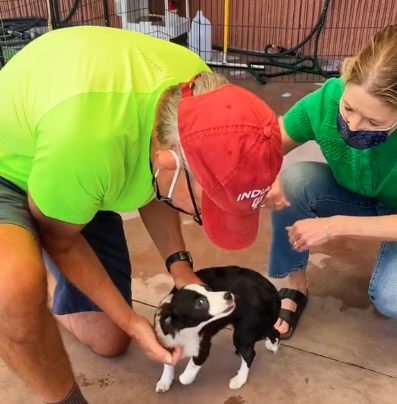 After the heartwarming moment went viral, Eberhart set up his own TikTok account to show his adventures with Leo. Videos show that the man and dog are very happy together, and can often be found relaxing together around the house. “Life is good together,” Eberhart wrote.

What a sweet story. It’s clear that this man truly loves his new puppy, and we know they will be devoted to each other forever.