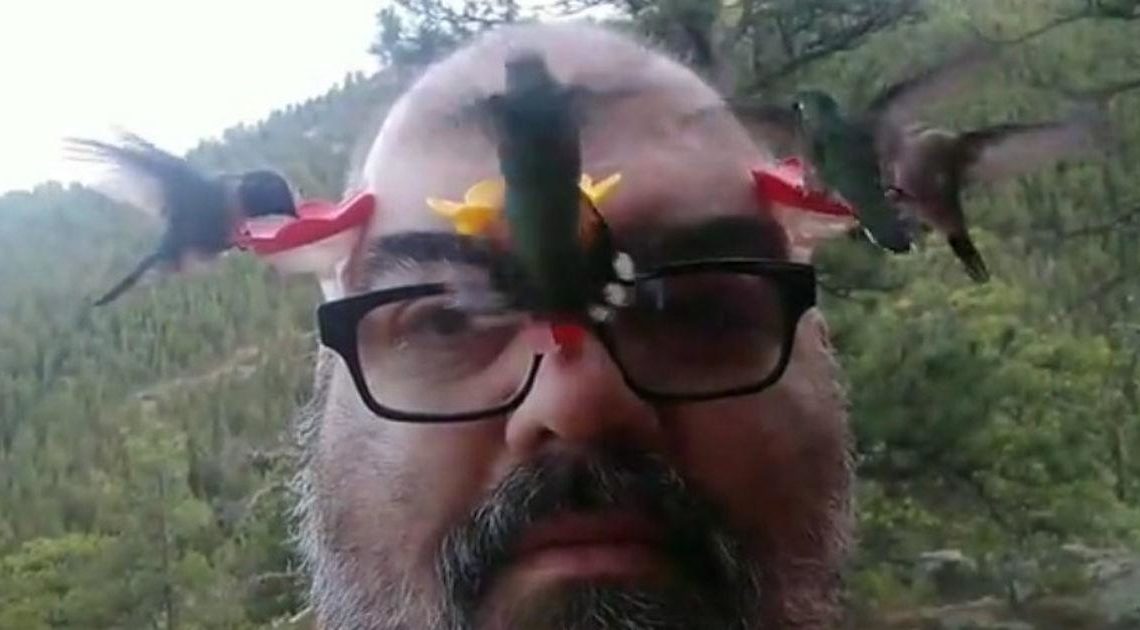 Everyone has heard of bird watching. Usually, that’s understood to mean someone gets binoculars and goes out into the woods trying to find birds. It’s an unusual person who tries to make the birds come to them. Bur this May, an inventive Colorado man did just that with a self-made, wearable bird feeder.

The Birdman of Lyons, Colorado 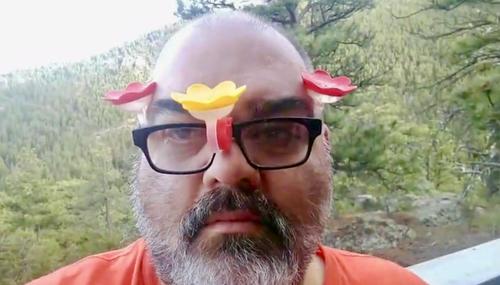 The popular footage of the incident is almost totally silent. Only the birds and other nature sounds can be heard. A man in a red t-shirt stands still. He is wearing a red t-shirt and glasses. However, what’s really notable is that there are small bird feeders attached to his glasses. And as he stands still, hummingbirds start to surround him.

At one point in the video, titled Hummingbird Whisperer, there are over five of them flitting around his head at one time.