Mama Loses All Of Her Pups, Becomes Mom to Three Orphaned Kittens 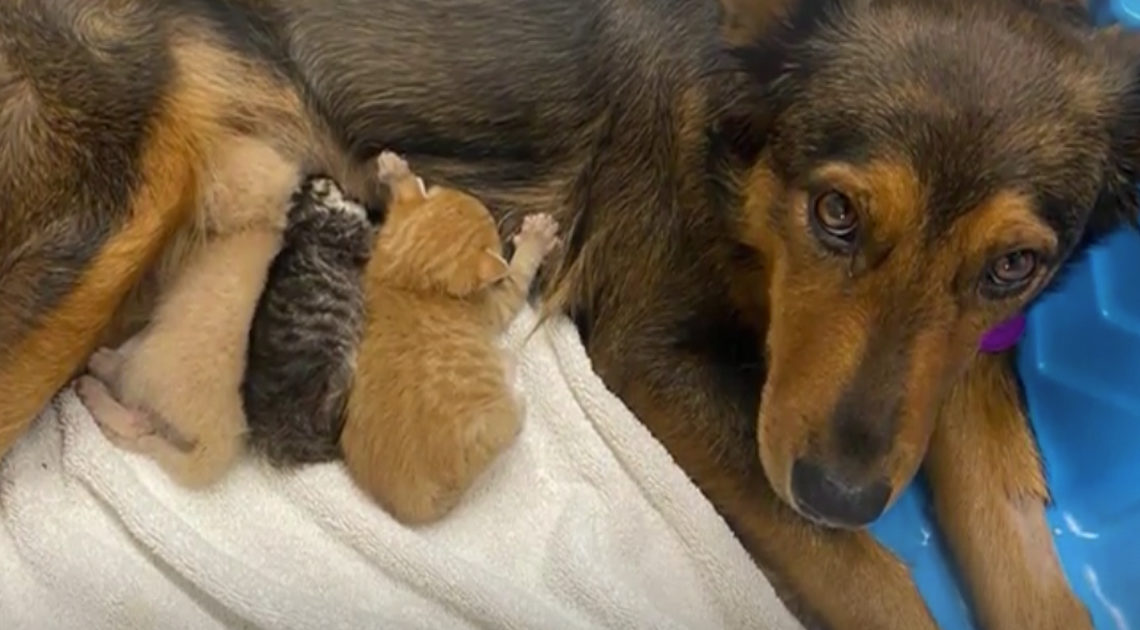 A pregnant Australian Shepherd was found living at a gas station near the Mexican border, so Arizona based Sunshine Dog Rescue took in the soon-to-be mother. Unfortunately, the litter was born prematurely and none of her puppies survived.

“I’ve never had a mom dog lose a whole litter before. The best way I could describe it was she was frantic. It was so sad, she was looking for those babies. She tore up the toddler mattress we had her on, trying to find her babies,” Anita Osa, founder of Sunshine Dog Rescue, told CNN.

Anita immediately started looking for puppies that Georgia could take care of. But she found three kittens! She decided to introduce them slowly …

Georgia immediately accepted them as her own, and the kittens did not seem to even realize that it was a dog. The dog allowed them to breastfeed and brush them like a good mom! 🙂

Sadly, one kitten ended up passing away. But Georgia has two babies with whom she’s created an unlikely yet adorable bond. Awesome! 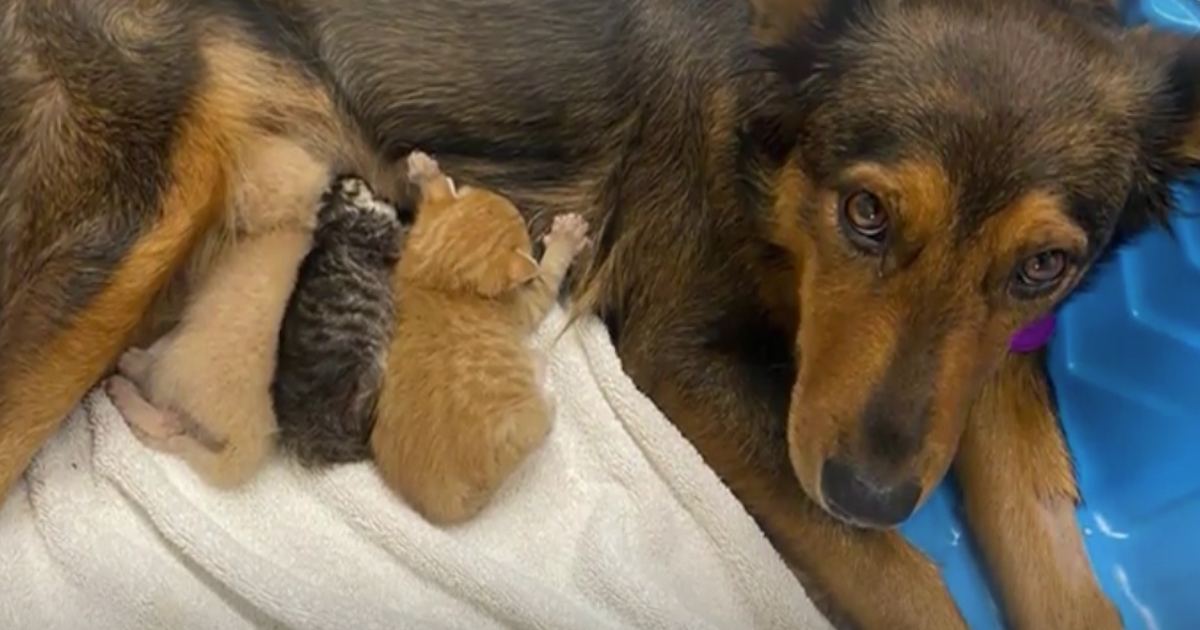