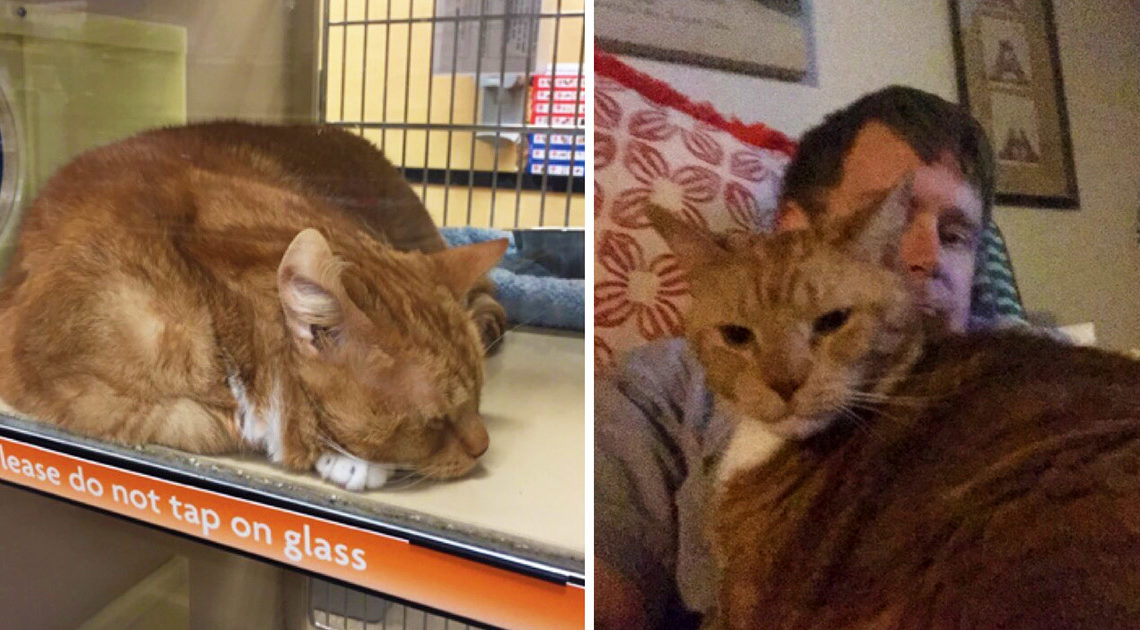 A man went shopping one day to buy cat food but what he actually came out with was a 25lb rescue cat!

It was definitely love at first sight for the man as they opened the cage door and Pumpkin the cat began to squeak at him.

“When I walked into the PetSmart to get food, I saw this dude, Pumpkin, in the SPCA adoption center. His paperwork said he was 25 lbs and came from England. His owners brought him here and had a kid, so they dumped him after 6 years because he was ‘too needy’. Whatever.” explains Reddit user GREGORIOtheLION.

“I called my wife in from the car because when the employee opened the cage for me, he literally squeaked at me. It was love at first sight for us.”

With the adoption came instructions that who ever adopted him needed to get his weight down. The man wasn’t daunted by this as he had already been through this before with his other cat.

Once home it didn’t take long for Pumpkin to settle into his new surroundings.

“He’s digging the office, where we’re keeping him while he and our other cat get to know each other. He loves the tree. Upon letting our other cat, Bartleby, into the office (trading them out for a few minutes), he smells everything in sight. While Pumpkin just lays on the couch to say “I don’t need to smell anything. I’m home.”

“Look at this guy. Sweetest cat ever. Since he’s from the UK, and we live on a street called Hebron, we’ve renamed him. Meet Pumpkin Cumberbatch Pierce, the Duke of Hebron.”

What a lovely story with a very happy ending!