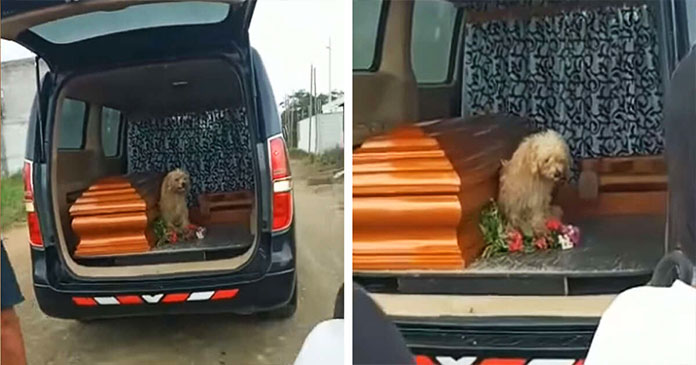 Animals are emotionally very intelligent than we think they are. They formed a very close bond with their owners and can’t hope to live without them.

The death of the owner can be very devastating for them. It is said that dogs understand that their loved ones have passed away and they can even mourn for them.

The same emotion was experienced by a tiny dog named Bumer after the death of his owner. His owner Maria Isabel Benites Chamba, who was 95 years old woman from Ecuador, passed away and her funeral was attended by her family and friends at her home Funeraria Santa Rosa.

Maria was very much missed by Bumer who continued to be on the side of his owner and did not want to leave her. The dog remained by the casket throughout the service and insisted on being by her side.

A funeral home spokesperson said that both of them shared great affection and bond. He was always there with his owner. Everyone who was present there was moved and inspired by the dog’s loyalty and love for his late owner.

When the service ended and the time came to lay Maria to her final resting place, Bumer did not want to leave her side.

The casket was placed in a hearse and Bumer jumped into the car as he was eager to accompany her to her last resting place. A spokesperson said that the dog circled the hearse before jumping into the car.

The people who were mourning decided to let Bumer take the ride by her side. As this video was shared online, the people were moved by the dog’s grief. 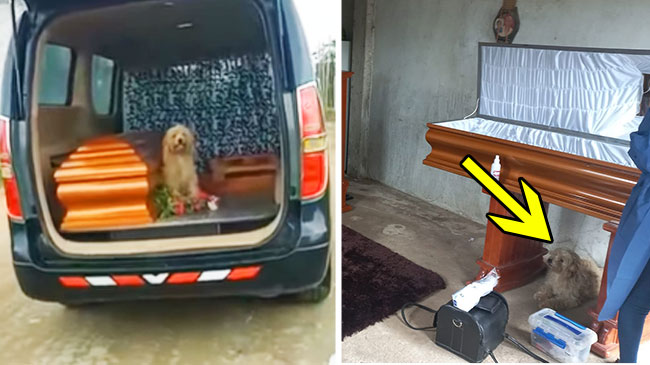