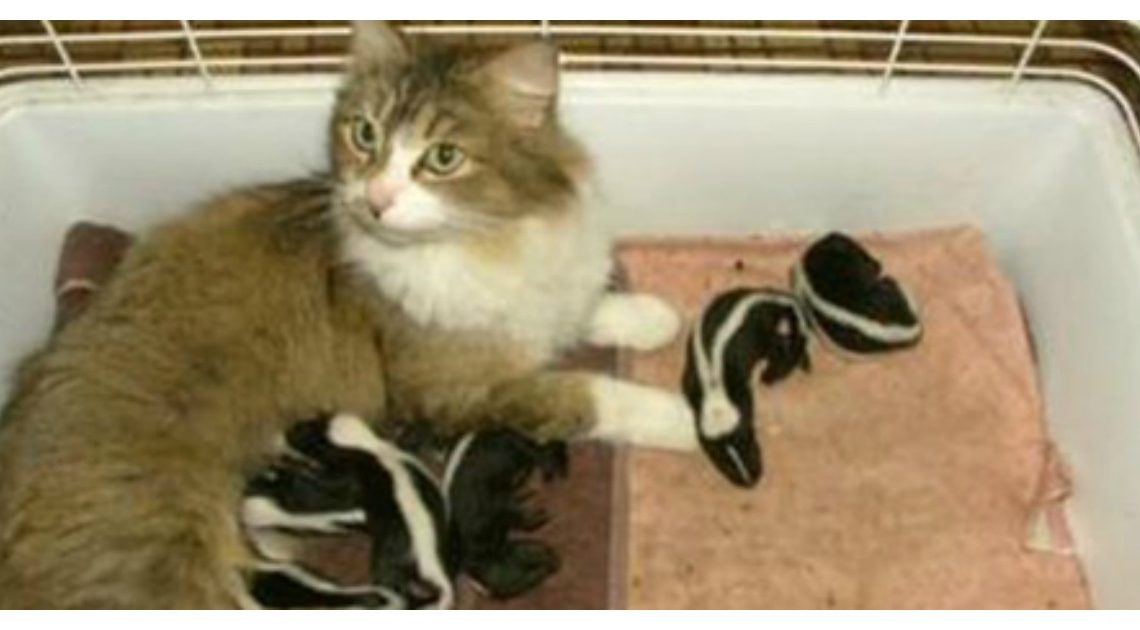 Six baby skunks were abandoned by their mother, just one week after being born.
Lucky for the baby skunks, there was a nearby farm cat who had just finished weaning her own kittens. So, the cat proceeded to taking care of the skunks as if they were her own. 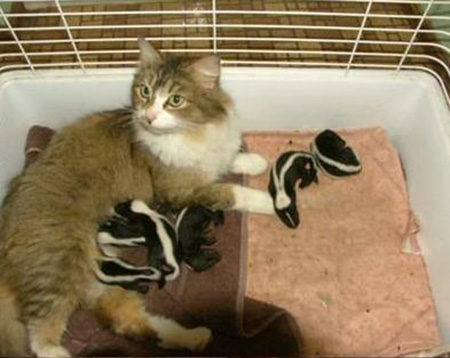 She was a little hesitant at first, but her natural mothering instincts kicked in and she started to nurse them. 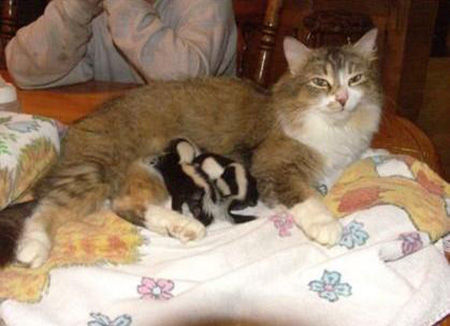 Two weeks have now gone by and the baby skunks are doing wonderful, and their foster mommy is happy. Momma cat has become very devoted to them. She even carries them around to show them off to visitors! 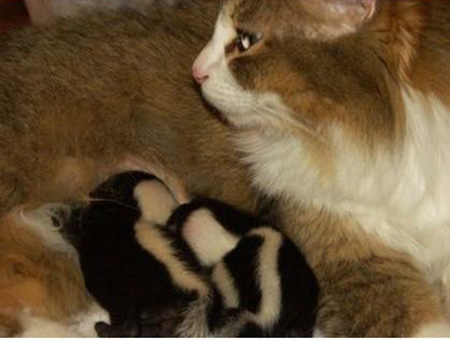 Once they’re old enough, the little skunks will be released, so they can fend for themselves.