LOOK: A grandmother 86, remarried in a beautiful dress designed by her 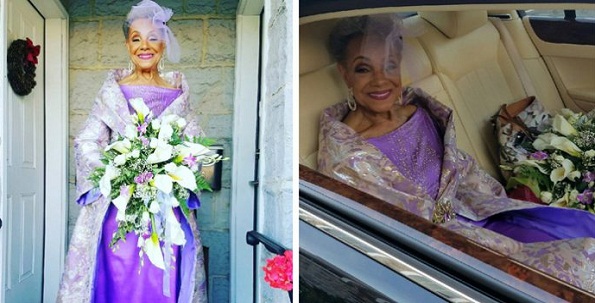 A 86-year-old Millie Taylor Morrison has stunned everyone as she married in a beautiful purple gown that she designed herself. The bride was a model for more than 50 years ago and there is no doubt she still has that blazing charm. Khadija, granddaughter of bride clicked pictures of her and posted them on social media.

And quickly the uploaded picture crossed 100,000 likes. “She just turned 86 one week ago and her new husband will be 86 in December. My grandmother was married to my grandfather for 41 years, when he leave this world, Khadija wrote. 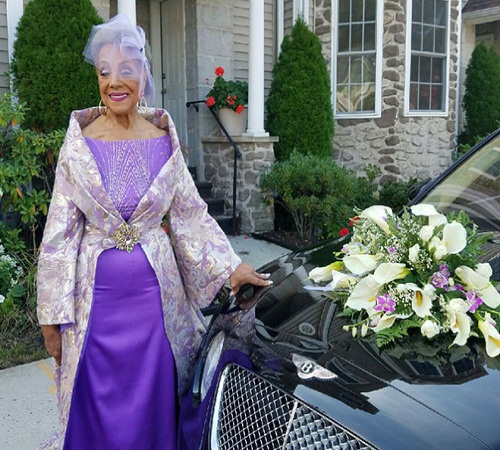 She added, After almost 25 years she found love again and our family couldn’t be delighted for her.” Harold Morrison is the groom who has known Nana Mille for six decades. Two years back when Harold got really sick the pair moved in together and she took care of him, and once Harold healed they chosed to officially marry each other.

The reception was organized in Richfield Regency in Verona, New Jersey. The decoration of room is flawlessly complements Millie’s purple dress. One week ago, She turned 86 and her new husband will be 86 in December. Ms Morrison said the Daily Mail about the whole experience, ‘I cannot put it into words- I feel so blessed. 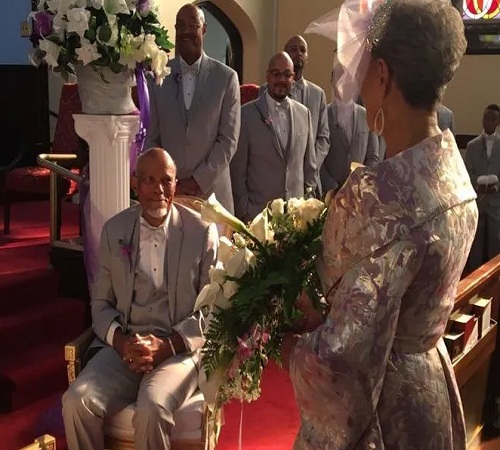 The another granddaughter of Morrison, Ms Elkharbibi became the PR of newly bride grandma, said: ‘She is absolutely thrilled about all of this and very grateful and humble. She never intended for any of this to happen.’ 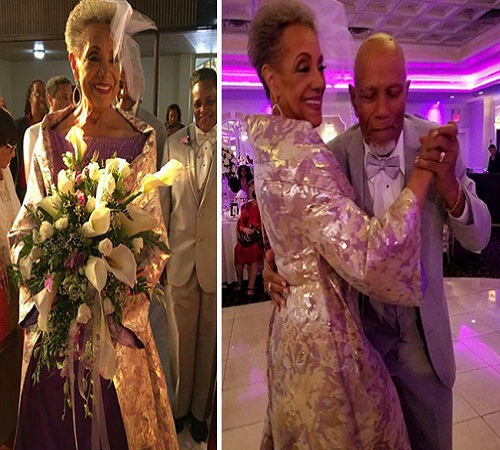 She stated that Ms Morrison (grandma) always had an image in her head of what she wanted to look like on her recent big day. Facebook page name “The love what matters” grabbing the eyes of viewer. People are commenting and praising the beauty of the bride.