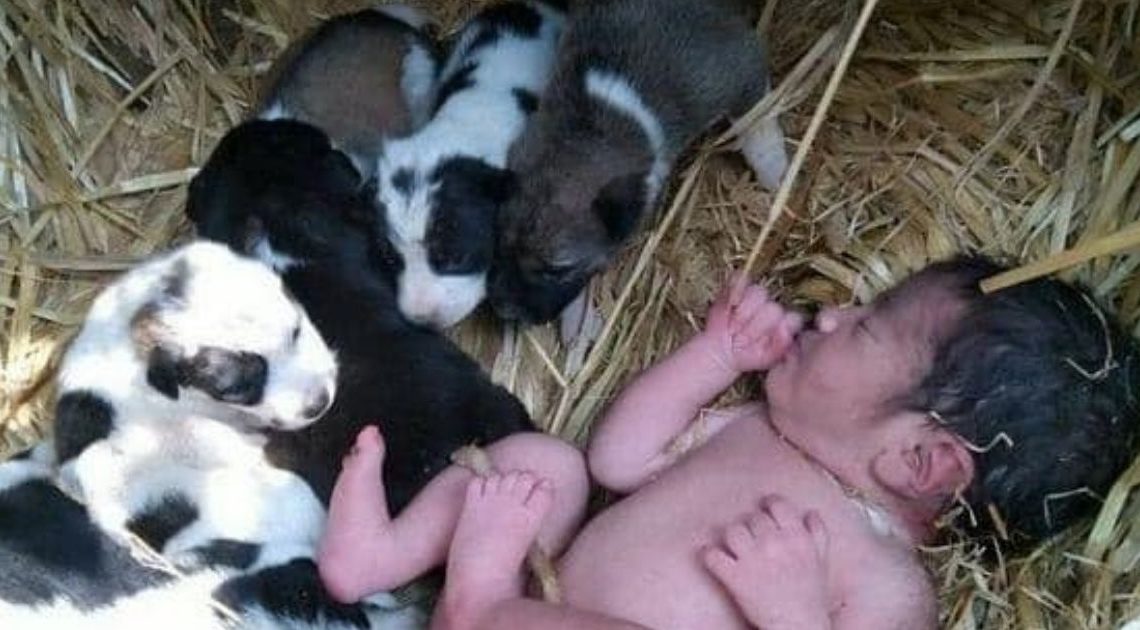 That’s a throw-around concept that’s been around for, well, probably as long as dogs and humans have been companions.

If you’re a dog owner – or indeed have had a dog before – chances are you’ll be all too familiar with the love, loyalty and joy they can bring to a family.

Countless are the examples of dogs going above and beyond to demonstrate just what fantastic creatures they truly are. Yet few such stories can compare to this one when it comes to the sheer awe imparted on those who hear it. 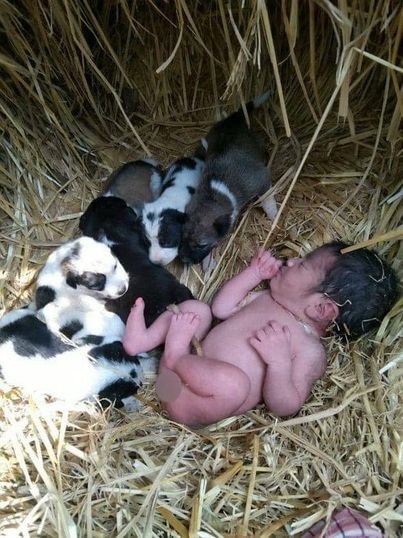 Locals in the village of Lormi, in the Chhattisgarh province in India, were recently led to a “nest” in a pile of straw after hearing sounds of crying.

What they found was a mama dog and her young puppies.

But that wasn’t all. Reportedly, also amongst the straw was a newborn baby girl who appeared to have been cared for by the mother dog.

The little girl was naked and still had her umbilical cord attached. Thankfully, though, she was alive and unharmed – this likely thanks to the warmth provided by the mama.

As per the Daily Express, one of the villager’s who made the startling discovery, said: “It’s possibly the warmth from puppies and their mother itself who had kept this newborn alive.

“Usually, the temperature dips at night, and it’s already December. I must say, it’s her sheer luck.” 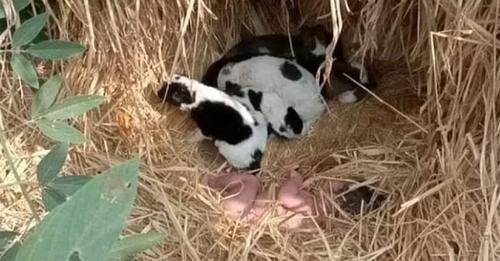 After the newborn was found, the authorities were quickly contacted and she was taken into care.

“We had come out for work, and at 11 am we saw that there is a newborn baby girl was lying in the village amid dogs,” local representative Munnalal Patel said, according to Times Now News.

“Then, we informed the health department. After that, the newborn was taken to the hospital.”

The fortunate baby was given the name “Akanksha,” which means “desire” or “ambition.” 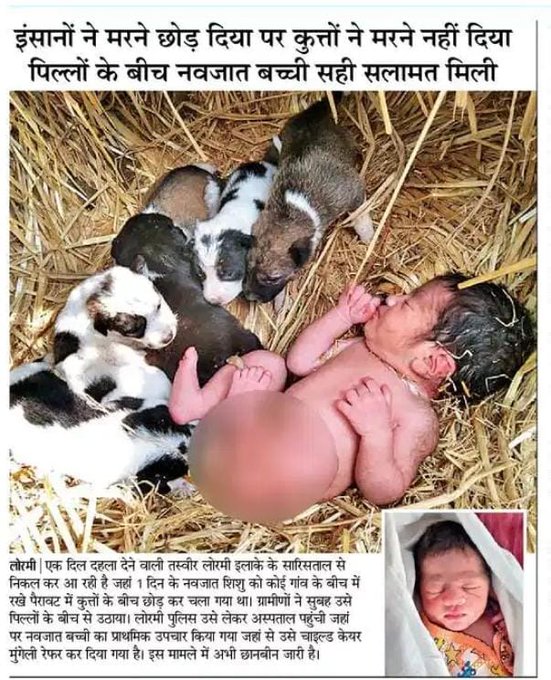 Indian Police Service Officer Dipanshu Kabra, meanwhile, stated his opinion on Twitter that abandoning babies in such conditions will never be tolerated.

“The culprits should get strict punishment under the law,” reads a translation of his tweet. “Stop such sins, give up orthodox thinking, consider son and daughter equal.”

Indeed, I can’t believe that someone knowingly left this newborn baby to die in the cold.

Thank goodness for this compassionate mama dog – I hope and pray that this little girl now grows up in comfort and good health.