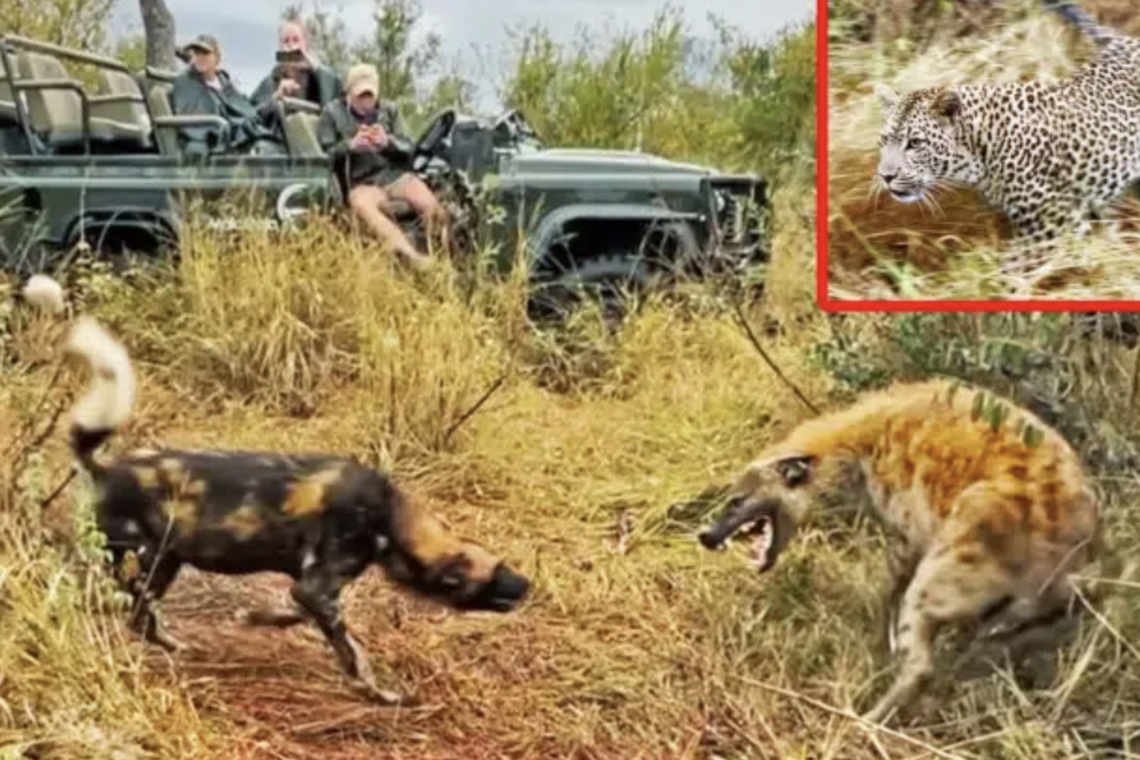 What happens when you mix a pack of wild dogs, one hyena, and a leopard? Chaos erupts resulting in an unforgettable sighting! In this viral video a leopard and hyena come along to try and steal a pack of Wild Dogs’ kill!

This unbelievable sighting happened at MalaMala in the Greater Kruger 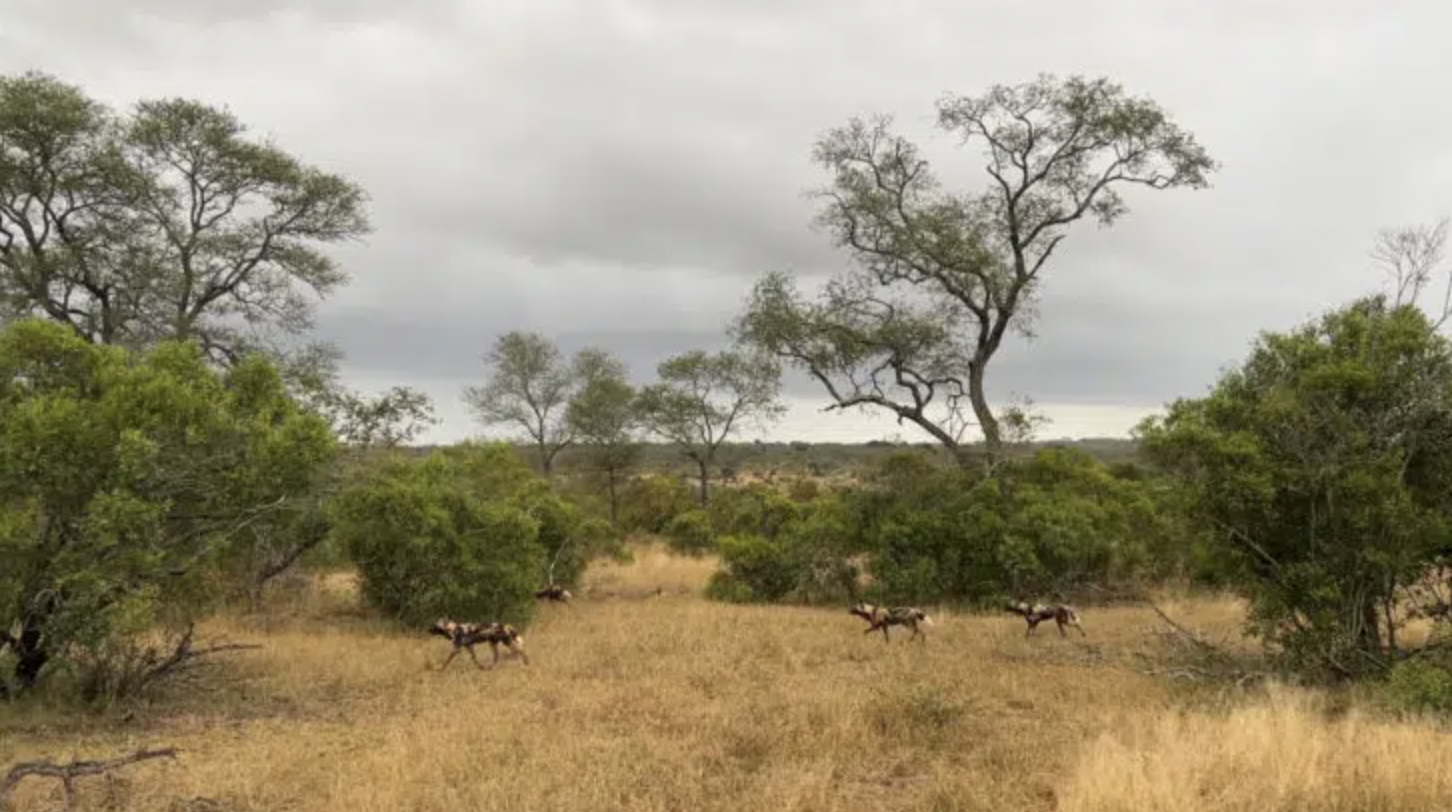 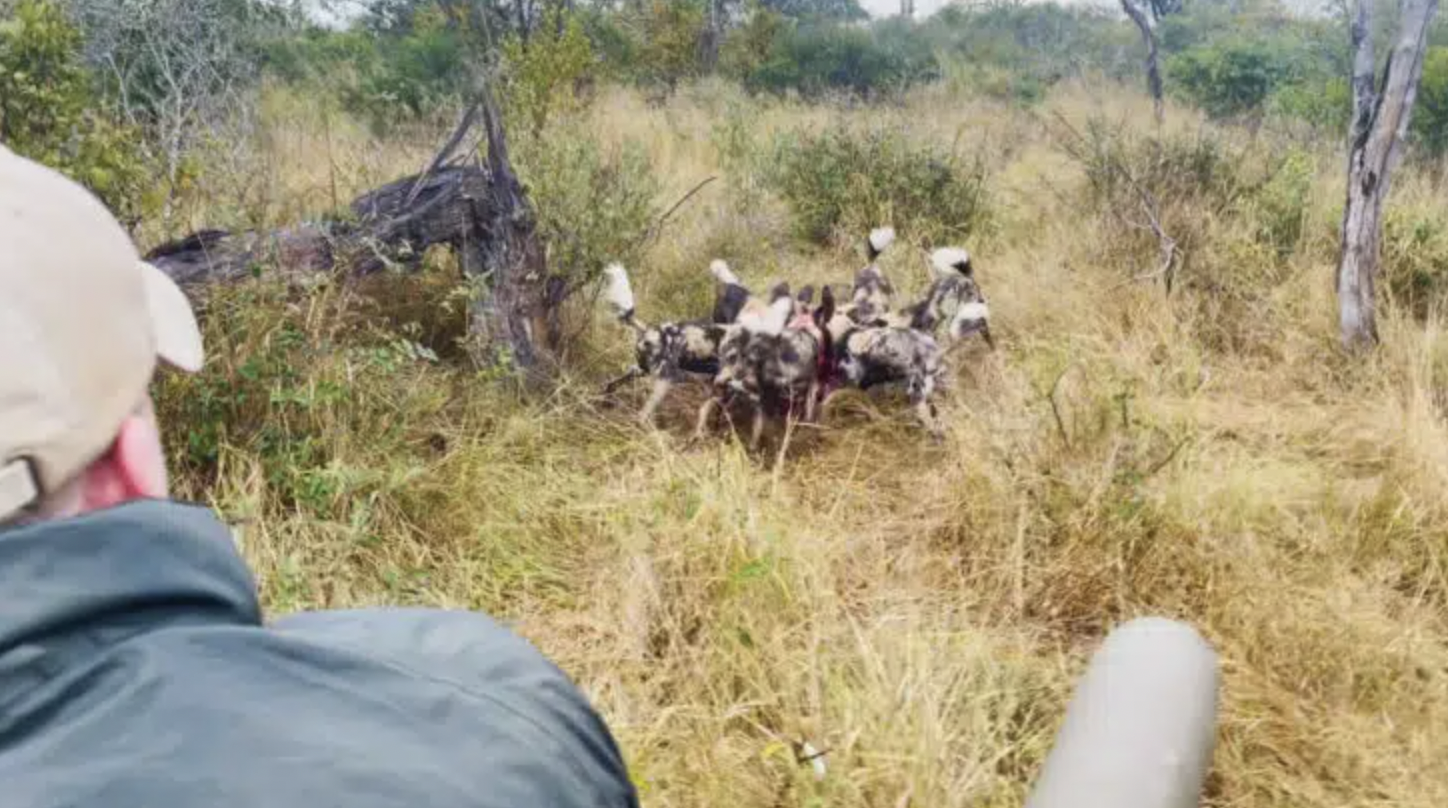 “We were following the Ottawa pack of wild dogs who came across a few impalas and started their chase. It was swift and brutal. We saw the hit and got on the scene literally 10 seconds after the first dog attacked the female impala.” 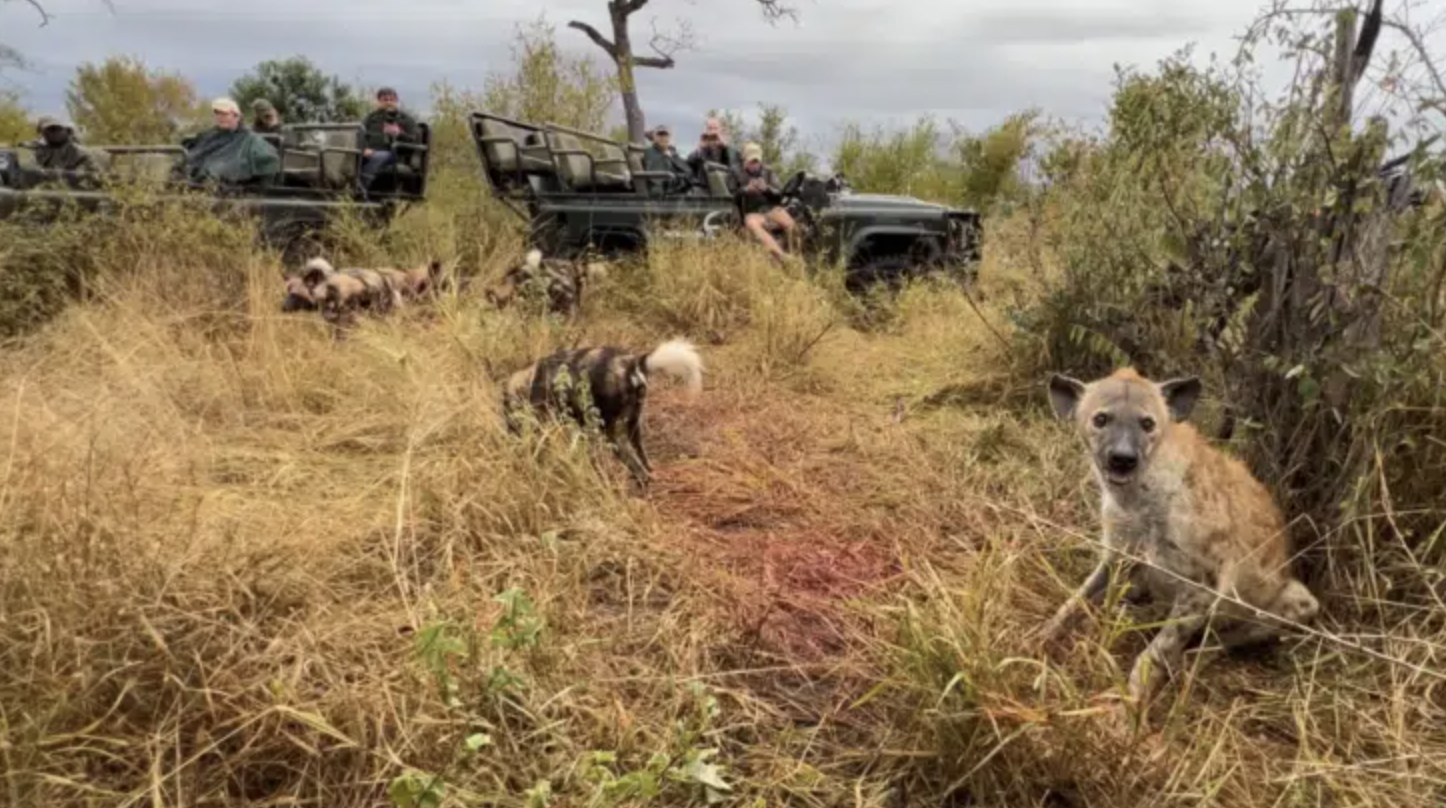 We take the thousands of wildlife sightings shared by our community in Kruger and Pilanesberg and pin them onto an interactive map. The maps will help you plan the best routes in the parks based on hard data! Our eGuide could help you spot lions and many other animals in the parks.

“The whole pack got involved and basically tore the poor antelope to pieces. The eating frenzy was intense, and after about two minutes, the poor impala was torn to shreds.” 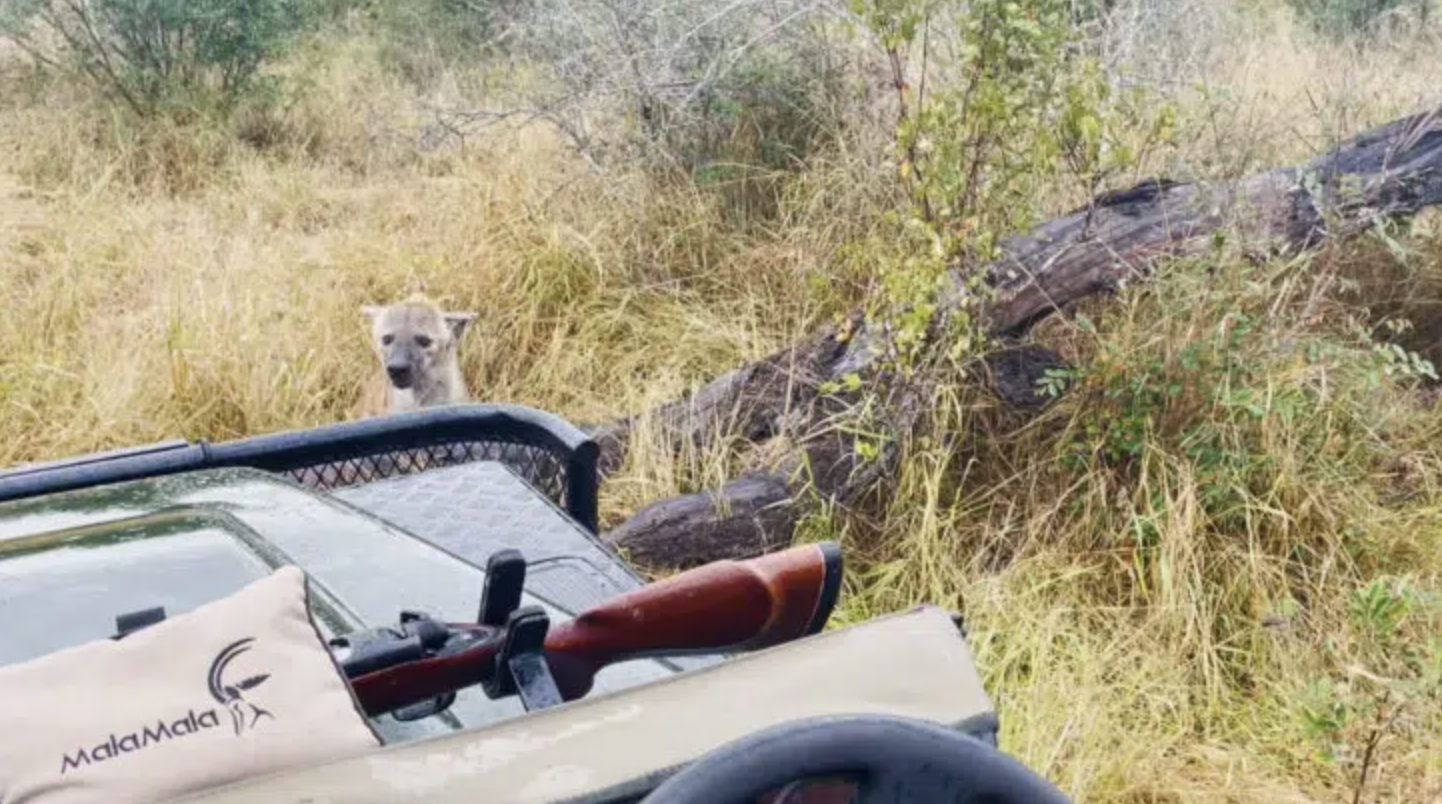 “Very soon thereafter, a lone hyena, who heard the commotion arrived and came to investigate further. The hyena cautiously approached the pack, but they were not impressed. Various members of the pack took turns attacking the hyena.” 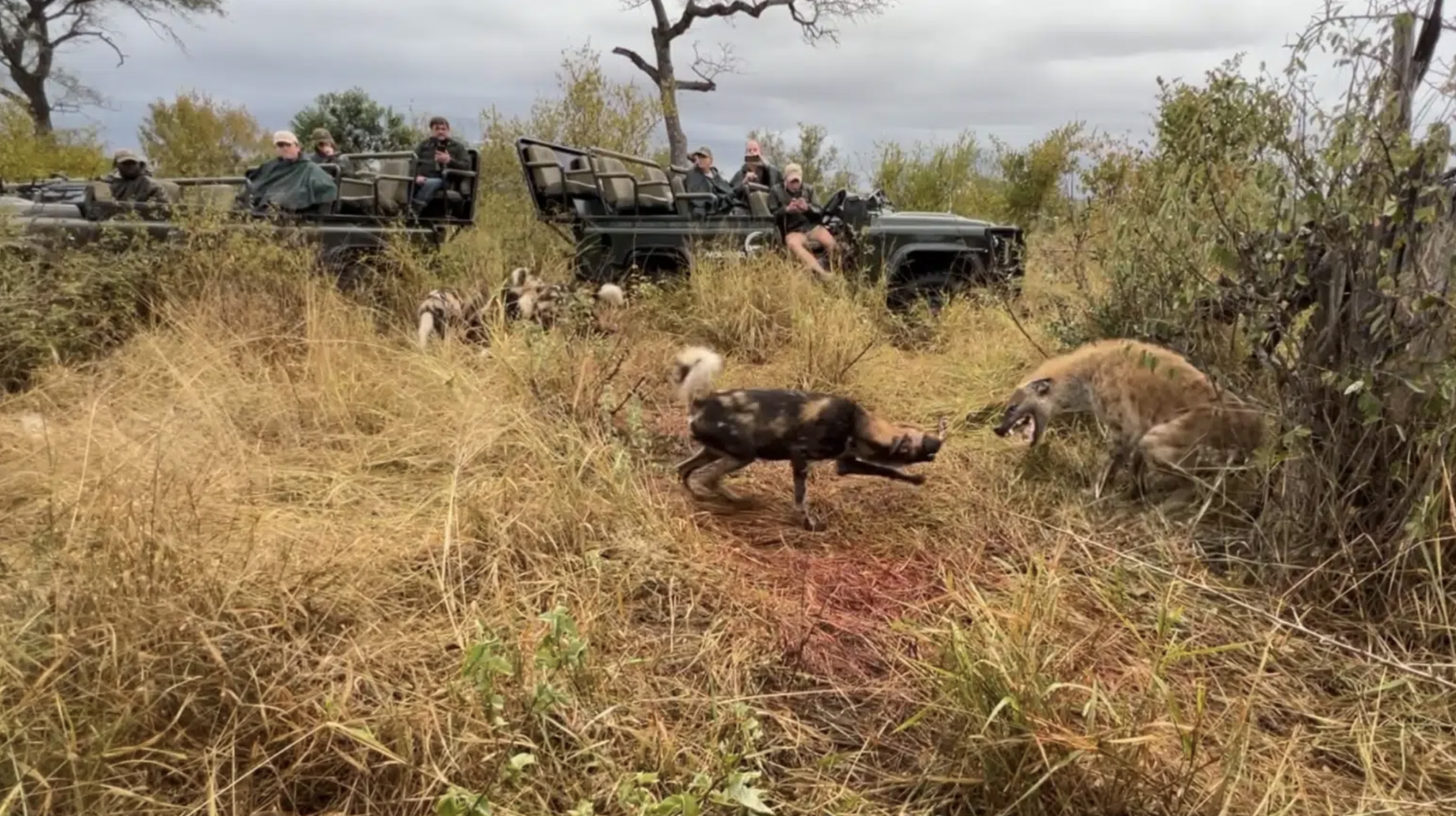 Interaction between the wild dogs and hyena
“It was quite fascinating to watch the interaction and witness how careful they were not to fully engage with each other – I suppose because they all knew they had more to lose if they had a proper fight.” 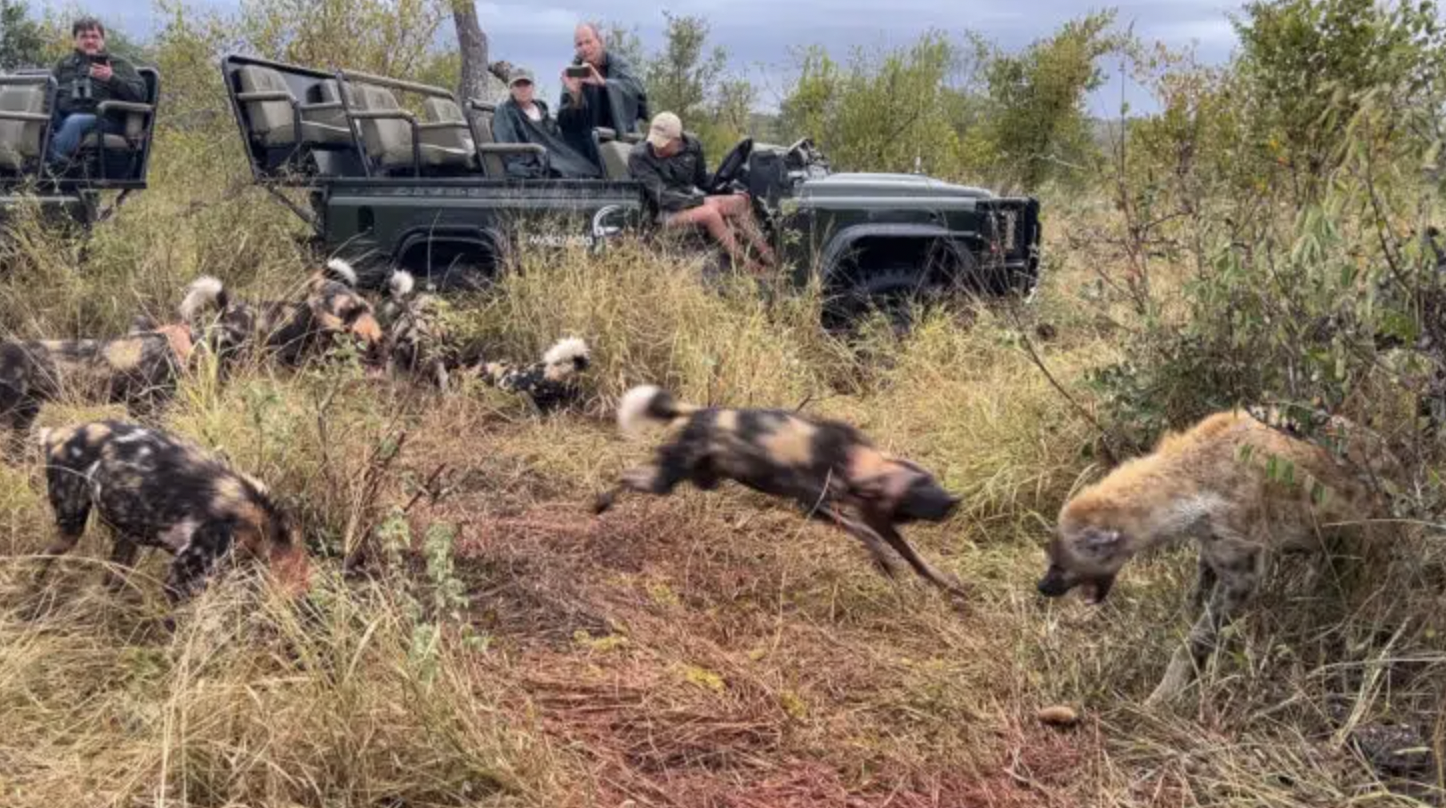 Check out our Film & Earn Program to share your amazing moments and potentially earn from them!

“They showed enough aggression with each other, but not enough to cause any of either specie real harm. It was at this stage that a male leopard arrived on the scene. The wild dogs were surprised by his courageous move. However, they soon gathered and proceeded to chase him away from the area.” 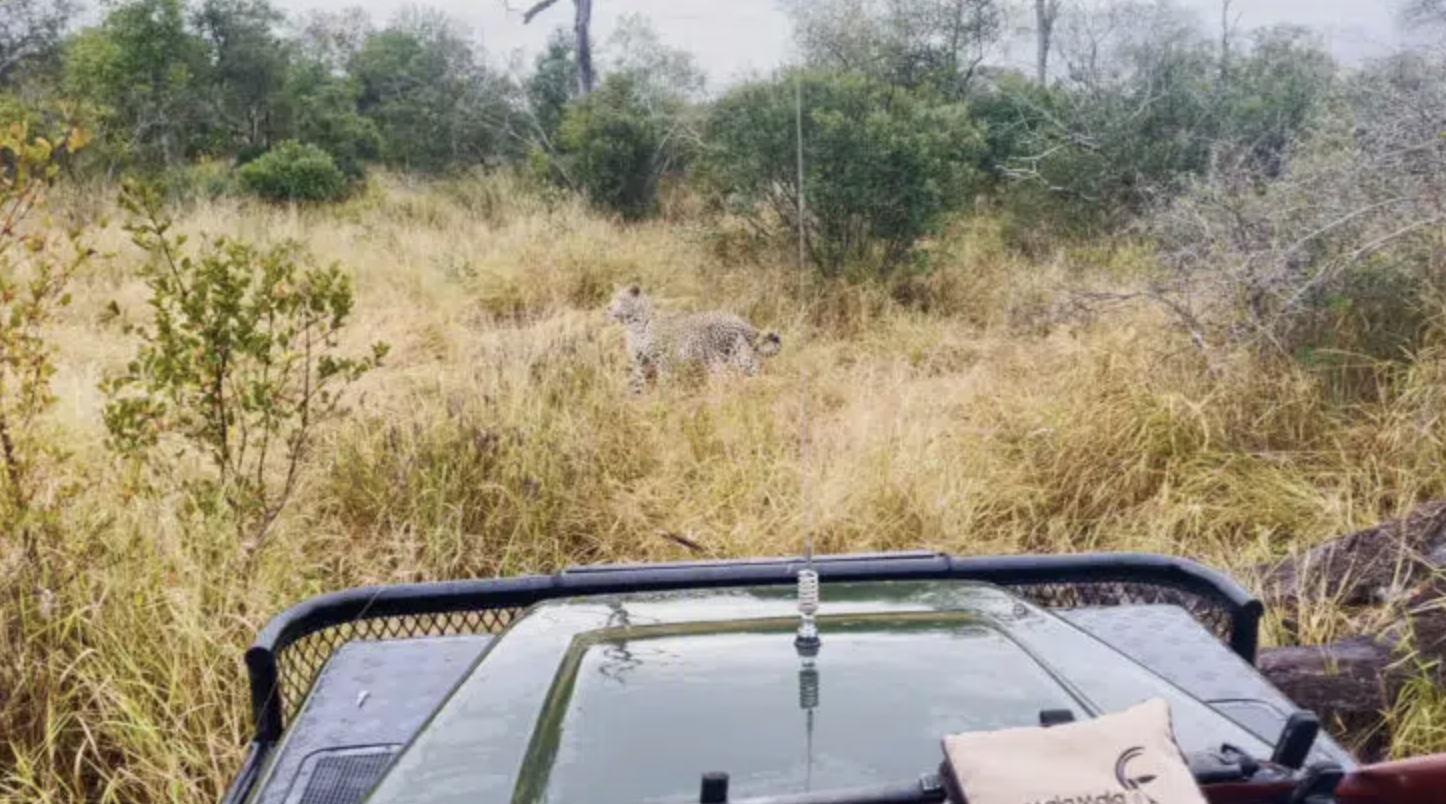 “The leopard was last seen hiding under a dead tree in some thick bush – he did not leave the area until the dogs moved off.” 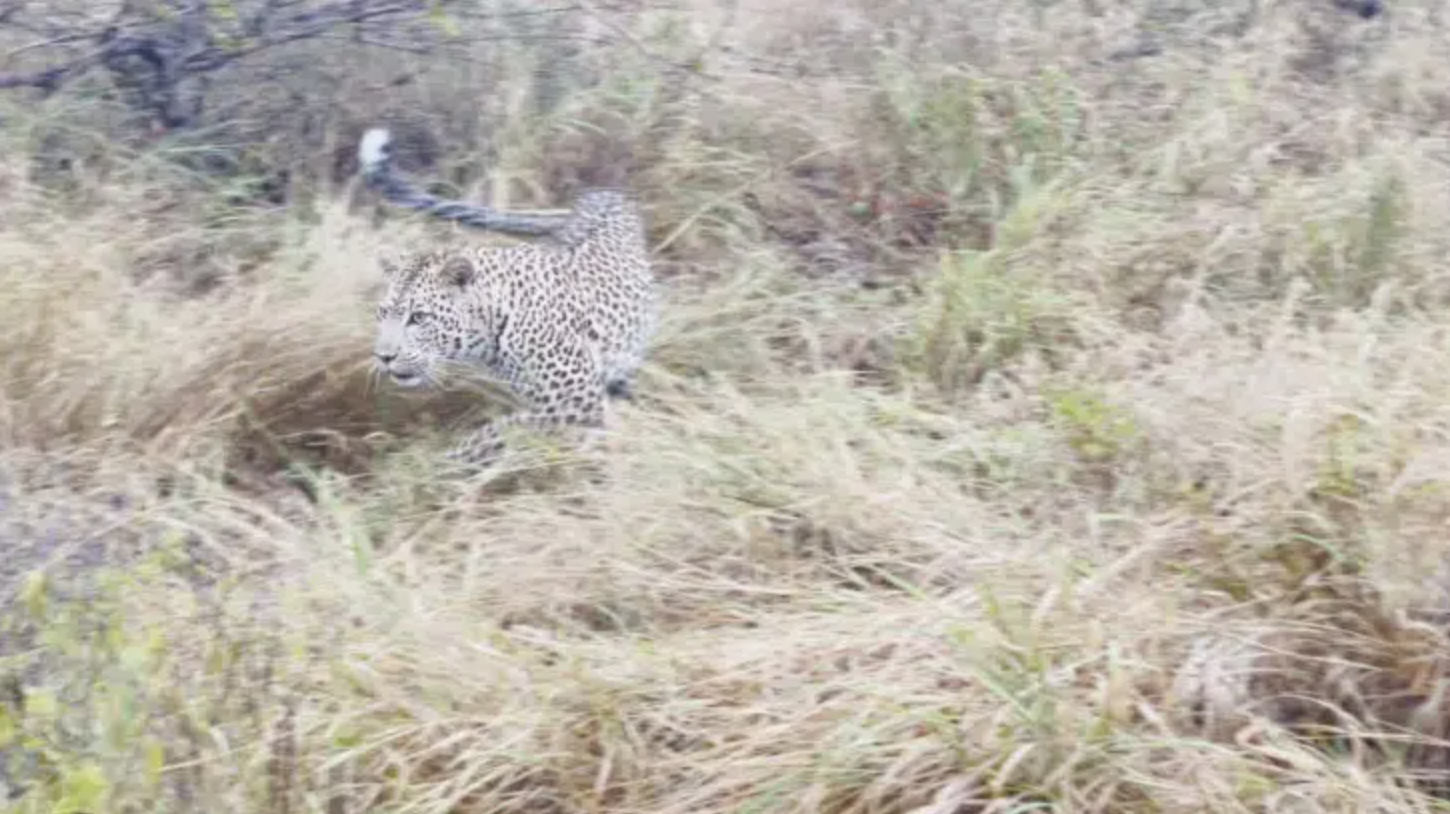