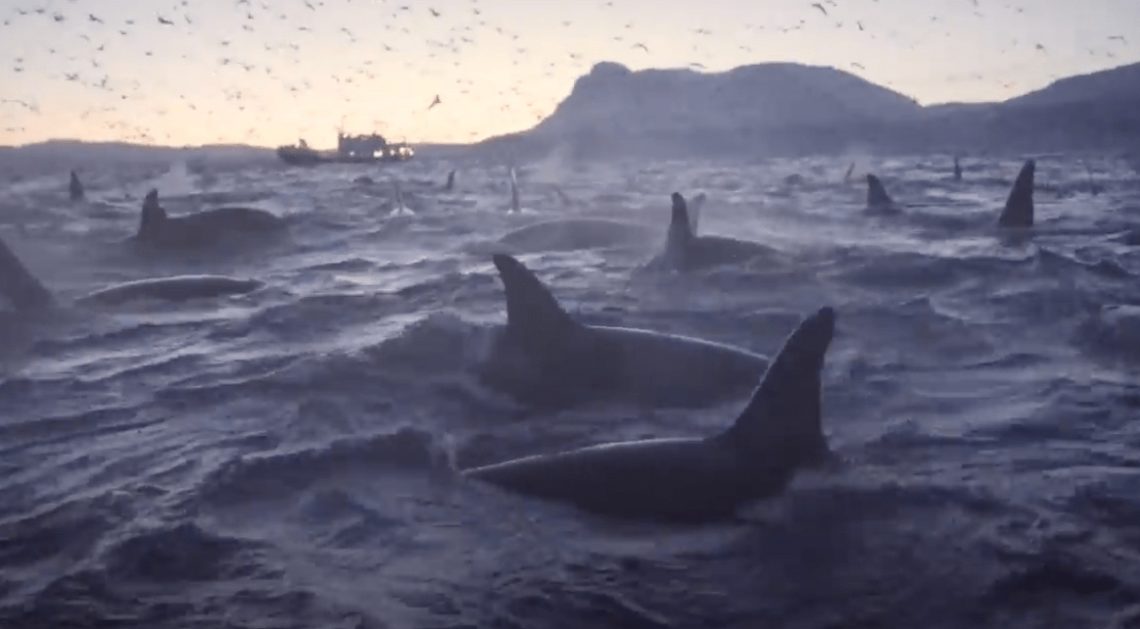 This is the incredible moment hundreds of killer whales have gathered together off the Norwegian coast. The large pod which numbered at least 300 individuals was accidentally spotted by an expedition boat and the footage left everyone baffled. 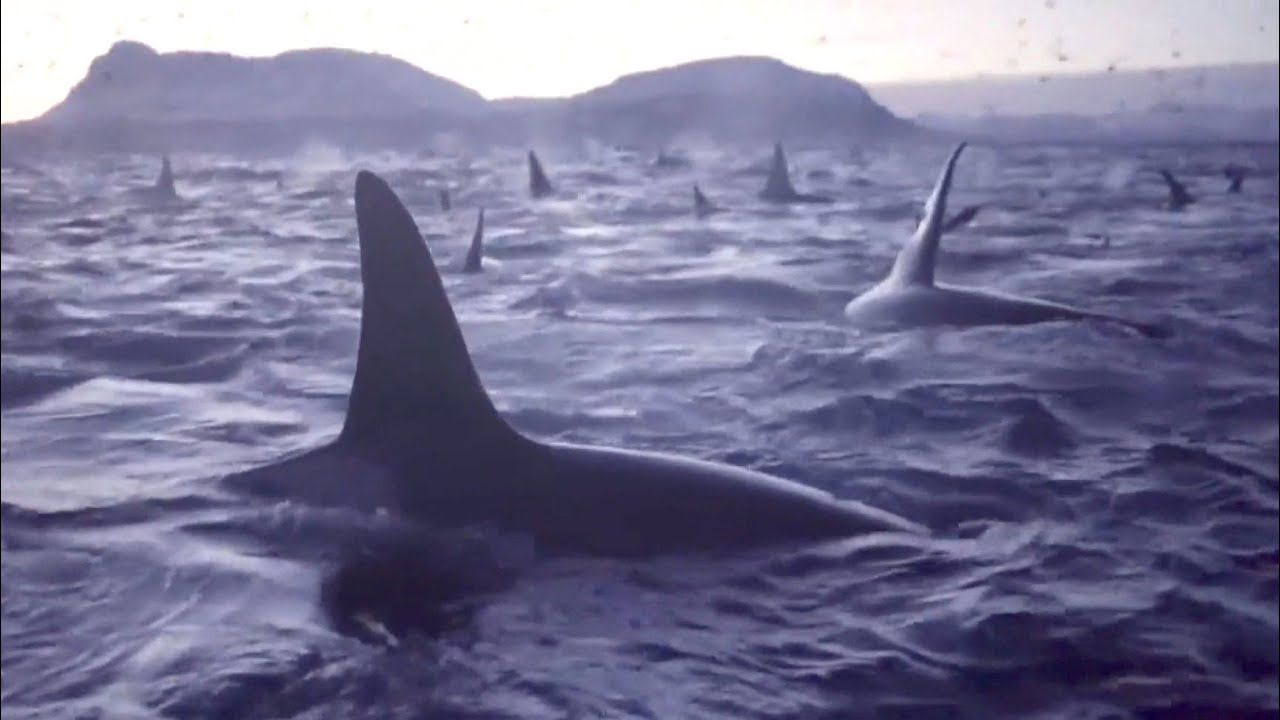 Naturally, such a large number of orcas raises a few questions given that these top predators usually stay in small groups. The massive pod was initially spotted by a wildlife guide. At first sight everyone thought they may be part of the same family, but when they noticed their numbers were getting larger and larger, they put the idea behind.

Orcas also gather in large numbers when the mating season starts. Nevertheless, these agile marine creatures are very secretive regarding their breeding habits, such a huge gathering has never been seen before.

Eventually, the large number of marine birds that were fleeing over spilled the beans about these orcas unusual behavior. They also soon figured out that a fishing fleet was nearby. So these hungry orcas have all swim that way for one single purpose – to feed. These waters are very reach in herring, which is orcas favorite meal. So when fishing season begins, large groups of orcas gather here. However, this was the first time such a huge pod was captured on camera!