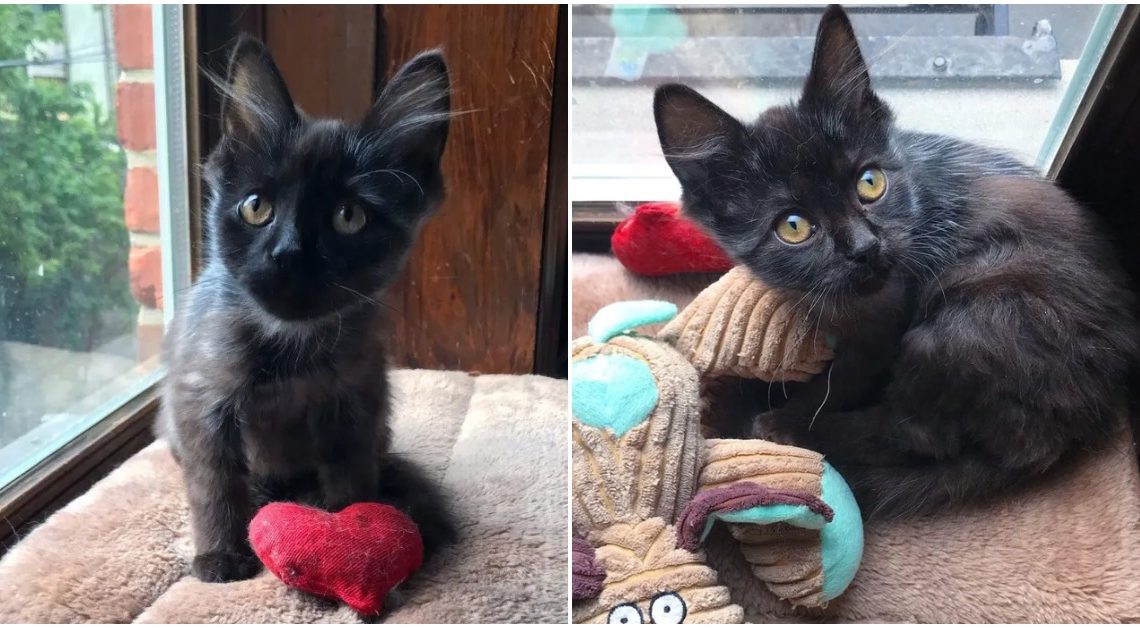 On a particularly hot day in early July, a citizen of Montreal, Canada, found a kitten on the street. He was lying alone on the ground.

The kitten’s finder put a notice on the Internet in the hopes that someone would come to her aid. Dan, a local animal enthusiast, responded promptly and arrived at the scene with another volunteer, Lucy.

The kitten was skin and bone at 5-6 weeks old, suffering from dehydration, an eye infection, and a fever.

He barely moved, his eyelids were stuck together and wouldn’t open. They washed him and fed him a little.

The kitten was taken to the veterinary room, where he was given antibiotics, watered and taken care of his eyes. Although very weak, he was filled with gratitude and purred all the time.

Orphelins Chatons Animal rights activists in Montréal took him in under their wing so he might heal in the safety of a foster home. He was given the name Marvel.

The kitten later had a cold but recovered swiftly. His brown coat continued to come out over the next few weeks as he recovered.

When he was 9 weeks old, they noticed that he was losing his long brown coat and was left with a short undercoat.

“Marvel has started to lose his brown fur. He still has some long hair on his body, but mostly short hair everywhere,” says Celine Krom from Chatons Orphelins Montréal.

They were unsure what was causing his unusual molting, but the kitten was doing well and entirely healing from his illnesses: his eyes had cleaned up, and his runny nose had disappeared.

Every day, Marvel got more energetic and lively.

“He is quite pleasant and easygoing. He adores other kitties and sleeps near to his people at all times.”

Marvel has grown into a stunning young kitten with a captivating stare and vivacious attitude at the age of 12 weeks.

This is how a street cat was given a second shot at life.

He is happy because he is adored and that he will never be alone!