Kitten Found Hanging On To Life By A Thread – Defied the Odds! 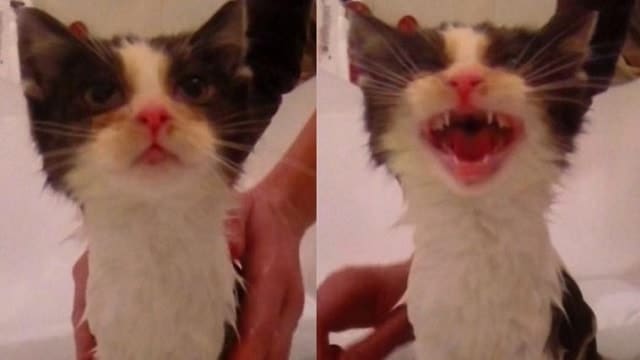 A couple found a surprise at the doorstep of their apartment.

“It was back in December 2014 in Belarus. When we were back home at the apartment, we found a tiny kitten in a box,” the soon-to-be cat-mom explained Love Meow.

The tuxedo kitten’s eyes weren’t yet open, and he wasn’t able to eat or drink.

They were told he wouldn’t make it, but they decided to hang on and they named him Pusic.

“On day 7, a miracle happened. The kitty started to eat and recover,” his humans said to Love Meow.

“I saw a new world through his eyes. He is so happy to be living in a home,” they said in the story. 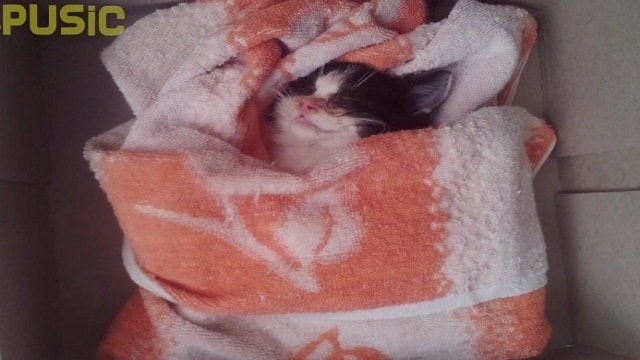 What just a little bit of love and patience can do sometimes is really amazing, isn’t it? 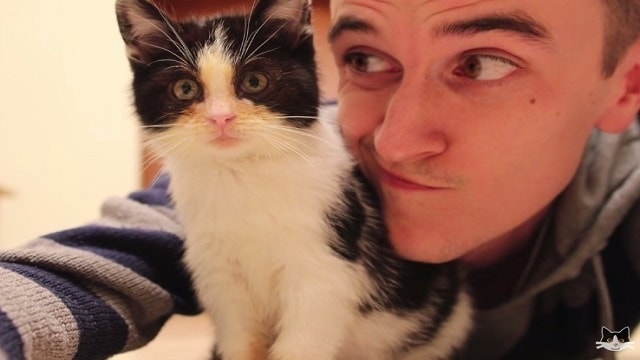