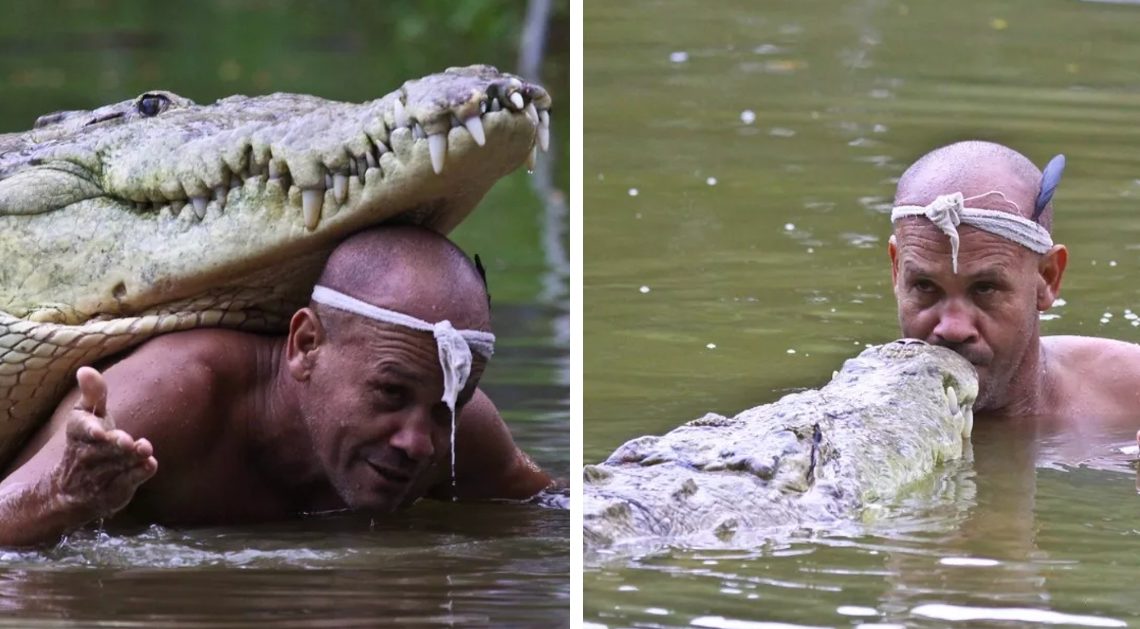 We might have seen all kind of odd friendships between people and wild animals, but a human being to befriend a wild huge crocodile, sounds a bit too much. But for this kind man from Costa Rica, all lives matters, so the moment he found a badly injured crocodile suffering on the bank of a river, he rushed to save the hapless creature. What happened next is the greatest friendship a human being and a wild beast could ever share! 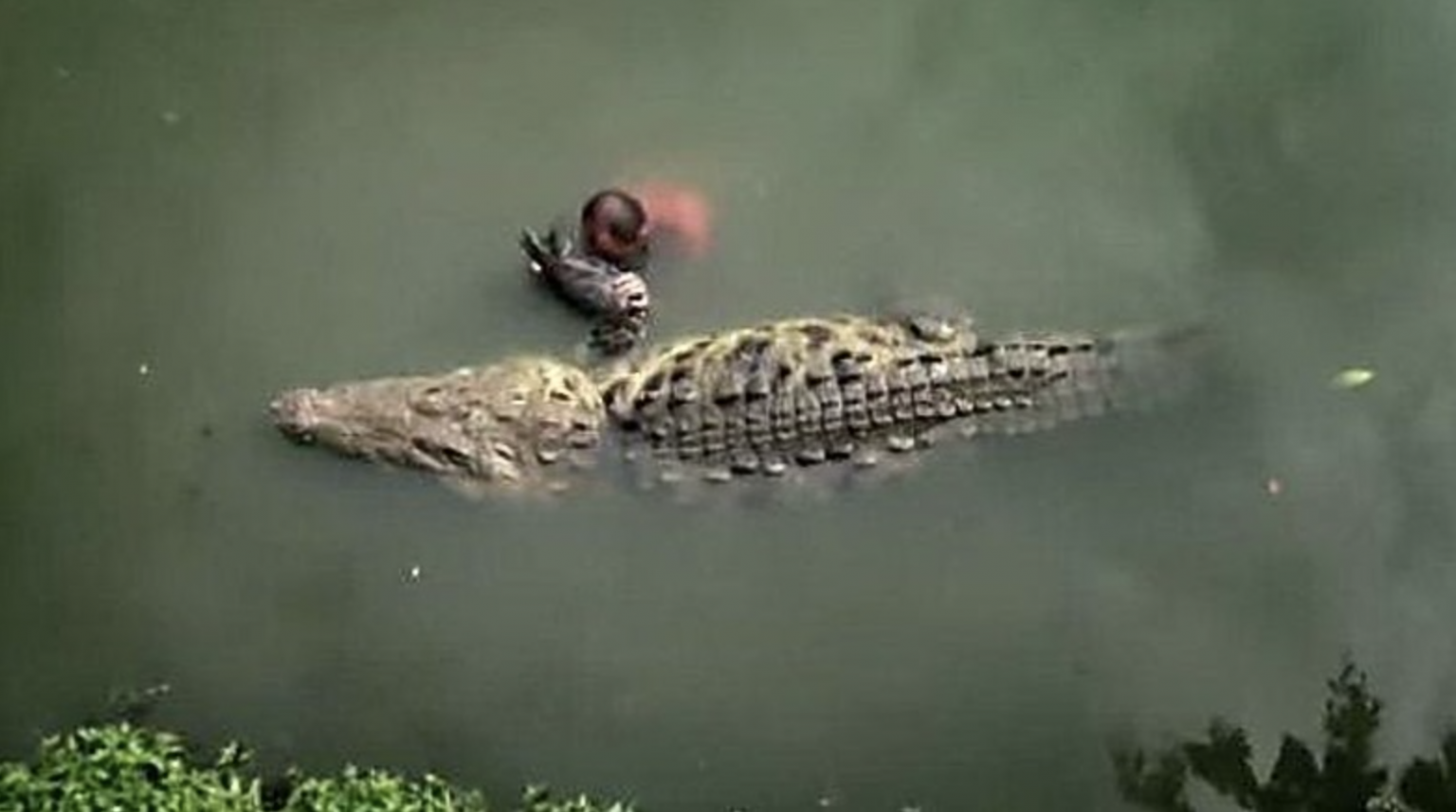 Gilberto “Chito” Shedden – a local fisherman and a wildlife enthusiast from the city of Siquirres in the Limón province of Costa Rica – initially met Pacho, the crocodile, in 1989. The 1200lbs reptile was lying on the bank of the Reventazón-Parismina River, and its fate seemed sealed after it got seriously injured by a cattle farmer. But Gilberto was determined to nurse him back to health, so he grabbed the massive creature, put it into his boat and taken it to his home.

For the next six months or so, the kind fisherman cared for the helpless crocodile like it was his own child. Chito fed his new friend over 65lb of meat every single day, to help it too fully recover. But to do so, Pacho needed more than just food! 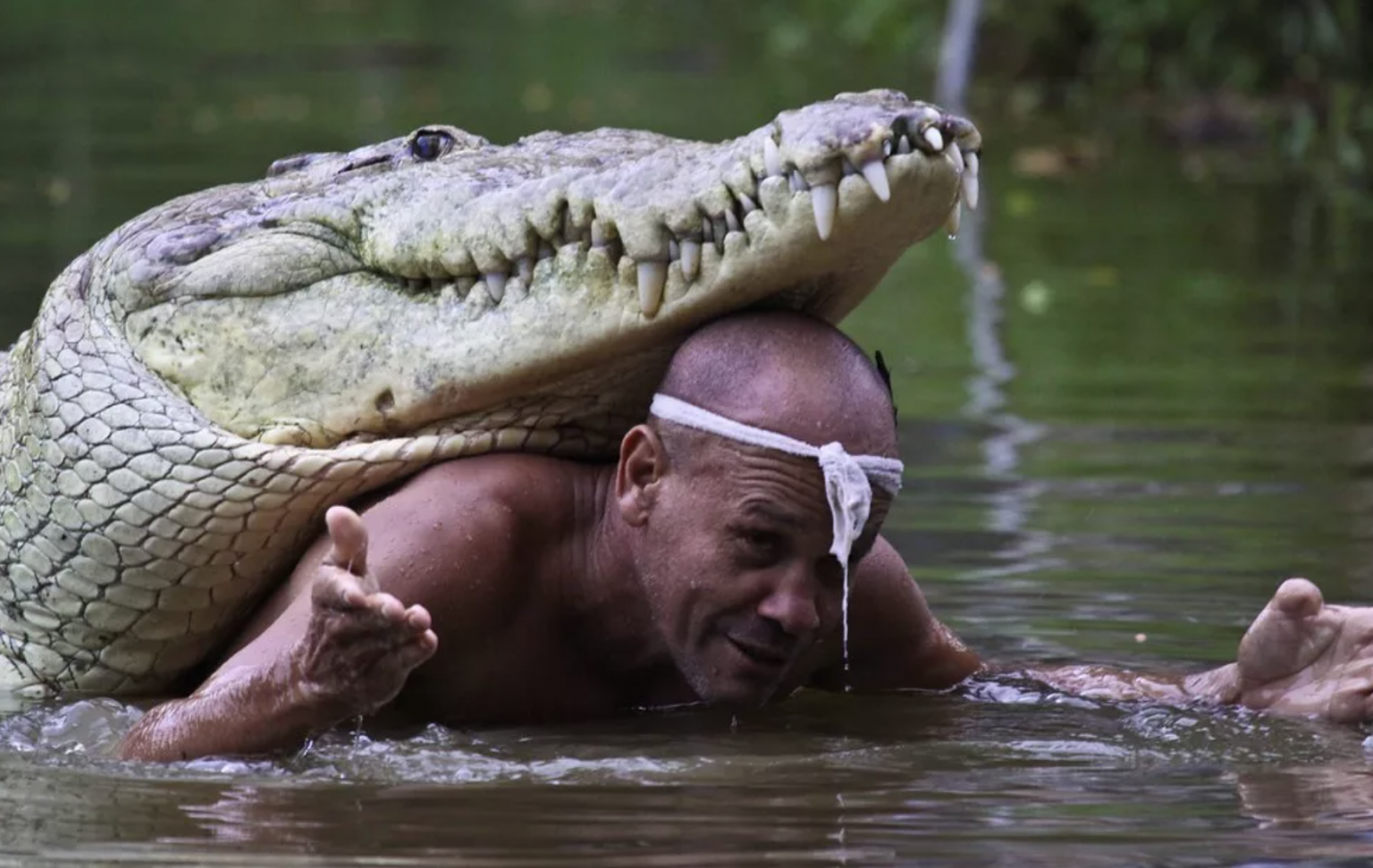 “Food wasn’t enough. The crocodile needed my love to regain the will to live,” Chito explained for the Tico Times. “I just wanted him to feel that someone loved him, that not all humans are bad.”

Thanks to the love and comfort it got from its caretaker, Pacho’s condition significantly improved, and when the time came, Chito decided to release it back in the wild. But surprisingly, the crocodile simply refused to leave the man who showed so much kindness to it. From that moment on, the two were inseparable. With the rescued crocodile living in a pond next to Gilberto’s house, the two friends have spent every day together…for the next 22 years! 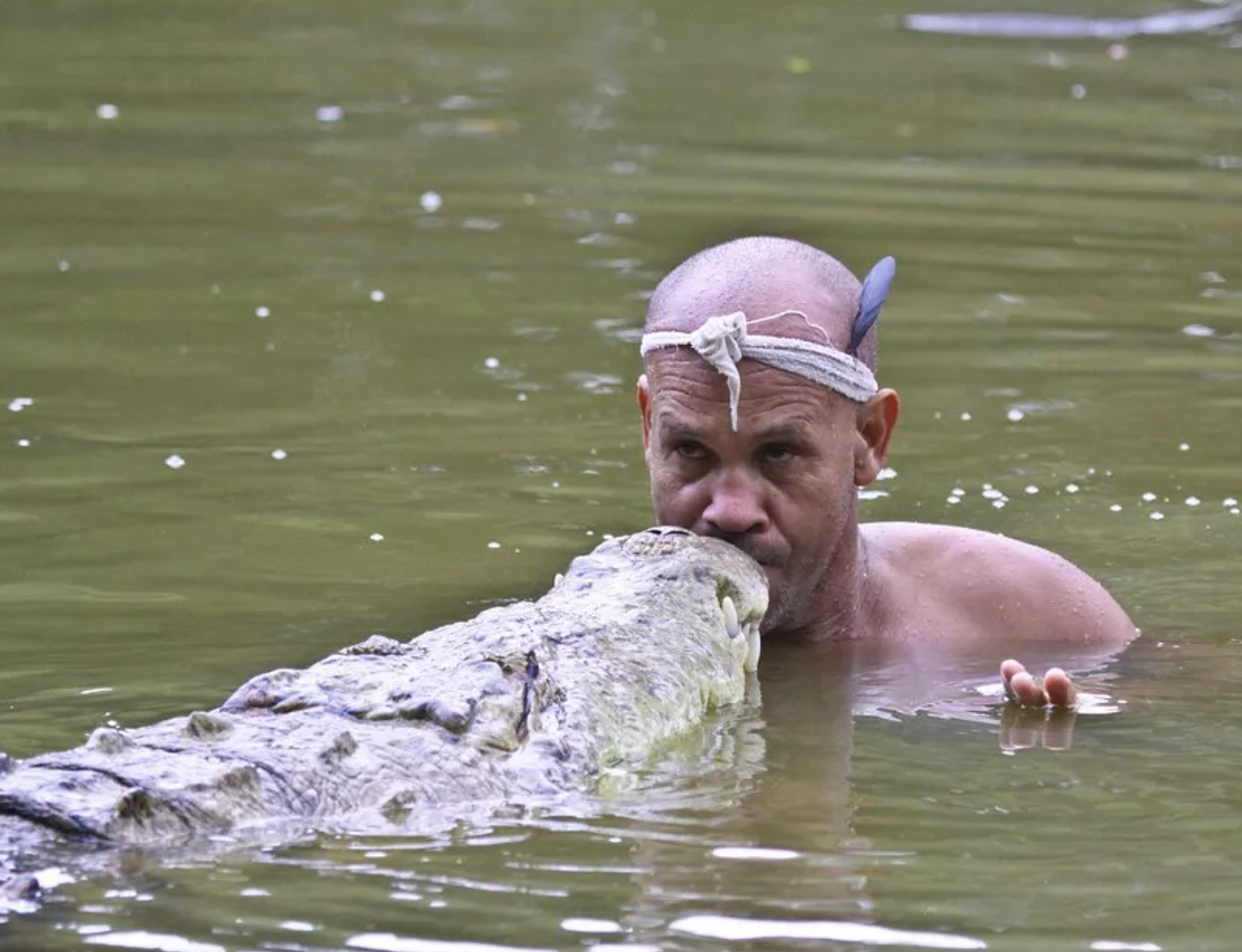 The pair even gained worldwide fame in the 2000s, when they featured in a documentary called ‘The Man Who Swims With Crocodiles.’ For over a decade, Chito and his best buddy Pacho used to perform for tourists in an artificial lake at Finca Las Tilapias. Though for everyone sound incredible for a man to swim, and play with a massive crocodile, Chito has never feared his buddy could ever hurt him. 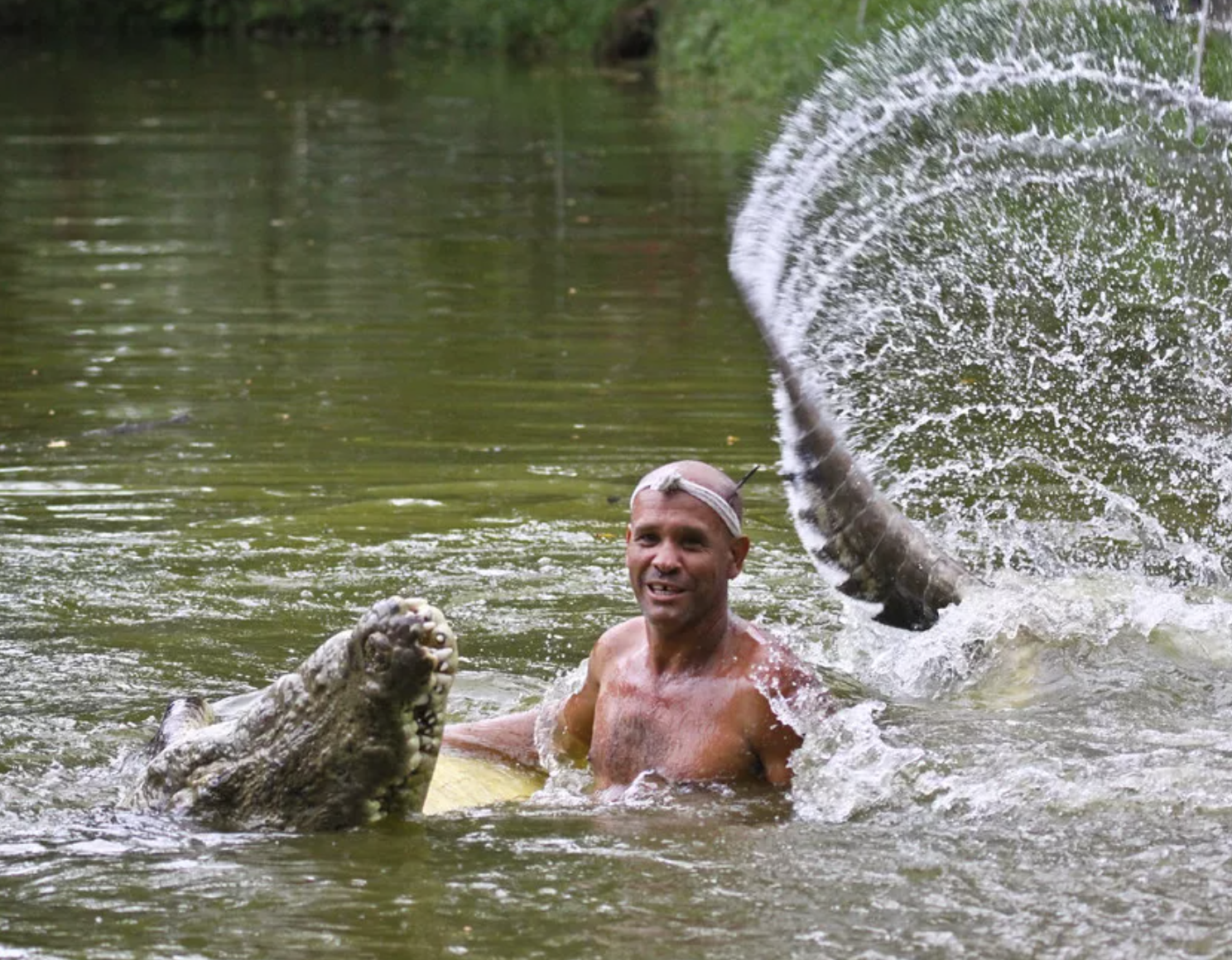 “After two or three years, something could happen, maybe… but after 22 years of loving each other, nothing has ever happened, so I don’t think so,” the man said.

On October 12th, 2011, the friendly crocodile passed away, from natural causes. It is believed it was over 60-year-old. But its inspiring friendship with the man who saved its life will remain for ever.