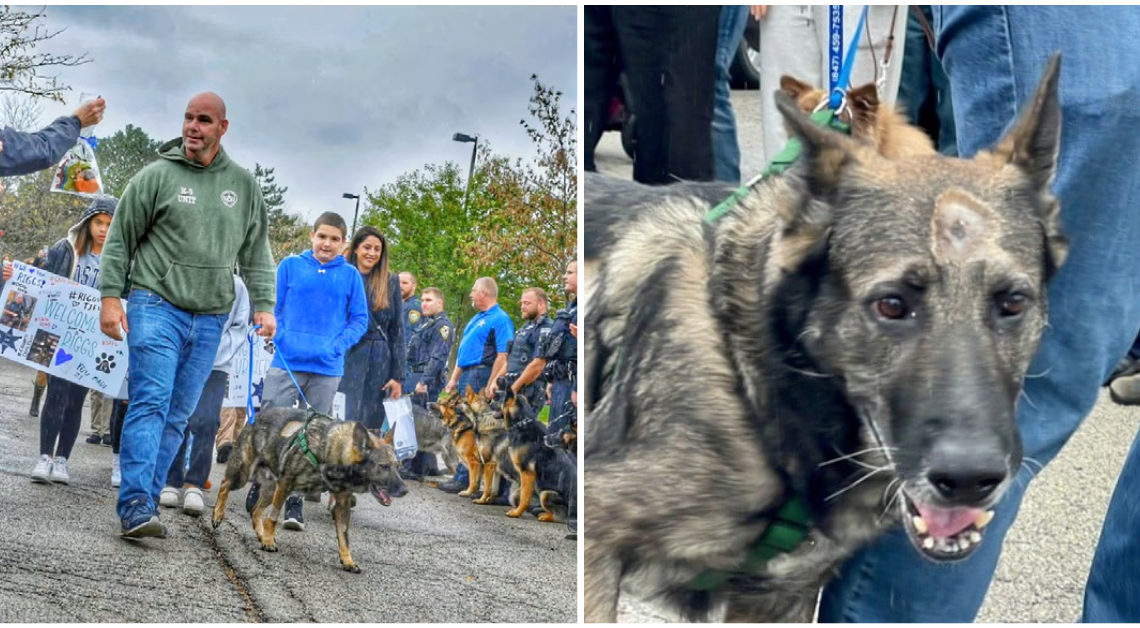 K9 dogs are an invaluable part of any police department. Like their human partners, they put their lives on the line to help keep their communities safe.

It can be a dangerous job, and sadly sometimes these dogs are injured or even killed by suspects. But thankfully, one dog shot in the head while on duty survived — and his colleagues gave him a hero’s welcome as he left the hospital.

Last week, Riggs, a K9 with the Kenosha County Sheriff’s Department, was involved with a confrontation with a man who allegedly killed two victims in Chicago, according to ABC 7. 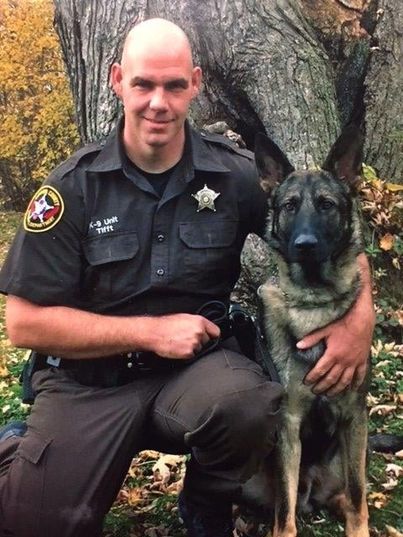 Deputies pursued the suspect, identified in a release as Allan M. Brown of Countryside, IL. Riggs chased him down, but sadly suffered a gunshot to the head in the process.

According to the department he was rushed to an emergency veterinary facility, and thankfully despite everything, he was in stable condition and was expected to recover.

“They brought him in, we triage him and they decided we just kind of had to see what was all going on,” Dr. Taylor Naef told ABC 7. “We stabilized him [and] he was a little shaky after taking a bullet to the head.” 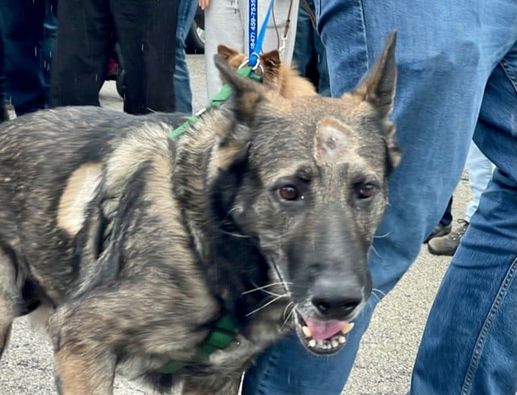 Riggs was immediately hailed as a hero for his bravery: “Riggs is a hero and potentially saved the lives of our deputies and the public,” said Kenosha County Sheriff David G. Beth in a release from the department.

After a few days of recovering, Riggs was ready to leave the hospital — and he had quite a few admirers waiting outside to greet him.

Riggs’ colleagues at the police department lined up outside to give him a hero’s welcome home:

Police officers, as well as supporters from the community, lined up down the street and held signs welcoming the heroic dog home.

For Riggs’ fellow officers, seeing the K9 leave the hospital safe and sound was a huge relief.

“It has been a rough few days,” Riggs’ handler, Deputy Terry Tifft, told ABC 7. “He’s family, he’s always been. He’s a sweet dog, but he did his job and he saved my life.”

“He took the suspect down and kept him from running onto Highway 50,” Sheriff Beth said. “Who knows if he would’ve tried to carjack someone on the highway.” 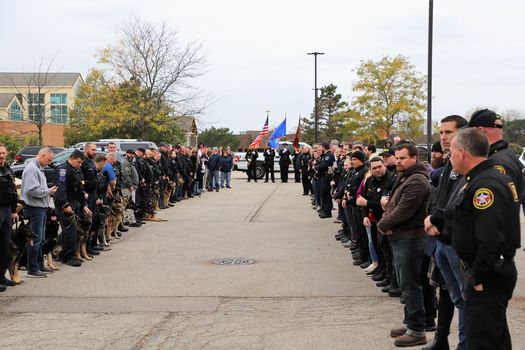 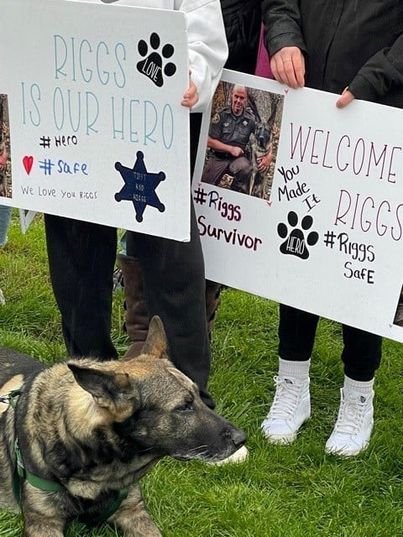 Share this story to show love for this amazing dog!