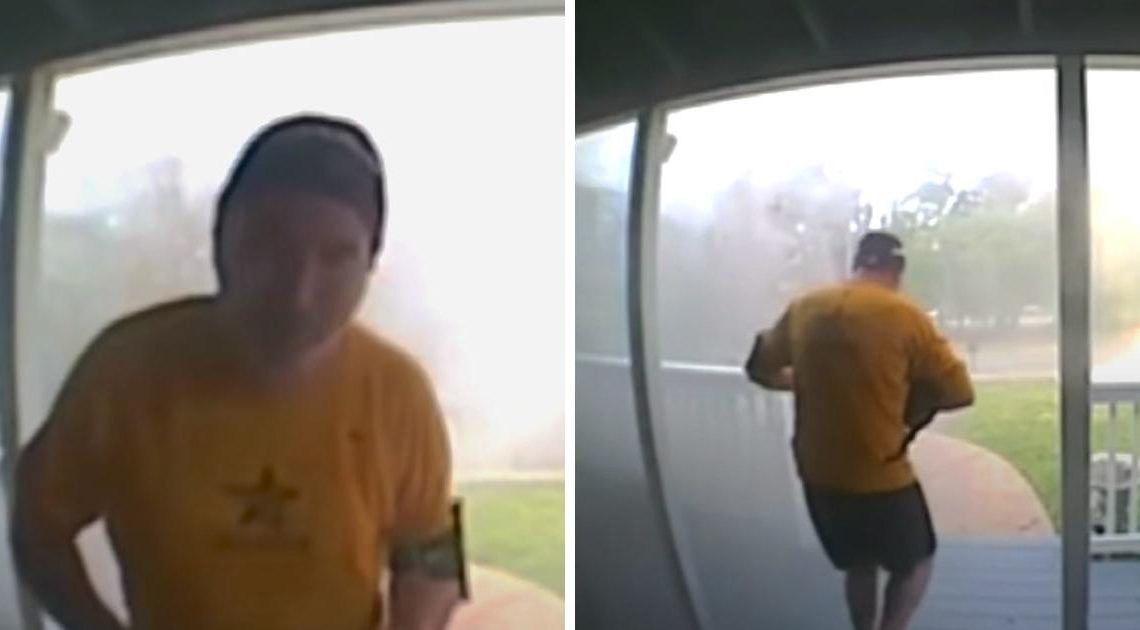 House fires are a scary prospect, whether the residents are home or not. In fact, if the residents aren’t home but the family pets are inside the house when a fire breaks out, that would be even more troubling. But not necessarily if you have neighbors who are looking out for you.

That was the case for one Scotts Valley, California couple whose house set alight recently. They weren’t home but their four pets were, including two Dachshund dogs, a cat and a rabbit. Stuck inside as the fire began to blaze, it’s likely they wouldn’t have made it if it weren’t for a good samaritan who happened to be out on a run and saw the house on fire.

Paul Murphy is the hero jogger who happened upon the house and acted quickly. After he noticed the billowing smoke coming from the rooftop he used the couple’s Ring doorbell camera to quickly connect with the homeowners. In a clip that’s since been released, Murphy was seen pacing frantically on the front porch as smoke blew behind him.

The homeowner, Courtney Polito, answered the doorbell via her phone. That’s when Murphy told her, “Hello, there’s smoke coming out of the top of your house.”

Panicked, Polito immediately thought of her fur babies inside her home. She later told news outlets that her first thought was to ask the stranger if he could get her pets out of the house. So that’s exactly what he did after Polito told him the house’s security access code through the doorbell camera system. 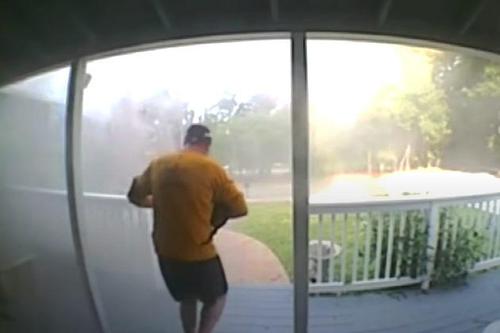 Then Murphy went inside and came out with his hands full of pets, only to have to go back in a second time to get the rest of the animals out. Thanks to him, all four animals survived the ordeal. What’s more, if it weren’t for his quick-thinking actions, it’s likely the animals wouldn’t have survived.

By the time the fire department reached the house, Murphy and the four animals were all outside, safe and sound. Polito said that the fire department told her that if 10 more minutes had passed, the home would have been gone. Polito and her husband couldn’t be more thankful. She told ABC News:

“I want to give him a hug. I’ll bring him to lunch. I’ll bring him dinner. I don’t know…. I just want to thank him so much and let him know how thankful we are. My kids, my husband, we would be devastated if we lost our pets let alone our home.”

Her husband, Tony, added that it takes a certain kind of person to step up and enter a stranger’s burning home to save their pets. The fire department added that it’s the first time they’ve ever seen someone use a Ring doorbell camera to alert homeowners and emergency services of a house fire. In the end, fire crews were able to keep the blaze contained in the garage.

This story is a reminder of the kindness of strangers. Murphy didn’t have to stop his run and check on the house to see if anybody was home. But thanks to him he saved the blaze from becoming much worse, as well as four beloved family pets.

What do you think about this story? Have you ever done something to help out a stranger? Let us know and pass this on to others so they can hear about it too.