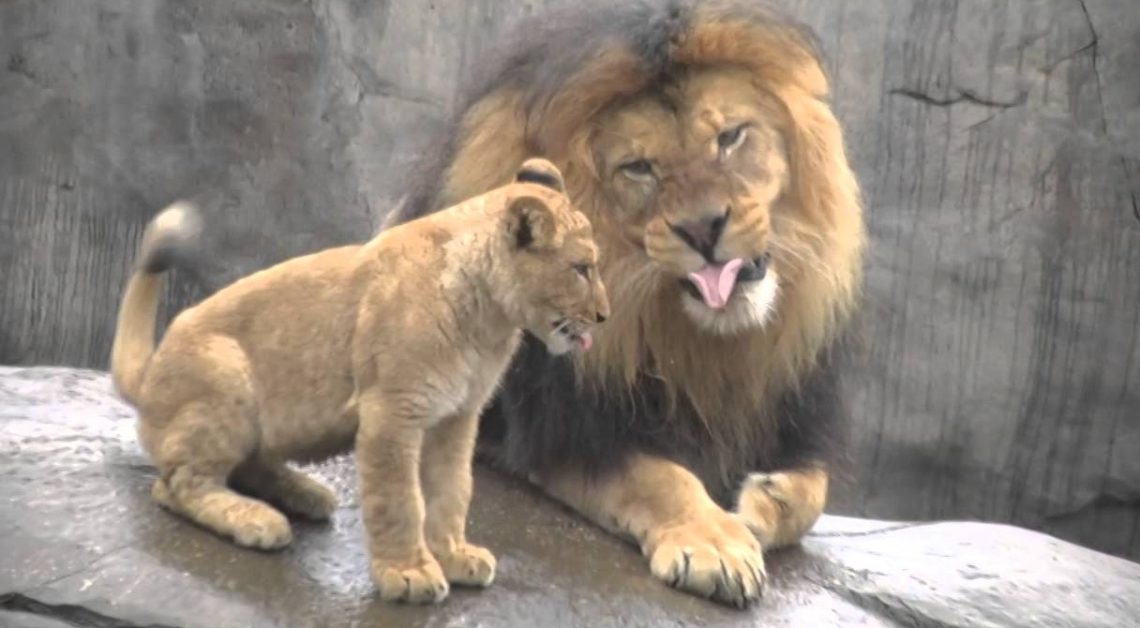 Normally, a lion does not get along well with its newborn offspring, but when a 500-pound male meets his three cubs for the first time, he softens. The sweet moment was captured on camera and has already received over 23 million views. 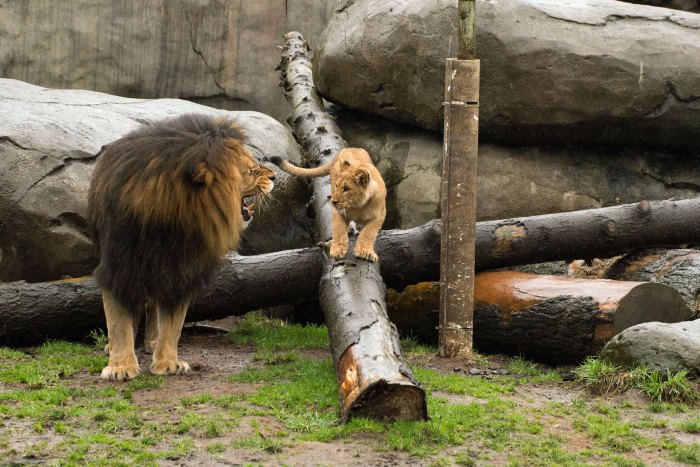 Kamali, Zalika, and Angalia, three 6-month-old cubs, are ready to see their father for the first time, and they are ecstatic.

The incident, which was filmed inside the Oregon Zoo’s Predators of the Serengeti exhibit, appears like it might have come straight from The Lion King.

Zawadi Mungu, a prideful guy, first plays hard to get, but once his three adorable infant girls insist on getting his attention, he quickly changes his mind. 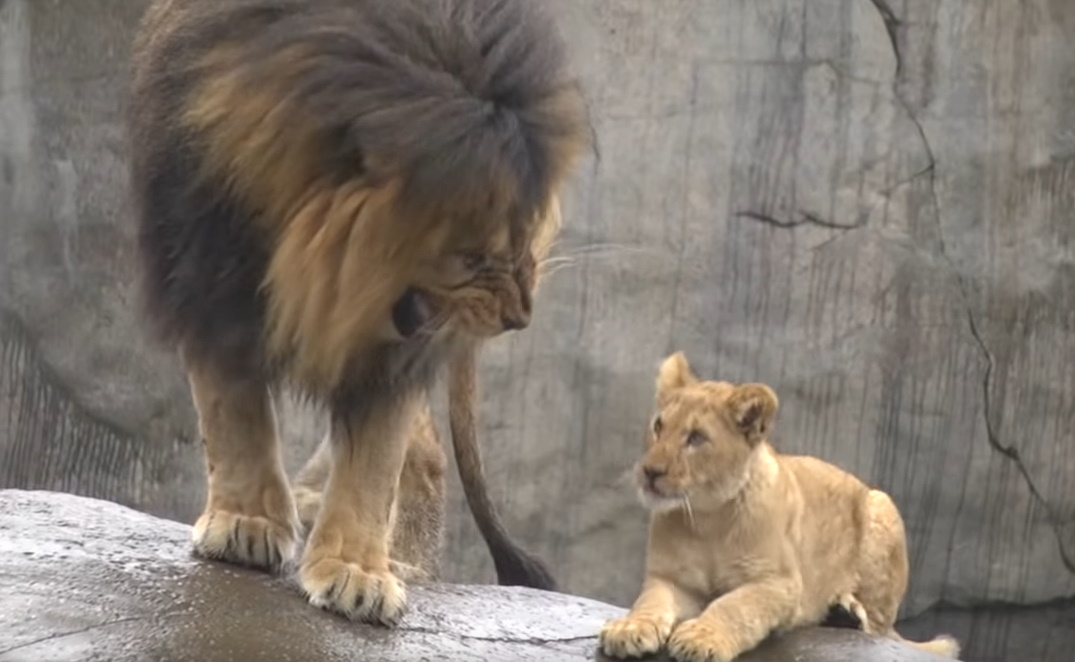 Laura Weiner, lead Africa keeper, stated, “We were certain that Zawadi would be tolerant of his offspring straight away, and we’re delighted we were correct since the cubs rushed him as soon as they spotted him.” “At first, he was taken aback, but as time went on, he became more patient.” He was grooming them a few days later.”

When it comes to cubs (even his), even a dominating male may be unpredictable, and Zawadi Mungu appears to be just as delighted as his small kids. Despite this trust, Neka, the pride’s mother, and Kya, another female member, keep a close eye on things. 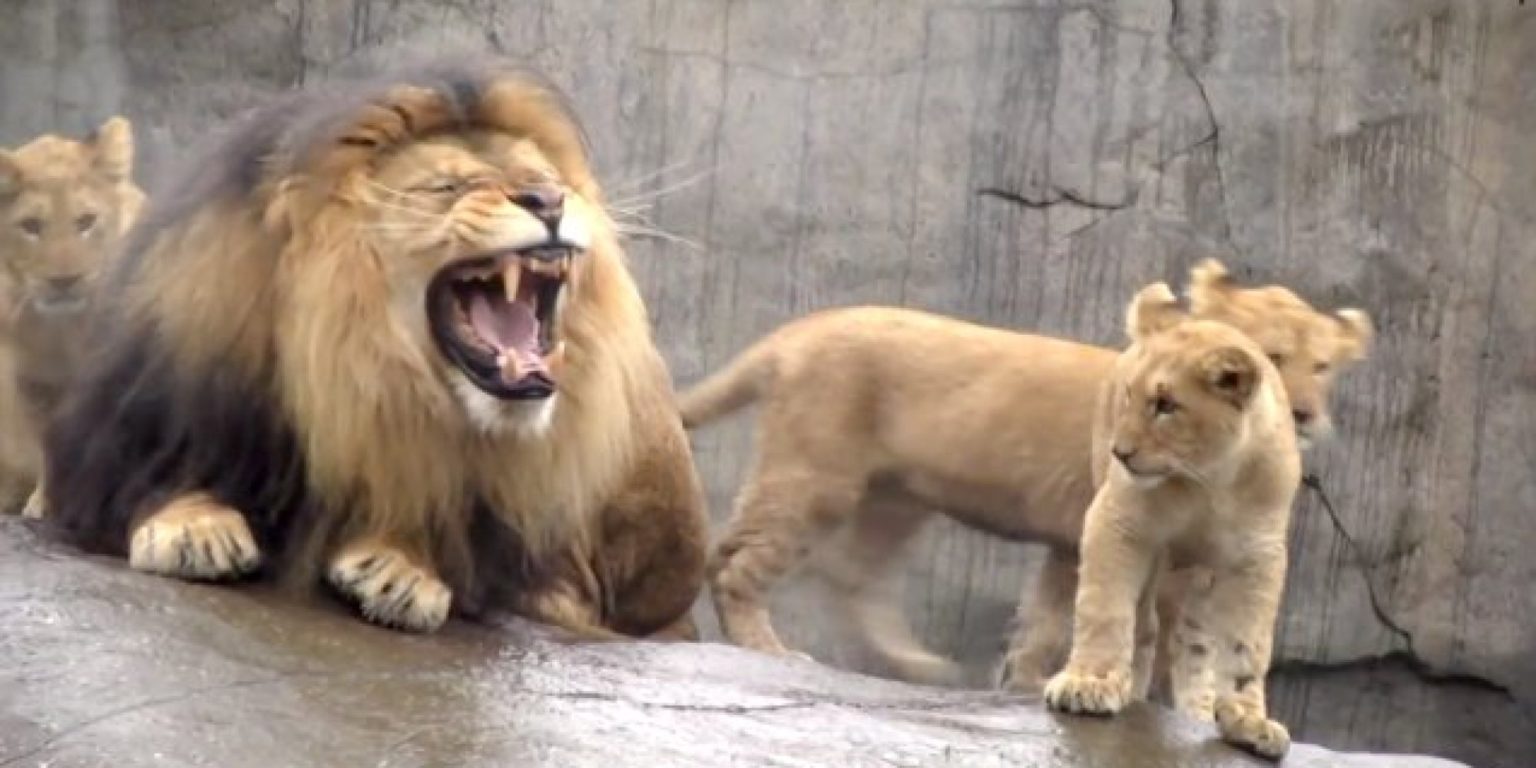 With so many eyes on him, the gorgeous male eventually becomes overwhelmed. Laura added, “Within minutes, he had five female lions swarming him.” “I believe all of the attention was too much for him, since he hopped onto a boulder.”