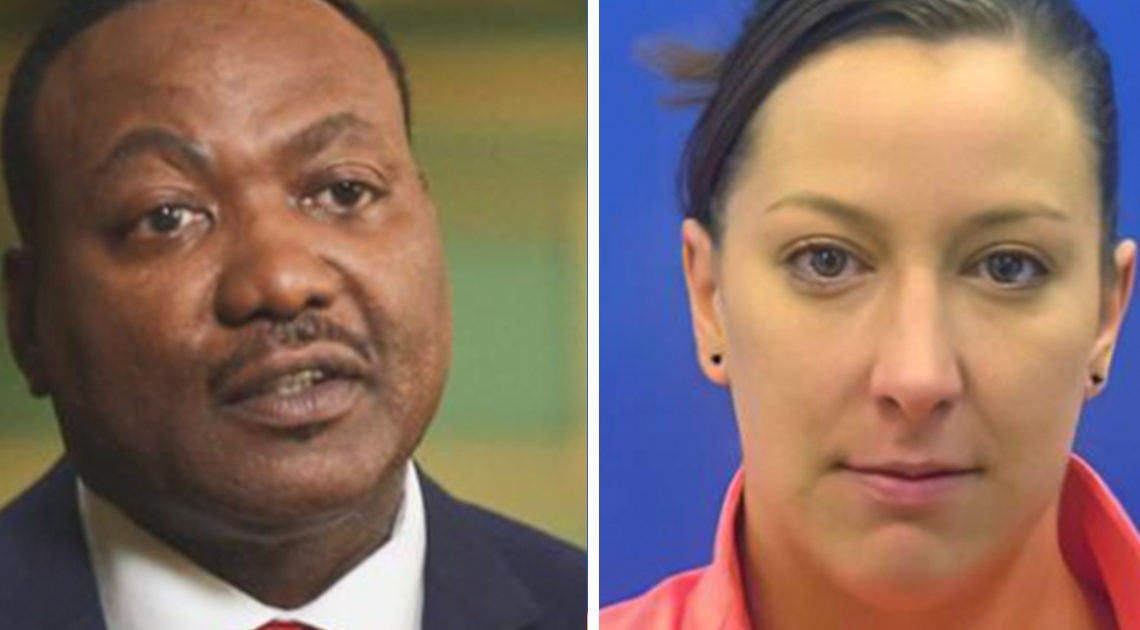 In the 7 months after the violent siege at the U.S. Capitol one police officer on duty that day said his life has been ‘upended.’

On January 6 he fired a shot which hit 35-year-old Air Force veteran Ashli Babbitt and supporter of former President Donald Trump. She was shot in the shoulder, fell to the ground, and later died from her injuries.

In that chaotic minute Lt. Byrd said he pulled the trigger as a ‘last resort.’ 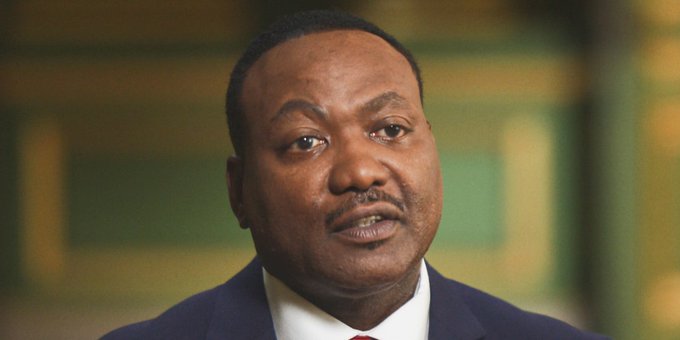 “I tried to wait as long as I could,” he said in an exclusive NBC interview.

“I hoped and prayed no one tried to enter through those doors. But their failure to comply required me to take the appropriate action to save the lives of members of Congress and myself and my fellow officers.”

On January 6 Lt. Byrd said he was holed up inside the U.S. House of Representatives chamber with about 60 to 80 house members and it was his job to protect them.

“Once we barricaded the doors, we were essentially trapped where we were,” Byrd told NBC News’ Lester Holt. “There was no way to retreat. No other way to get out.

“If they get through that door, they’re into the House chamber and upon the members of Congress,” added Byrd.

Byrd had set up a wall of furniture outside the doors and told the House members to disguise themselves, remove their name pins and try to look like staff members in case they came face to face with the rioters.

The officer’s only way of knowing what was going on was listening to his police radio where he heard shouts of officers down and screams from his colleagues who were being attacked with chemical agents.

“It was literally broadcast over the air,” Byrd said. “I said, ‘OK, this is getting serious.’” 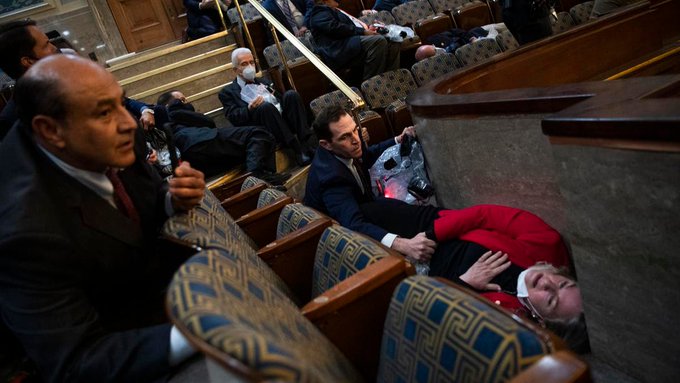 With the shocking cries from his fellow officers and reports of shootings the 28-year veteran of the Capitol Police drew his gun as rioters smashed the glass door into the chamber.

He continuously pleaded at the mob to get back and then saw Babbitt trying to climb through one of the doors and he fired.

From that day Byrd has had to go into hiding after his name was leaked onto right-wing websites. He’s received death threats and racist attacks but he stands by what he did that day.

“I know that day I saved countless lives,” Byrd said. “I know members of Congress, as well as my fellow officers and staff, were in jeopardy and in serious danger. And that’s my job.” 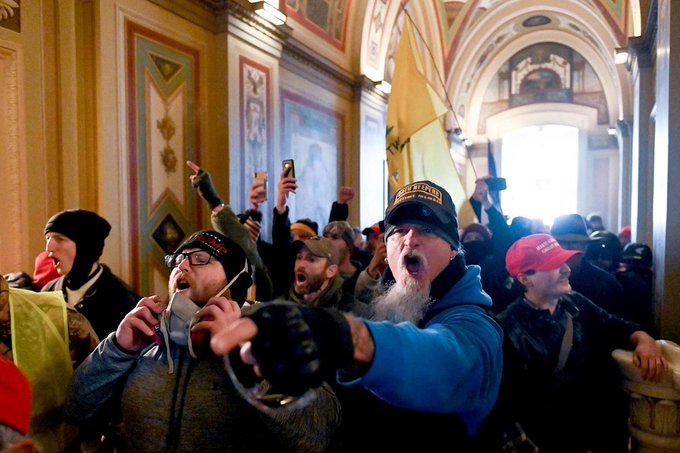 At the time he had no idea if Babbitt was carrying a weapon or what her intentions were, it was only later he learned she was an unarmed woman.

Byrd has been cleared of wrongdoing by the Justice Department and the Capitol Police.

The officer has been accused of having a political agenda to which he says: “I do my job for Republican, for Democrat, for white, for Black, red, blue, green. I don’t care about your affiliation.”

He said that when Trump was president, he escorted him through the Capitol on numerous occasions. “If he was in the Capitol and I was responsible for him, I’d do the same thing for him and his family,” Byrd said.

‘You fought for democracy’

He got emotional when talking about the effect the last few months have had on his family.

“Sometimes, you can’t do anything but cry. You felt like you did your job. You helped protect our legislative leaders of this country and you fought for democracy and keeping them established.”

To the people who disagree with his actions that day Byrd said: “I hope they understand I did my job. There was imminent threat and danger to the members of Congress. I just want the truth to be told.”

I cannot imagine how terrifying that day must have been for the officers and house members who had no idea of the intentions of the angry mob as they breached the Capitol.

This officer risked his life to protect others and has been doing so for the last 28 years, he shouldn’t have to go into hiding or receive the abuse he has.