“I am safe, I am loved” – 7-year-old stabbed and set on fire adopted by the detective who responded to call 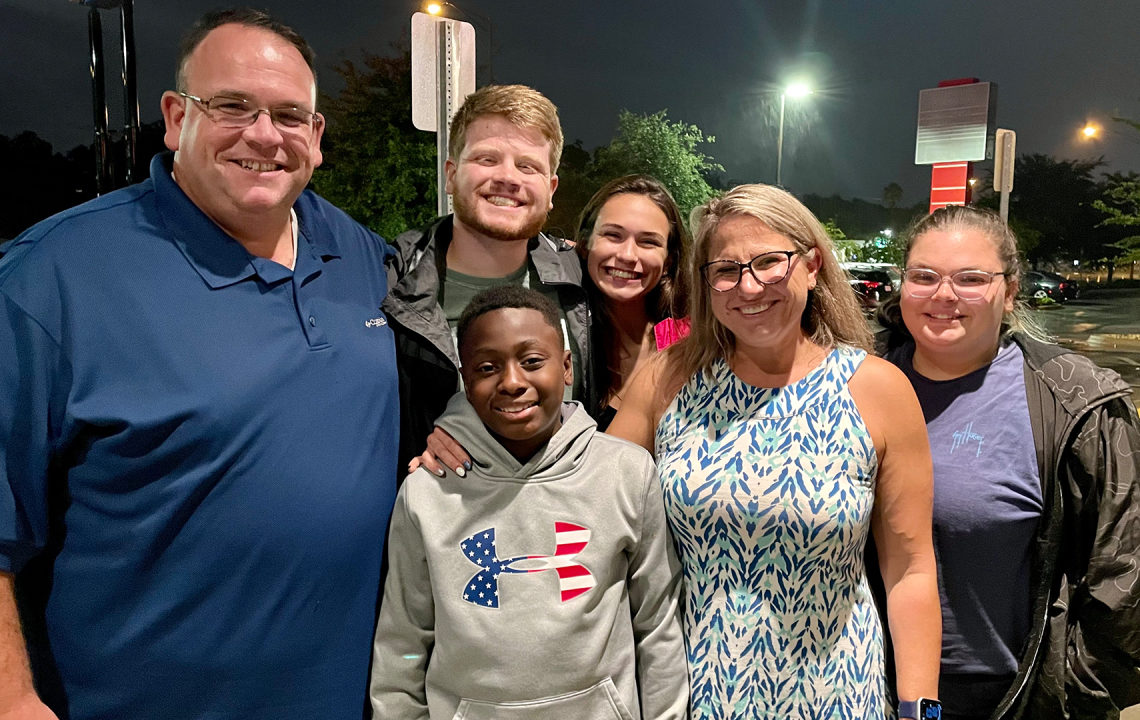 For most of us, childhood is a time of love and growth where we’re guided by our parents and sculpted by caring hands.

Sadly, of course, that’s not the case of all.

When I look back on my own childhood, the accumulated wisdom of years allows me to truly fathom just how good I had it, even if I couldn’t grasp it back then.

Stories like that of 7-year-old Ronnie from Tampa Bay, Florida, reinforce that fact beyond all doubt.

Little Ronnie, the Riverview boy who was stabbed and set on fire the night his mom and sister were murdered is moving forward with help from an @HCSOSheriff detective and his family who adopted the boy. https://t.co/j2SZs0HCF3 pic.twitter.com/xUCuFbfe9U

In March 18, 2018, a call was placed to 911 wherein mom Kenyatta Barron called for help, begging for her life. Ronnie’s father, Ronnie Oneal III, had just stabbed him and lit him on their in their home in Riverview, Hillsborough County. That same night, he murdered the boy’s mother and sister.

“By the time I arrived that night, we were told there was a child being medevacked to Tampa General, but he was not expected to live,” Blair explained, as per WFLA.

As a homicide detective of many years, Mike thought he’d seen and experienced it all. Turns out, he hadn’t.

Family that adopted young double-murder survivor shares their story of faith and healing for the first time since Ronnie Oneal III’s murder trial.@WFLAJeff has little Ronnie’s story of survival and adoption TONIGHT at 6 on @WFLA.https://t.co/MCcdXpg3VZ

Detective Blair’s involvement came predominantly not through the case itself, but via the bond he would form with little Ronnie after a trip to the hospital.

He said: “The easiest way to surmise the whole, this is – it’s been a God thing for us.”

Detective Blair was able to bring Ronnie things from the Tampa Bay Buccaneers while he recovered in hospital. The two struck up a friendship, and one night, when Mike was leaving, Ronnie reached out and took his hand.

“He kind of held on to my hand as I left, and he said, ‘could you watch a movie with me?’” Blair said.

‘She was just a good mom’: Little Ronnie tells @WFLAJeff how he wants people to remember his mom & sister after Ronnie Oneal III trial. Watch tonight at 6: https://t.co/9rElJAxOVf pic.twitter.com/2QEBEhFnm1

Detective Blair had to leave for work, but came up with an idea.

“We (he and his wife) were planning to go on a date night that night and I said, ‘hey, instead of doing date night, do you mind if we watch a movie with this kid?’” said Blair.

Mike and partner Danyel Blair have five kids of their own, but they put aside plans for their date and instead went to the hospital together.

“I had already known that I would want to take Ronnie home with us, starting that night,” Danyel said.

At the same time, a Guardian Ad Litem was supervising Ronnie’s care. The Blairs happened to meet said Guardian in the hospital.

“I kind of did the polite, ‘if he ever needs anything, give me a call,’” Detective Blair said.

And it wasn’t long before he got a call.

“When I got the phone call, I was driving, and I was driving by our church and the guardian was asking, ‘do you know of somebody who can help us out,’” he said.

For Danyel, she knew the time had come.

She said: “I had already started praying that God would soften Michael’s heart and say, ‘OK yes, we have a place and Ronnie belongs home with us’.”

Not only that, but Detective Blair’s other children were right onboard.

“My kids had come to me at one point in this period of time and said to me, ‘Dad, you just need to go with Mom on this; we need to start fostering,’” he said.

A judge sentenced Florida man Ronnie Oneal III to three life terms plus 60 years in prison to run consecutively for the murder of his girlfriend and their disabled daughter, and the attempted murder of his son. https://t.co/9HiQv0byGm

Fast forward to present, and 7-year-old Ronnie has a new forever home.

“They are really nice people. They are the best moms and dads, and they really take care of me. There is no one else better than them,” Ronnie said.

As for the family mantra, Detective Blair said Ronnie repeats it when he’s stressed. It goes: “It goes; ‘I am safe, I am loved and I am part of this family’.”

My heart goes out to Little Ronnie. I can’t imagine the strength and courage it takes to endure what he has gone through.

A huge thank you must go out to Detective Mike Blair and his family, who have given this young boy hope when he needs it most.

Please, leave a comment on this article on Facebook if you, too, think what they’ve done is wonderful.