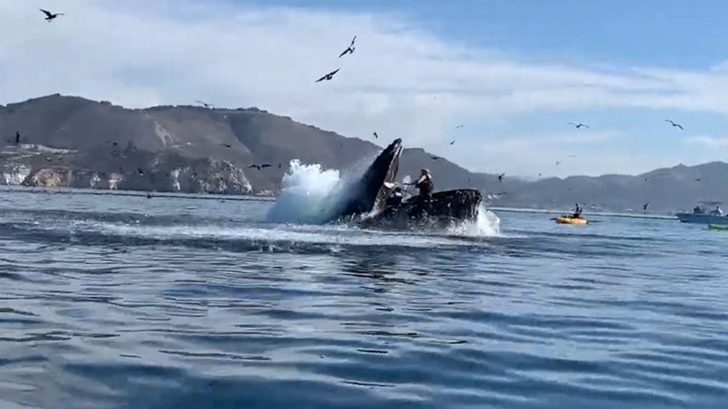 The two kayakers, Julie McSorley and Liz Cottriel, were hoping for a peaceful day of whale watching off California’s Central Coast. Their plans were upended when the massive whale surfaced beneath their kayak, lifting them into the air.

“I kind of went blank,” Ms. McSorley said in an interview. “It was a matter of a second or two.”

“All I saw was white and I pushed my hand out and I thought, ‘I am getting crushed,’ because I thought it was either going to land on me or I was going to drown,” Ms. Cottriel said. “I am literally looking inside the whale’s mouth.”

This isn’t the first time we’ve seen a close encounter like this. Watch the video below to see the moment a paddleboader got surprised by breaching whale: