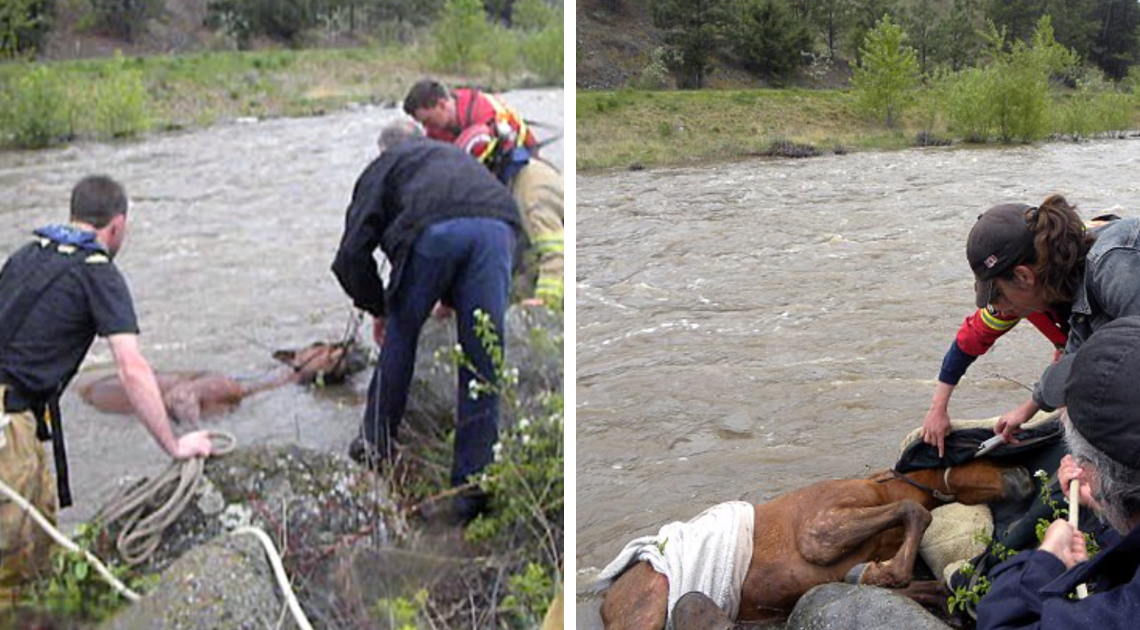 As a women was walking in Ontario, Canada, she spotted something in the raging river next to her. She had no idea what it was or what to expect. Read about this amazing story below! 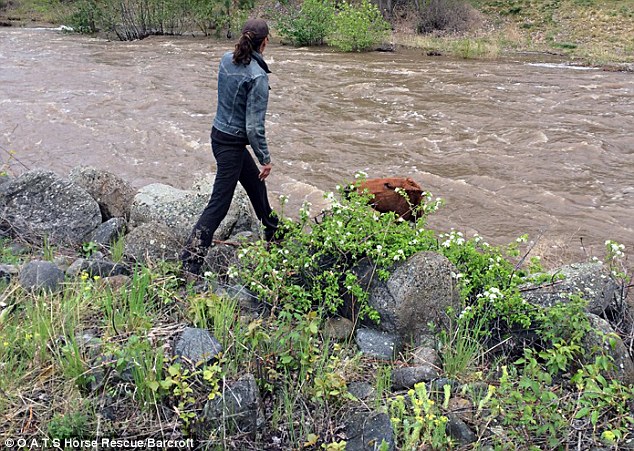 I wonder what it is. 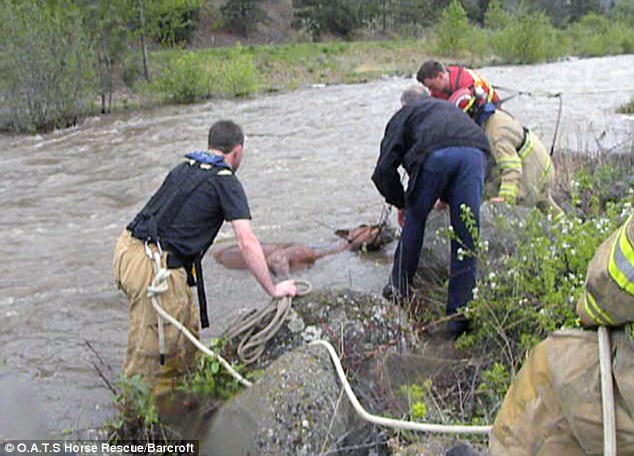 Upon looking closer, she realized it was horse who was quickly sinking. Rescue teams worked very carefully to help this drowning horse. Rescuers tied a rope around the horse’s neck. It took several attempts to get the rope around its neck. 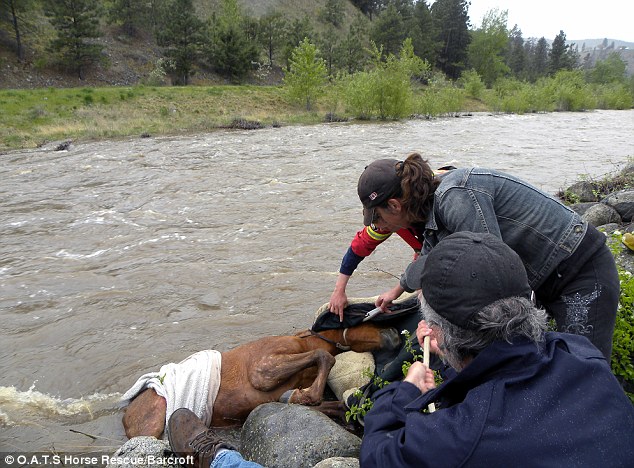 Boulders in the water prevented the horse from being able to climb on land.

The horse was finally pulled onto the river bank where he slept with exhaustion. 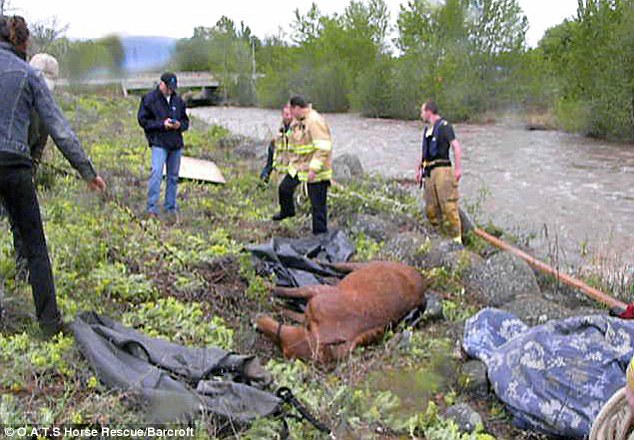 The horse weighed over 500 pounds. These rescuers are true heroes! 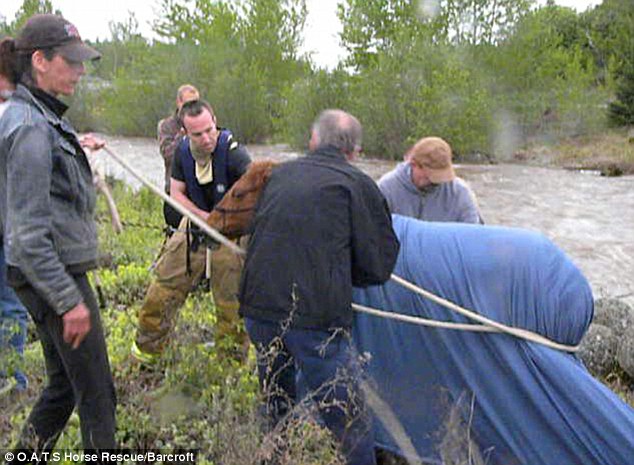 You can watch the entire rescue on this video below: