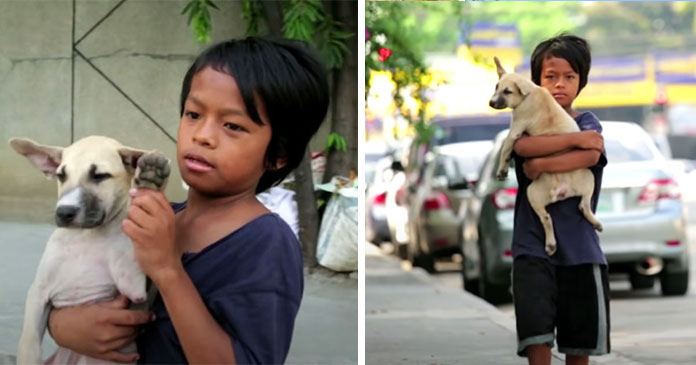 When two beings experience the same situation, they become close. Maybe they know the problems, they both are facing. Their situation is the same and their problems are also the same. It is really heartbreaking to see two young lives on the streets. But that was their destiny and they found each other to give company.

Here is the story of two young lives who live on the streets. Photographer Maria Kabs saw a little boy named Rommel Quemenales who was living on the streets of Quezon City in the Philippines. He decided to take some photos of him. 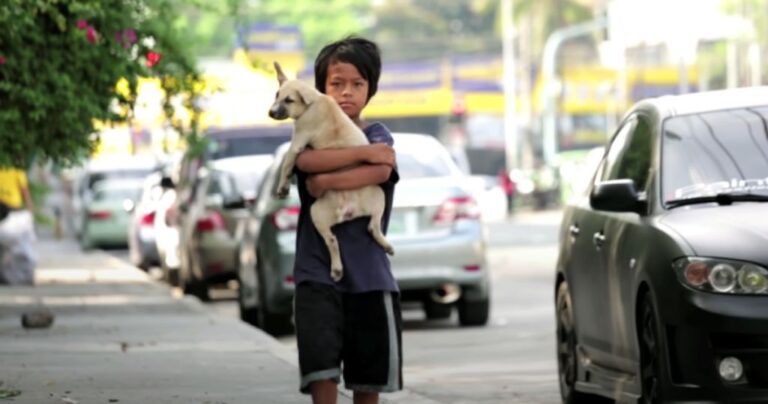 The photographer was really touched when she saw that the boy was not alone. He had found a companion and his companion was a street puppy. He adopted the puppy and they are giving companionship to each other.

Rommel’s story is very sad. He told that his parents had separated. He had to quit school after second grade. He also has one sister who lives in another town. He sometimes visits her whenever he has the money.

Rommel named his dog Badji after his brother Badji who disappeared many years ago. Rommel said that his little brother Bdji got lost when they were younger and that Badji the dog reminds him of his brother. Rommel takes Badji everywhere with him, and he takes care of the dog’s needs before his own. 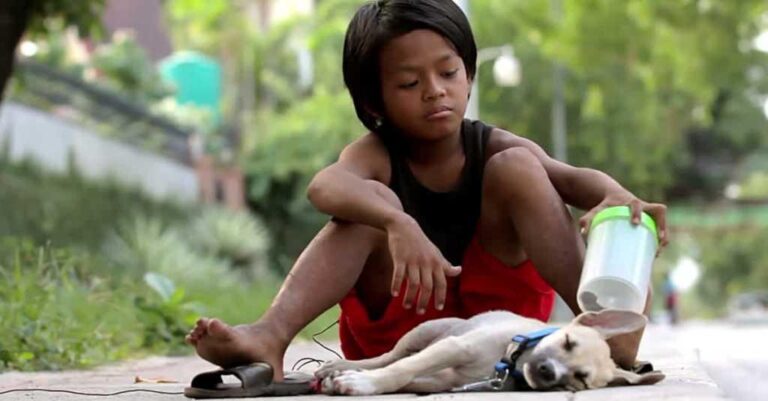 Kabs was very much impressed by their friendship and she photographed them together. It is not like Rommel had much to offer to the puppy. They only share their great friendship and love and the puppy wanted only love from him. They’re the most heartwarming pair you’ll ever see!

Kabs published their photos on Facebook and they touched many hearts. People were really impressed by their friendship. Everyone wished that the boy and the puppy should get a good home. But they are happy that they are having each other.

Now Badgi is his best friend and they usually play together. He teaches him several new tricks and loves to cuddle with him at night. We hope that both of them have a better future.