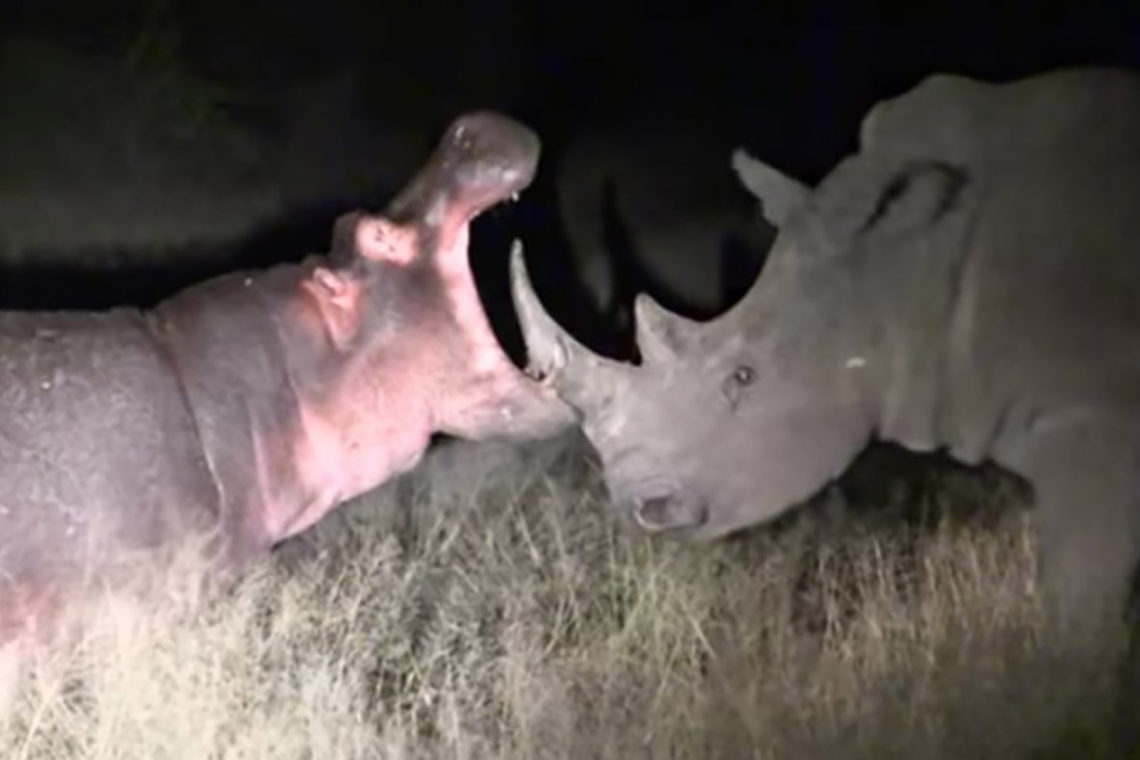 Most of us know that hippos are not the cuddly creatures they’re made out to be in movies and TV shows. Credited as the deadliest large land animal, they’re known to be extremely aggressive and unpredictable. Weighing in at more than 6000 pounds, at least 500 deaths are attributed to hippos each year in Africa — And that’s far more people than fall victim to predators like sharks.

But what happens when a hippo comes head to head with another major powerhouse? Perhaps a rhino? Another powerful creature not to be messed with, rhinos have pure strength and a deadly horn at their disposal. So in the battle of rhino versus hippo, who would come out on top?

In the case of this video shot at Kruger National Park, the rhino seems to assert itself as the top dog.

It all starts innocently enough; A visitor in South Africa encounters both a hippo and a rhino in close quarters. The hippo is the first to show aggression – it bares its teeth right in the face of the rhino. 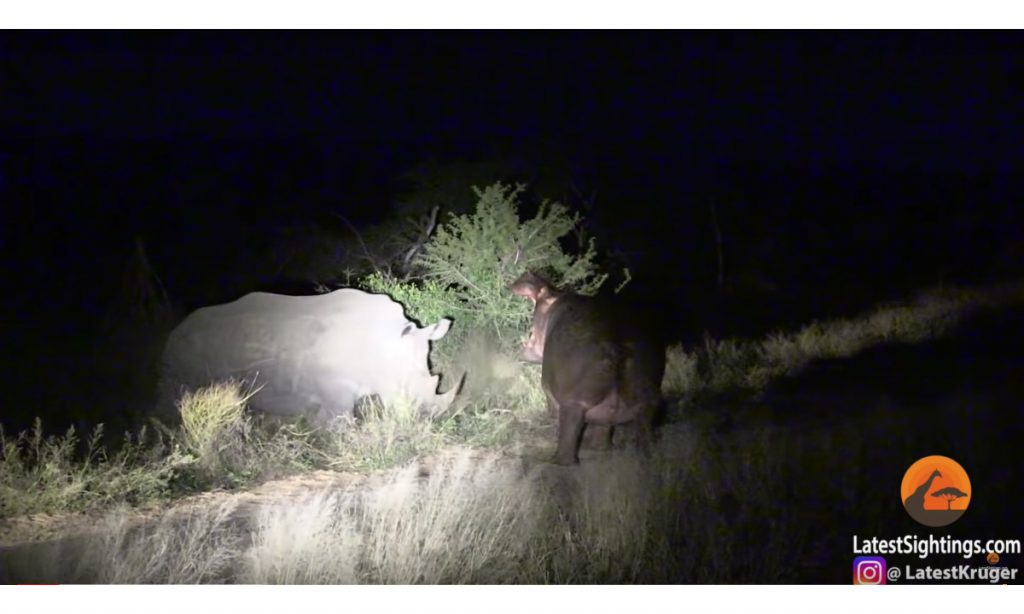 The rhino bucks back but ends up taking the high road by walking away. However, the hippo stays hot on its trail. The hippo continues to pester the rhino by nudging its behind and nipping at its tail, which prompts the rhino to turn around.

Strangely, as the observers in the video note, the hippo actually doesn’t seem to be acting aggressively toward the rhino. It almost seems as if the hippo is just trying to use the rhino’s horn as a toothpick. Unfortunately for the hippo, the rhino grows tired of its games and ends up putting the hippo on the receiving end of its horn. After this those filming the video can be heard saying, “That’s gotta hurt!”

This is more than enough embarrassment for the hippo. It accepts its defeat and escapes the scene.