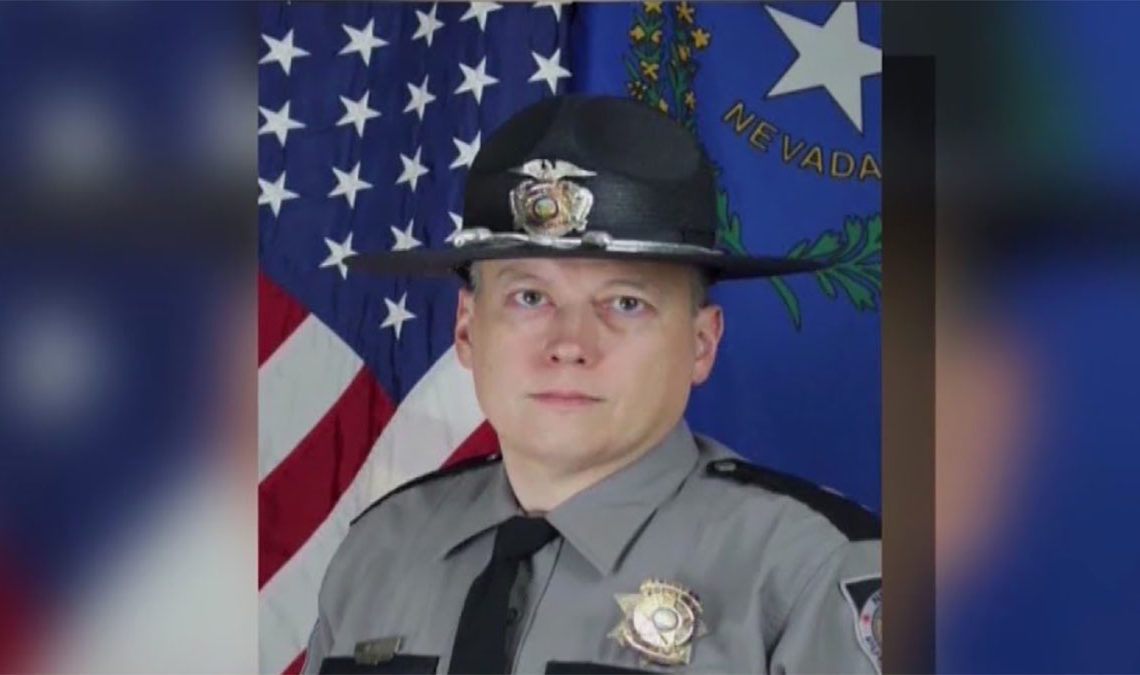 A Highway Patrol trooper who was hit by a vehicle while trying to help catch a suspected carjacker has died.

Trooper Micah May was laying spike strips on the road during a car chase when he was hit on Tuesday, July 27, Nevada Highway Patrol (NHP) said.

The 46-year-old father of two was airlifted to the hospital in a critical condition; two days later he died from his injuries, the agency said. 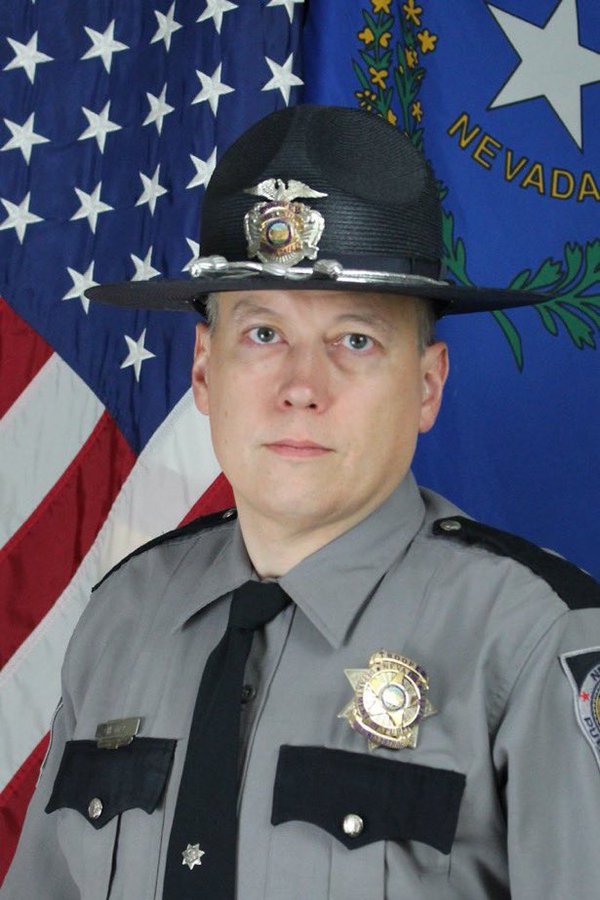 May had served with the Department of Public Safety Highway Patrol for 13 years.

The 60-year-old carjacking suspect led officers on a chase that shut down I-15 for several hours.

During the incident, the trooper attempted to deploy stop stick spikes to stop the vehicle. At that time, suspect Douglas Joseph Claiborne hit the trooper with his vehicle. 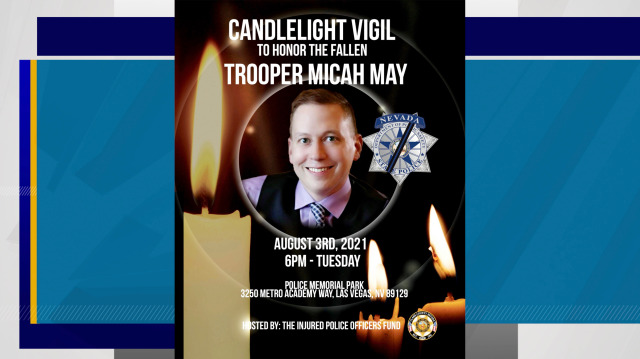 NHP says May is the 12th member of the agency to die in the line of duty.

“We pause and reflect on each of the men and women we’ve lost and their bravery,” NHP said on Twitter. “Rest easy, #6203. We’ve got the watch from here.”

The Injured Police Officer Fund is raising money to assist his family. 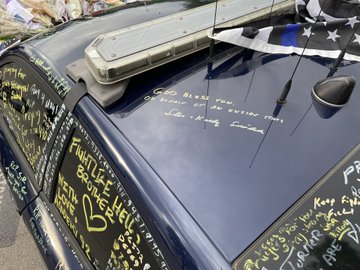 When May was fighting for his life in hospital, colleagues left messages on his cruiser urging him to get better.

After he succumbed to his injuries the car became a memorial to the fallen officer outside the patrol’s Las Vegas headquarters where his colleagues and members of the community lay flowers on his windshield and left messages of thanks for his service, as per the Las Vegas Sun.

In 2014, NHP says Trooper May was honored by the department and received the Medal of Valor for his courageous actions in the line of duty.

He also received awards for his contributions in the prevention and enforcement of impaired drivers. 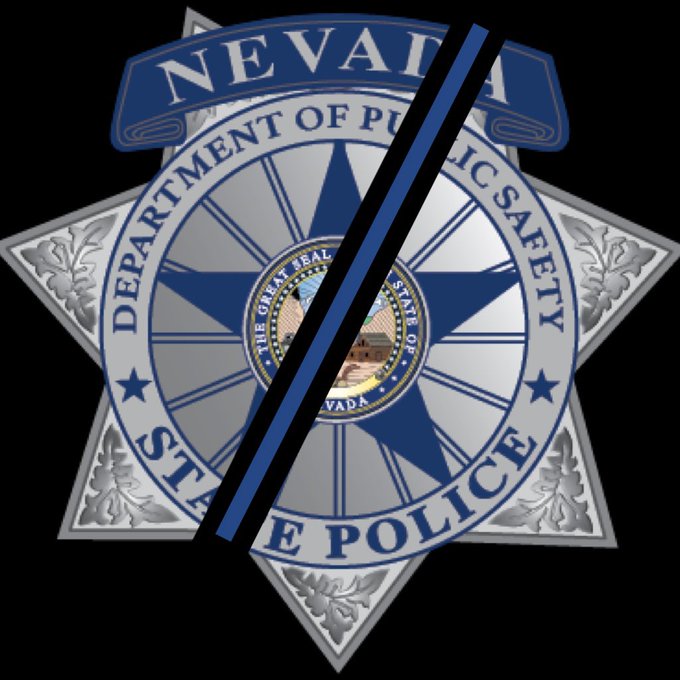 The Las Vegas office for the FBI said on Twitter that it sends its “deepest sympathy to the family, friends and co-workers of [NHP] Trooper Micah May #6203.”

The Bolden Area Command of Las Vegas Metropolitan Police Department wrote: “Our hearts are broken as we learn about the passing of Trooper Micah May. Our whole Bolden family is in mourning. You are a true hero sir, we thank you for your service & salute you!”

Nevada Governor Steve Sisolak said May’s “heroic actions and contributions to the State of Nevada will never be forgotten” and added he intends to lower the flags in honor of the trooper, as per ABC 13 News. 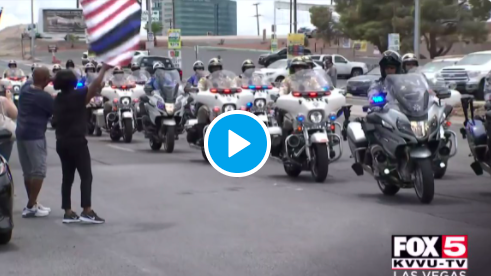 Trooper May died while trying to keep his community safe; my heart goes out to his wife and children. Rest in peace.

He is a true hero. Help us to honor him by sharing this story.