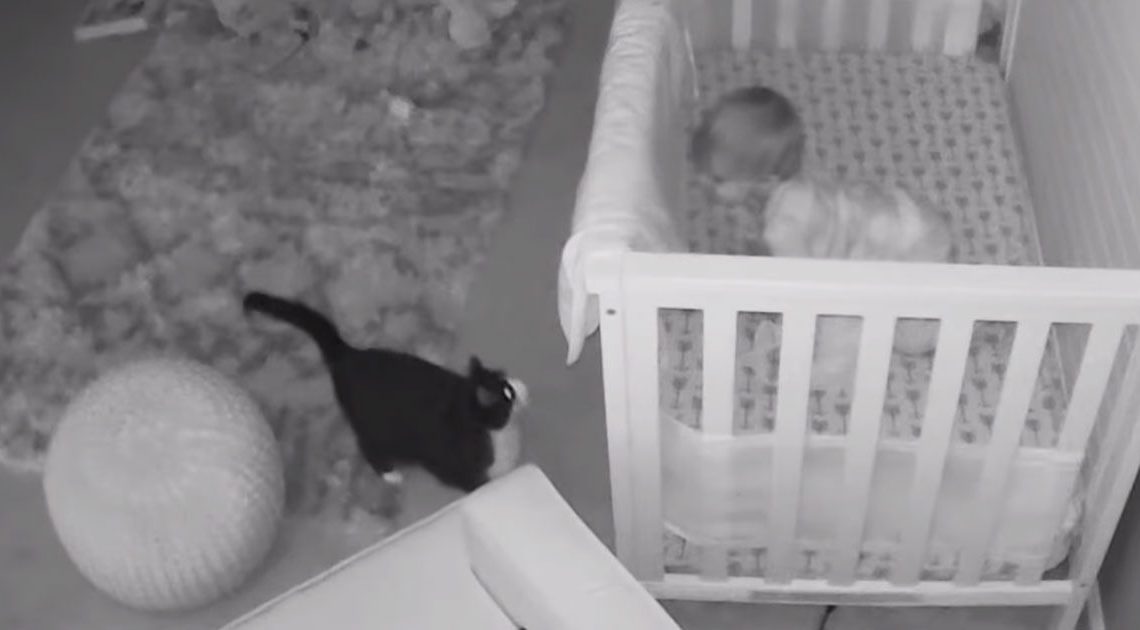 0
SHARES
ShareTweet
Do cats and babies get along? Lindsey Needham, mother from Columbus, Ohio, would say yes.
When she brought her son Brody home from the hospital…. 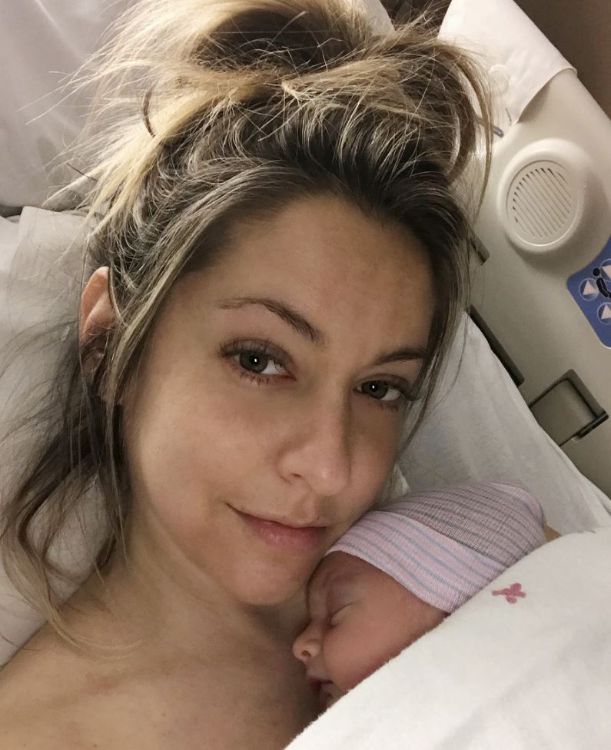 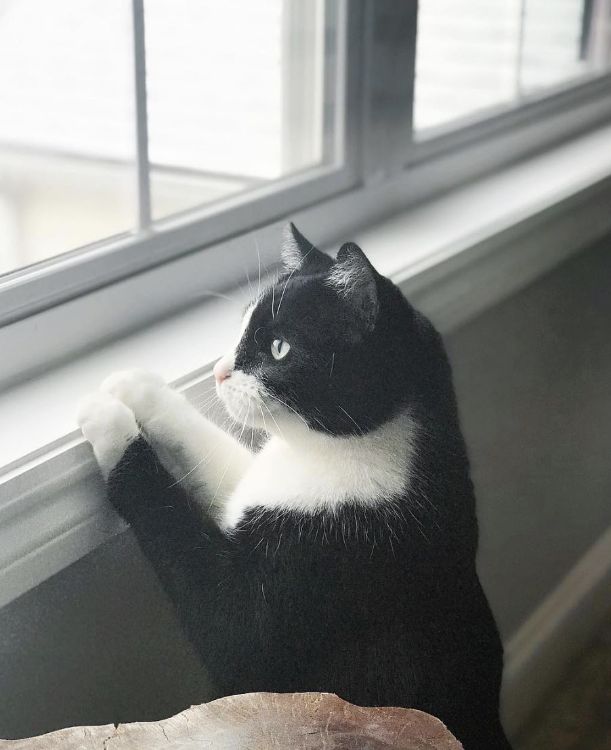 The connection was indeed instant.
Lindsey told Pawpulous, “Zora was always so patient with Brody when he was a baby. Brody just starting to crawl at 7 months and sometimes he would pull on Zora’s fur to bring her closer to him.” 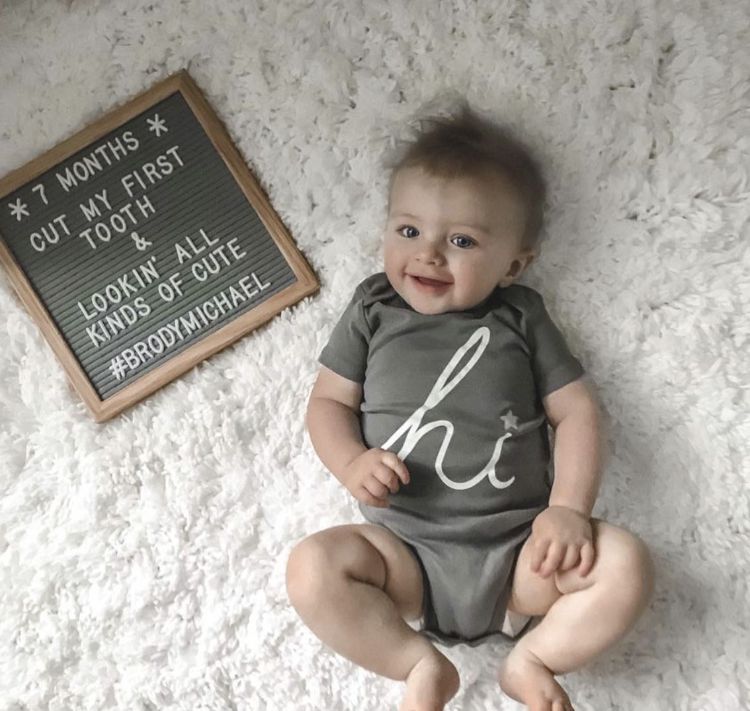 “Zora would never react aggressively toward him when this would happen. She would just lay there while we loosened Brody’s grip and stay put even after she was released. It’s almost like she understood that Brody was exploring his surroundings. They have the sweetest relationship.”
The caption on her Instagram reads, “I’ve got my milk, my cat, and Sesame Street. Life is good.” 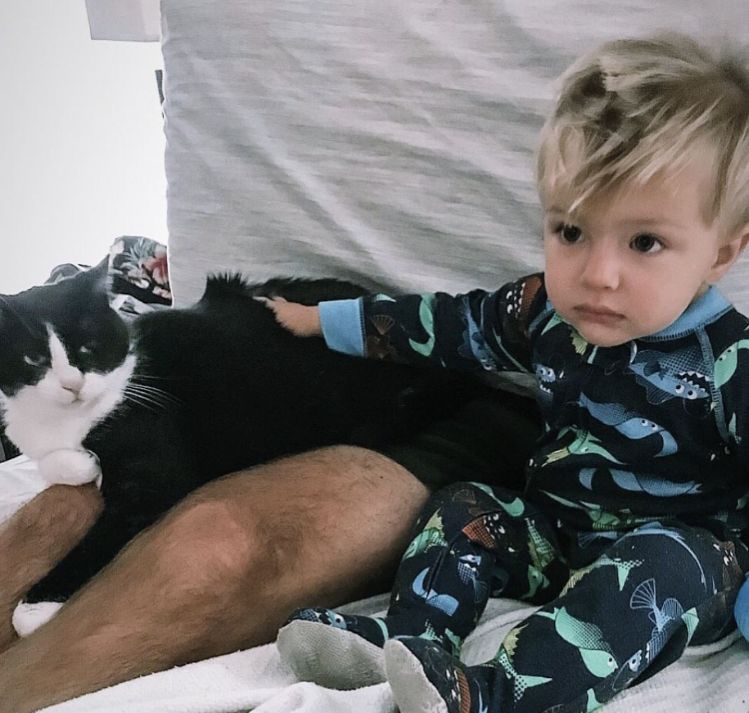 The bond between Zora and Brody got serious when Lindsey caught a precious moment on camera last month. 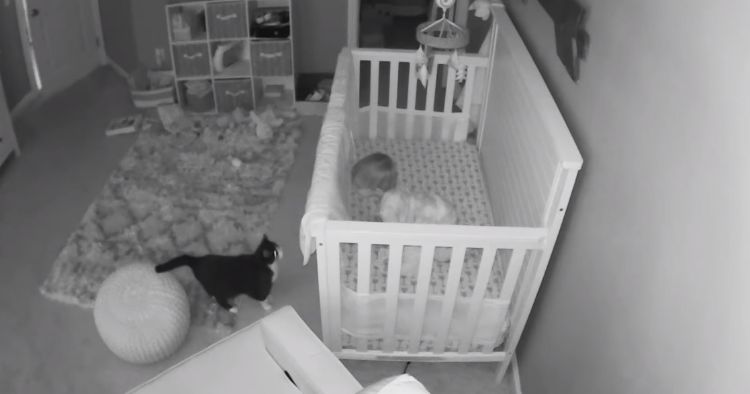 Lindsey writes, “We had just put our 18-month-old son down to sleep for the night, and shut the door to his room, or so we thought. Our cat pushed the door open to say goodnight as well.” 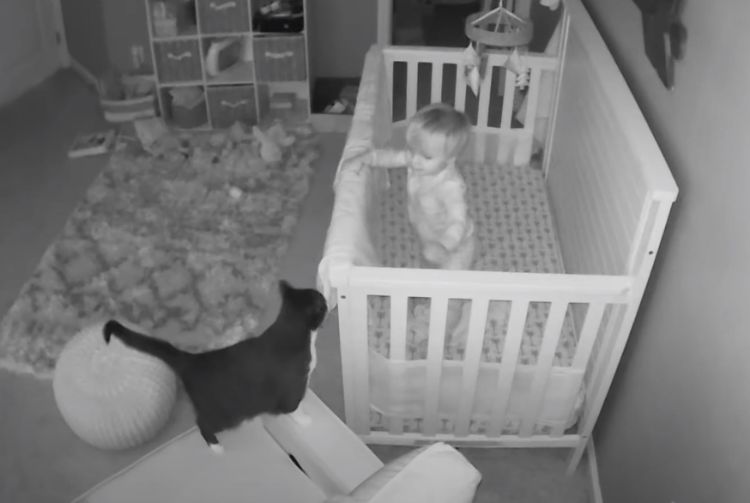 “She starts meowing at him in the crib, and he meows right back. She then jumps on the chair to get closer to him so they can continue their conversation.” 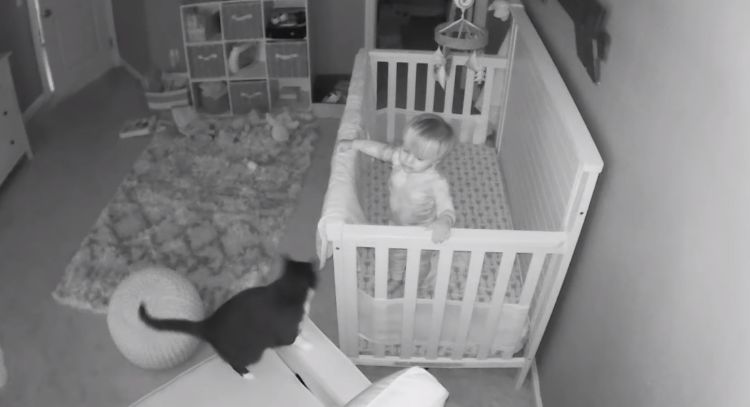 She continues, “He stands up to get closer to her, too. We had no idea this was happening until our baby monitor altered us of the noise.” Be sure to catch the full video below.
Needless to say, Lindsey and her husband got a good chuckle and went in to break up the party. After all, Brody needed to sleep!
Previous
Next