He Was Told To Clean Up A Llama’s Pen, Now Watch The Hilarity Ensue! 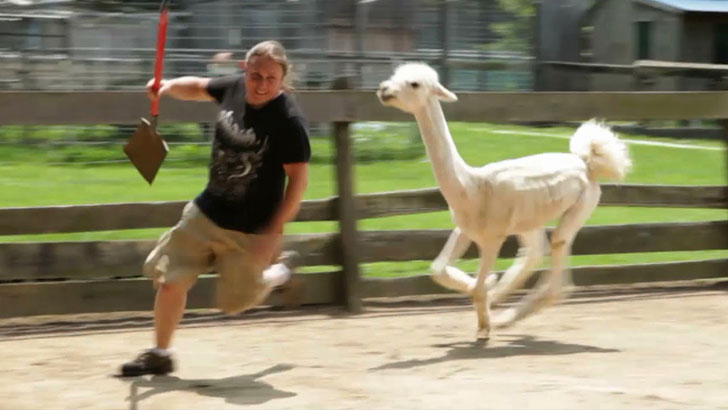 Apparently, Brian who is a TV producer was not familiar with the personality of these interesting and special animals. He tried taking on the role of a zookeeper for this llama-alpaca mix and thought that is going to be an easy job, which turned out to be quite the opposite.

This kind of surprise he definitely wasn’t prepared for. Opinionated llama showed him who the master of this domain was and after watching this video I would definitely think twice before trespassing into her yard.