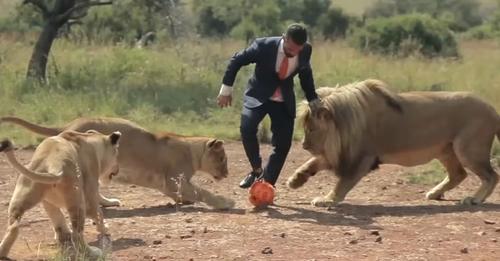 How did Dutch tailors Van Gils, decide to promote their new suit, designed for the Holland World Cup team? By getting a hot guy to wear it while he plays football with wild lions, of course.

South African Kevin Richardson, dubbed The Lion Whisperer, claims to have a special relationship with lions. He likes to get to know them over time and has even lived with them in the past. 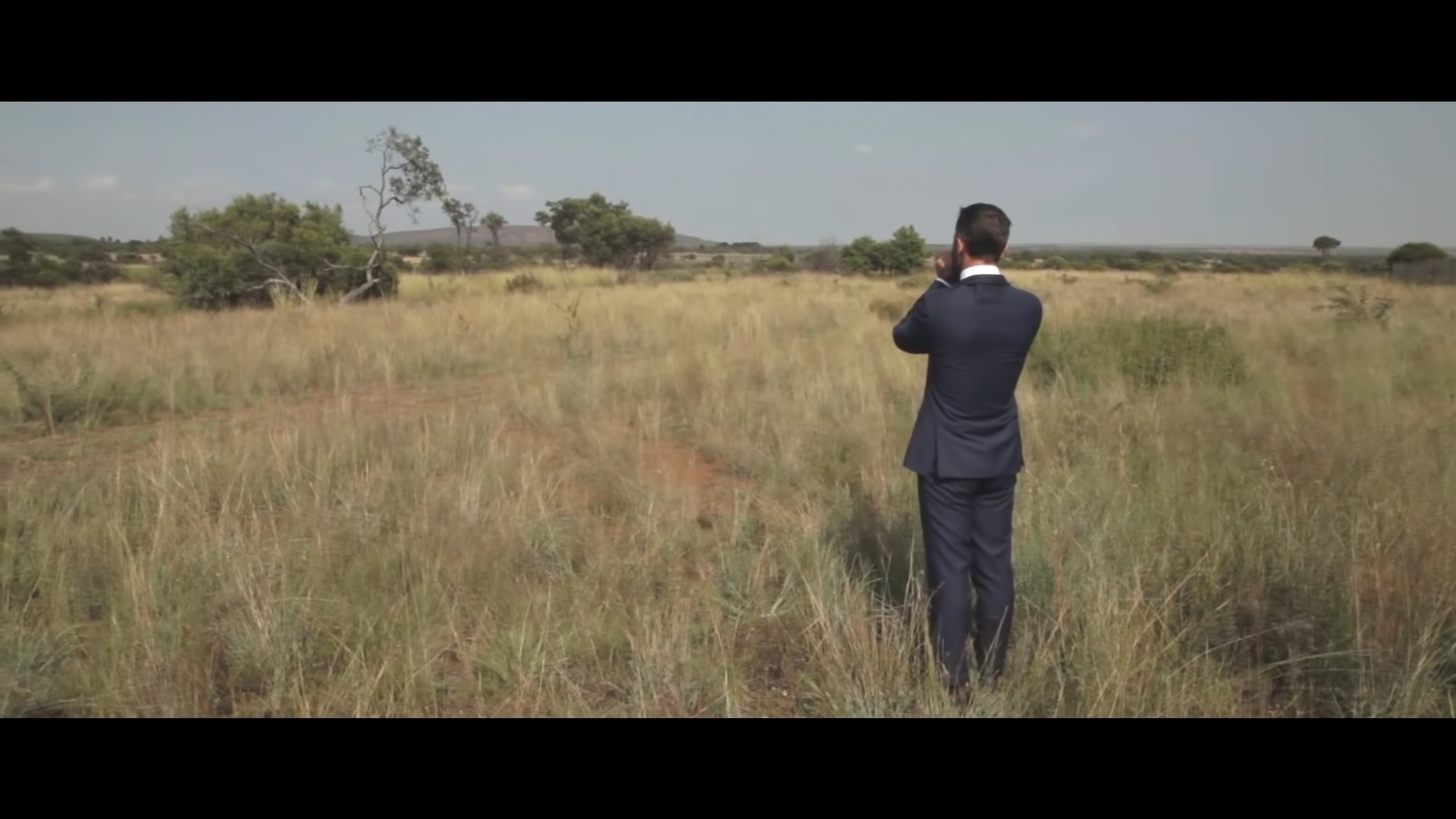 This time, Kevin joins the big cats for a relaxed kick about in his stylish Van Gils suit. We’re not really sure what’s going on to be honest, other than Kevin says his slick suit makes him feel strong and confident, like a lion. Okay then. 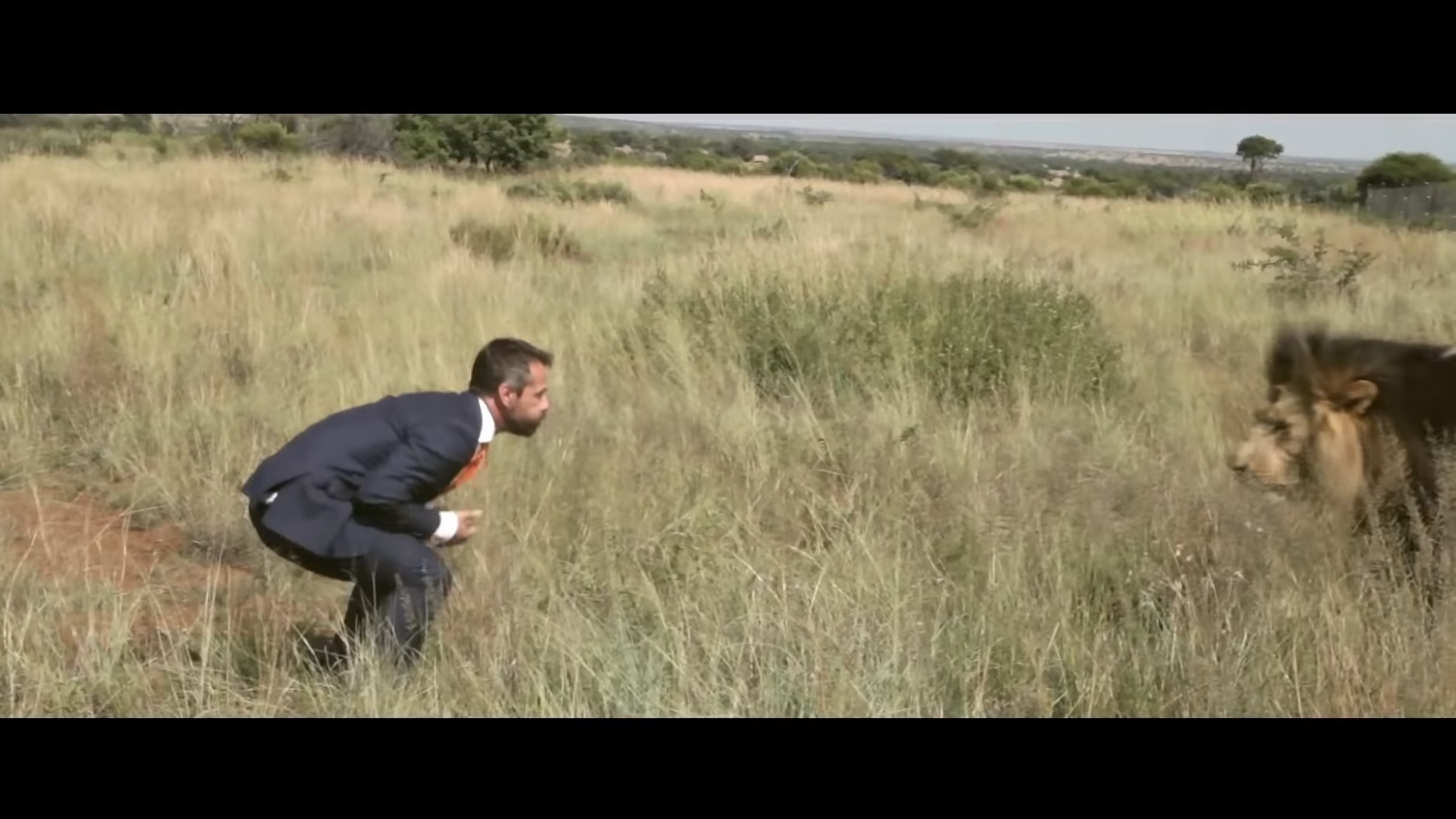 One thing though Kevin. We know you’re the expert and all that, but we’re not convinced it’s a good idea to slap a lion on the ars* and say ‘Time to play some football you p*ssy’. Remember what happened to Siegfried & Roy. 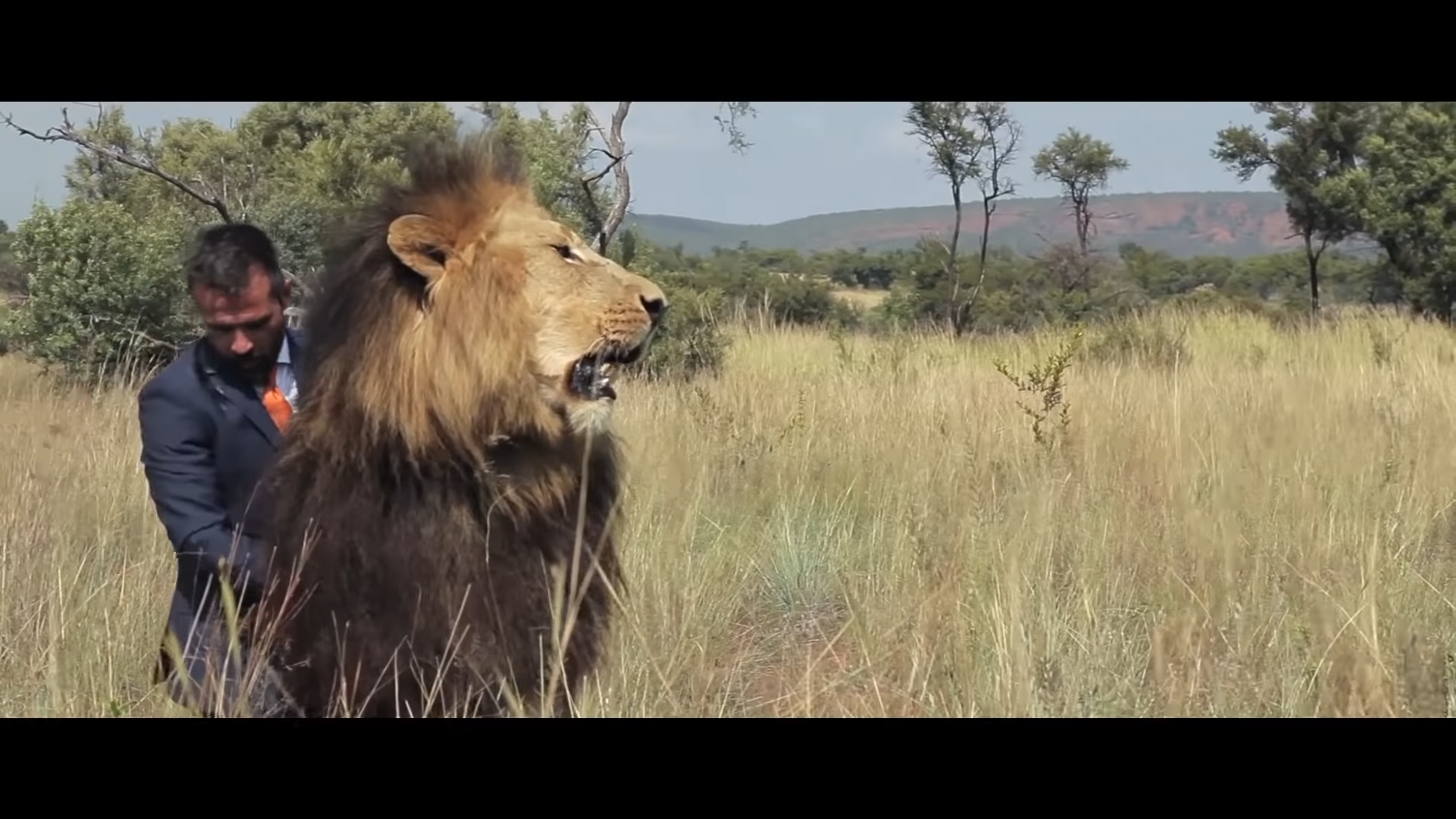 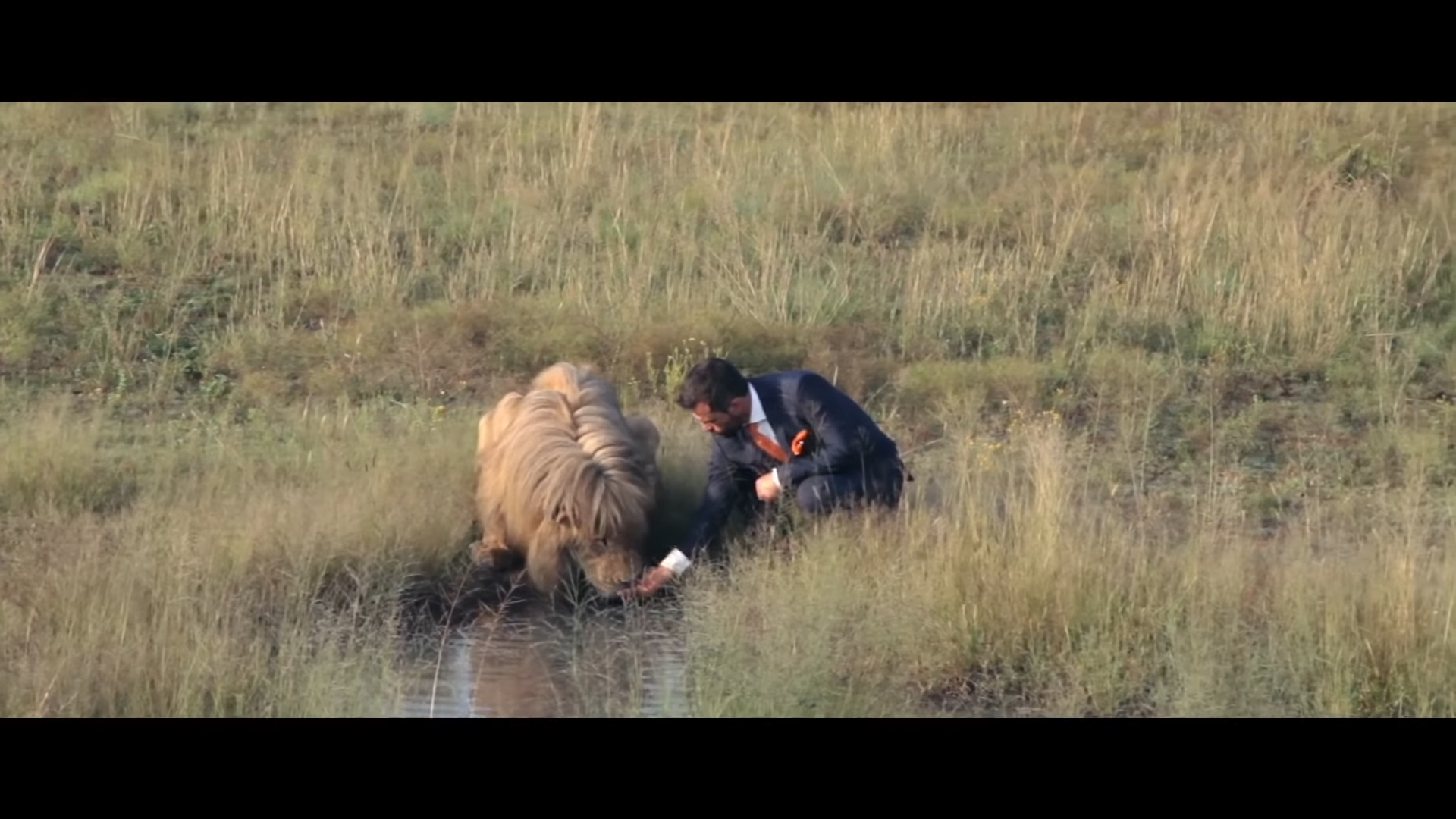 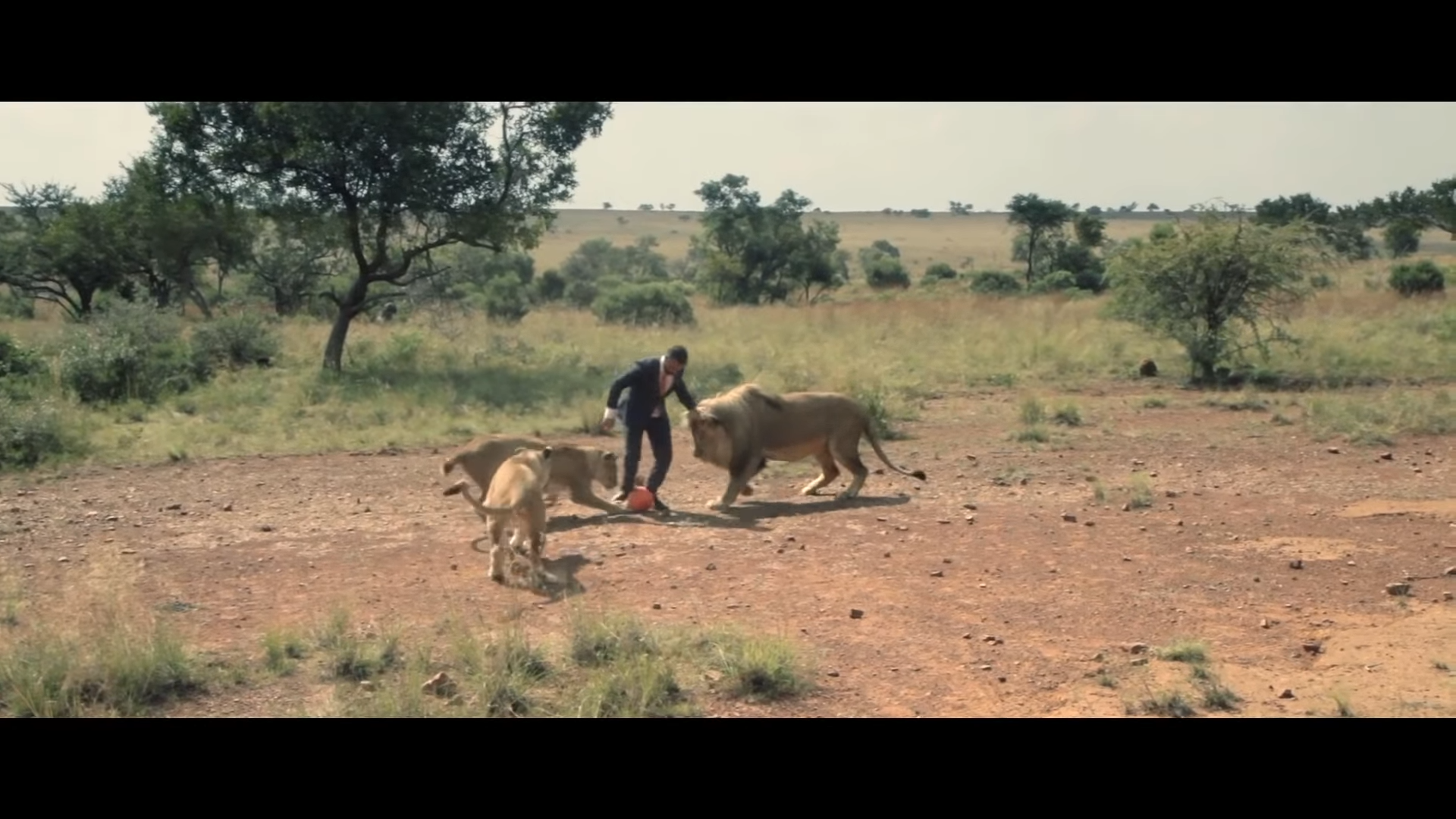 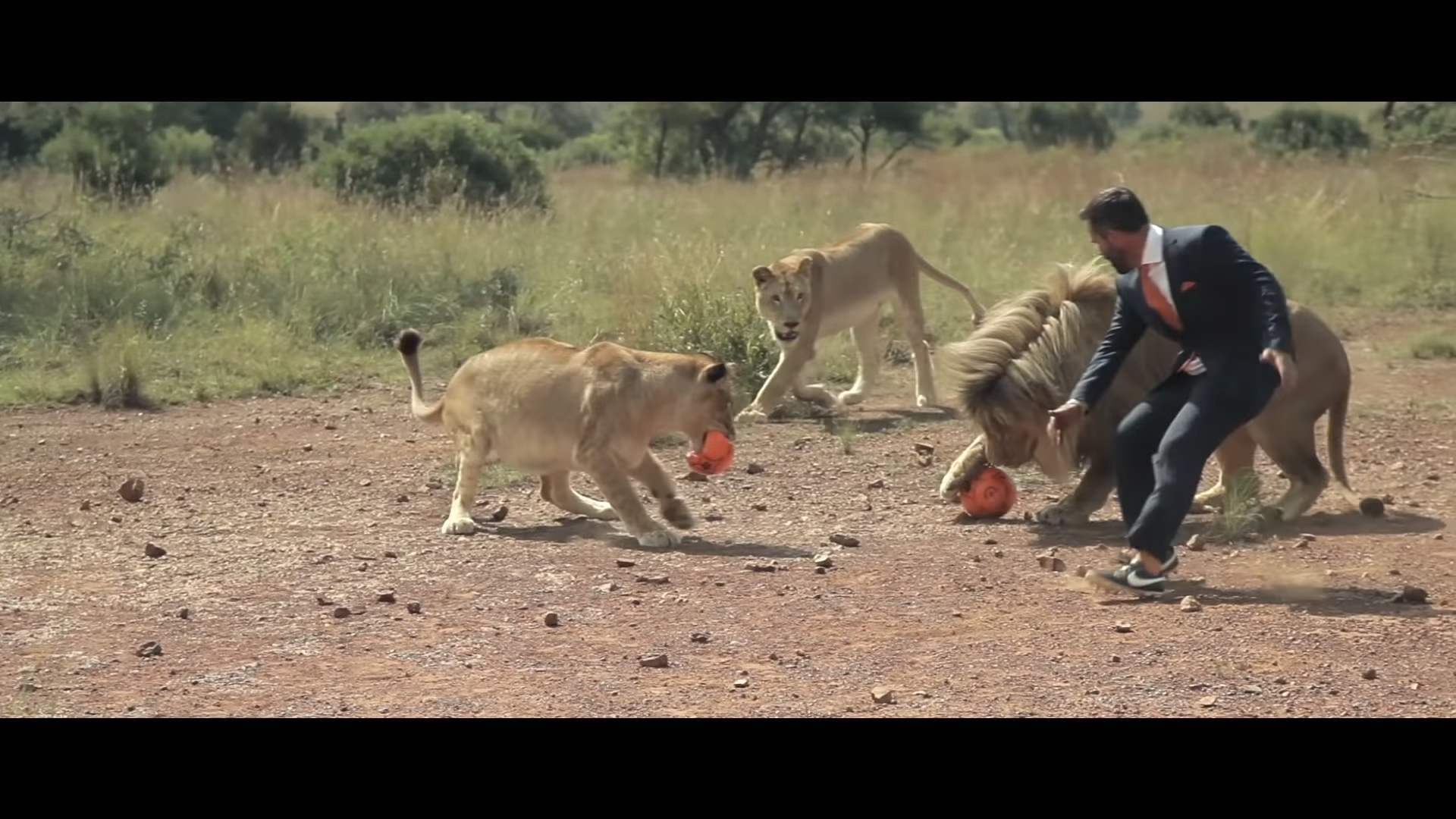